some of the beautiful historical buildings of Potsdam.....

There are many websites dedicated to Potsdam and it's history.

The following are a couple for you to look at.

One of them is HERE and another is HERE
Potsdam, south west of Berlin, lay just outside West Berlin after the construction of the Berlin Wall. The walling off of West Berlin not only isolated Potsdam from West Berlin, but also doubled commuting times to East Berlin. The Glienicke Bridge across the Havel connected the city to West Berlin and was the scene of some Cold War exchanges of spies.

After German reunification, Potsdam became the capital of the newly re-established state of Brandenburg. There are many ideas and efforts to reconstruct the original appearance of the city, most remarkably the Potsdam City Palace and the Garrison Church. 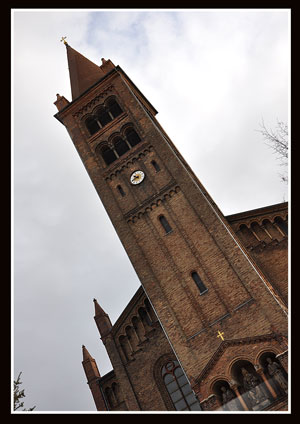 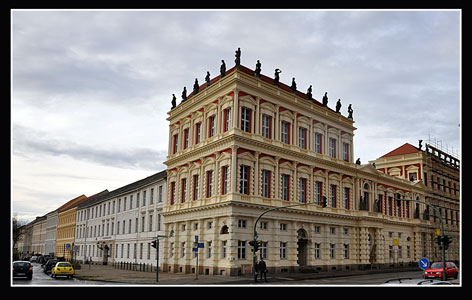 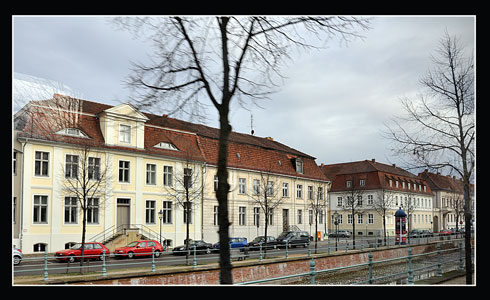 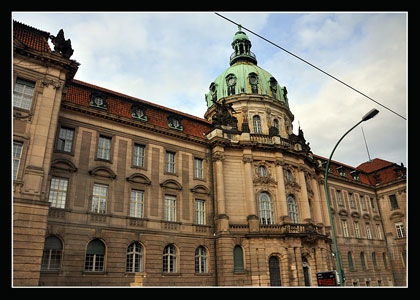 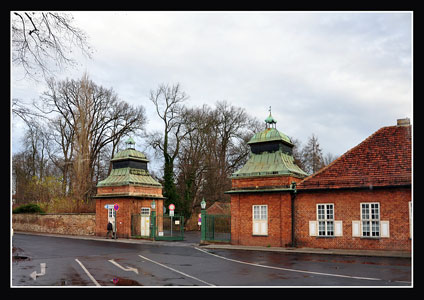 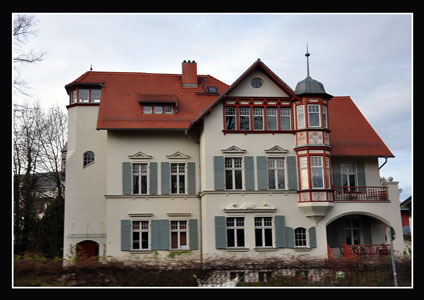 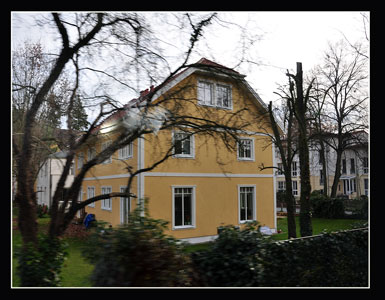 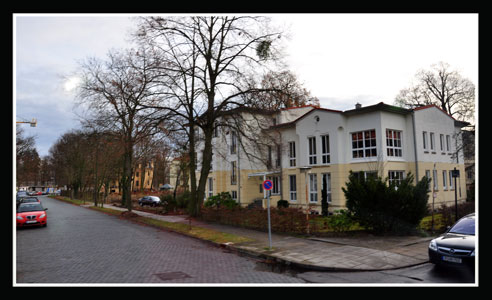 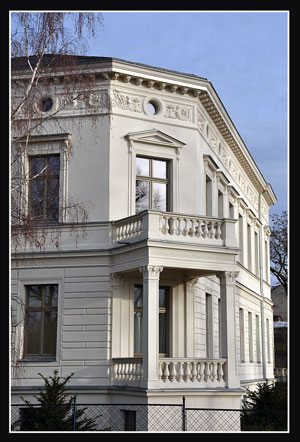 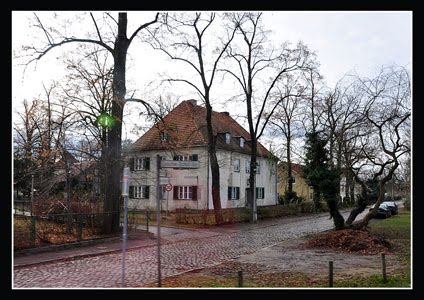 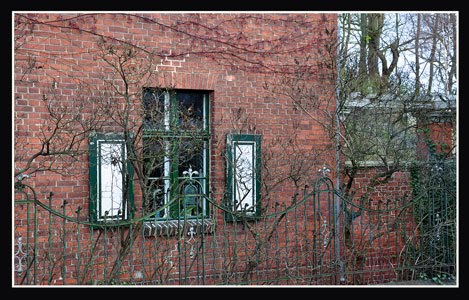 this is why many of them have reflections or are 'blurry'!

If you missed the posting about the streets of Potsdam