The women folk getting ready to make the Kolam designs ...... 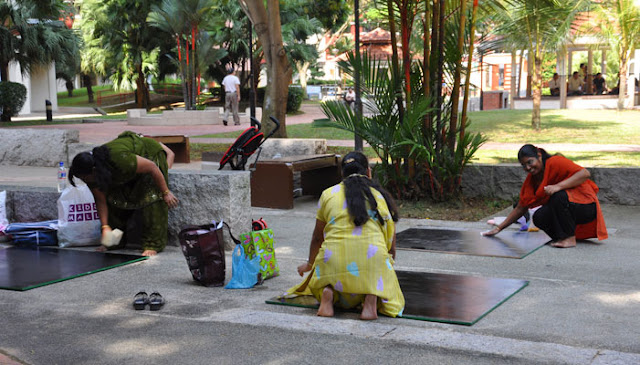 When it comes to making kolam in Pongal, the drawing art deserves special mention. During the festive occasion, people indulge in making the aesthetic art of kolam at their veranda. Rice flour is used to make different patterns of kolam for Pongal. It is a popular belief that the bright red color, which is used to border the kolam, wards off evil spirits. Not only the women, but also the rest of the family members get engrossed with the task of making beautiful kolam designs, for the festival. Apart from the households, kolam is also made outside shops and offices, on the festive occasion of Pongal. 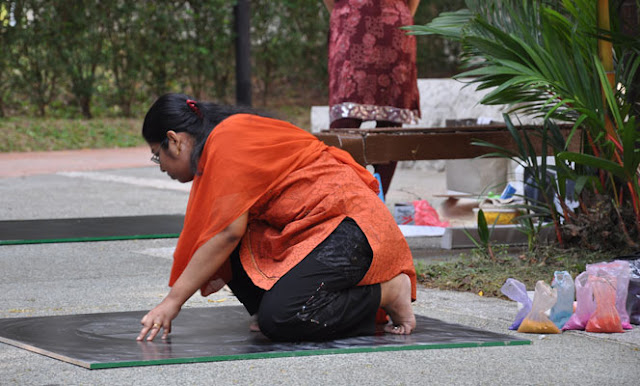 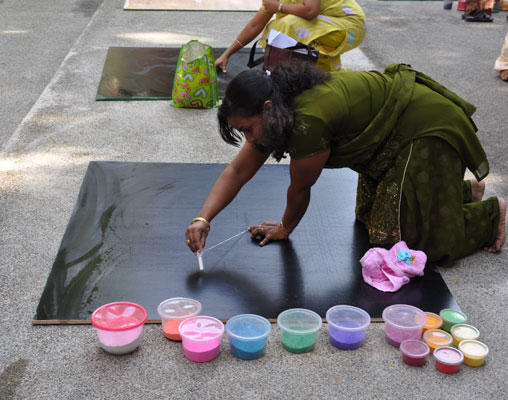 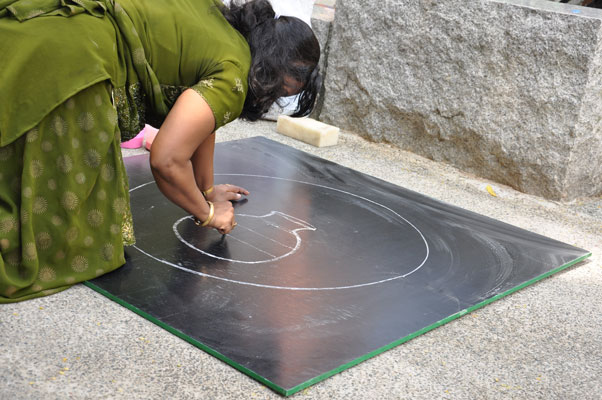 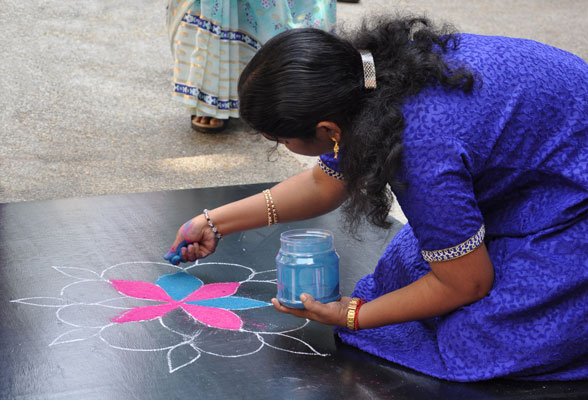 Pongal, the harvest festival of Tamil Nadu, is celebrated with fun and fervor. It is the time, when farmer thank Mother Nature for blessing them with a bountiful harvest. During the festive season, people ensure that their home and premises are kept spick and span. They would get up early in the morning, offer prayers to their favorite deity and make a beautiful kolam (rangoli) at their entranceway. Kolam is an art of drawing images and geometrical shapes on floor, by synchronizing with dots. Drawing kolam is considered auspicious. In fact, no verandah of a Tamil household is left without kolam. Making both simple and intricate designs of kolam on Pongal is a tradition followed since long. 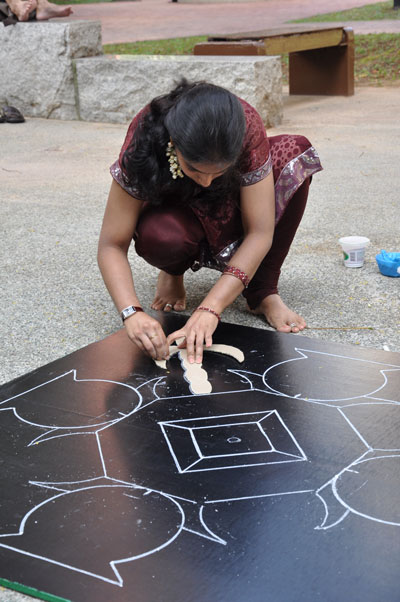 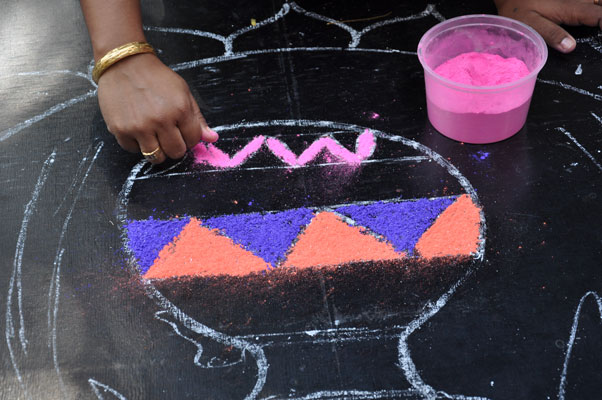 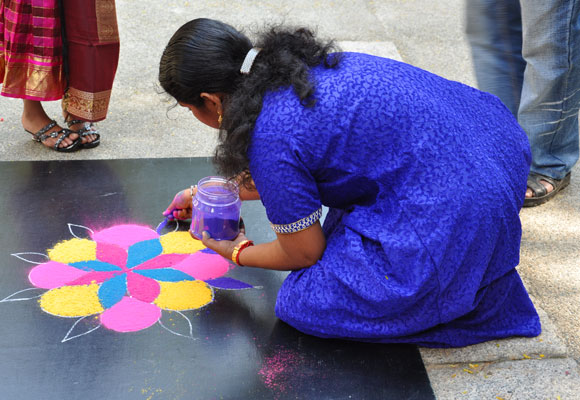 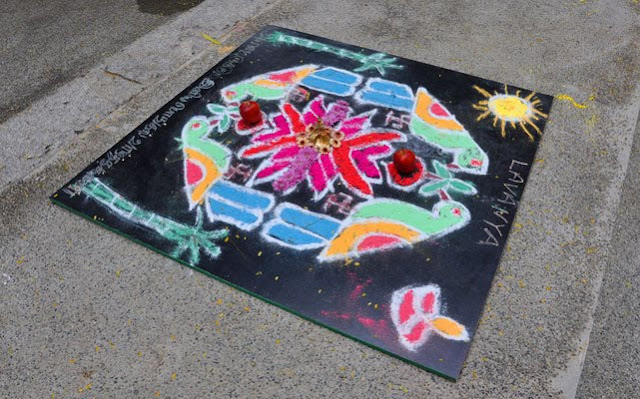 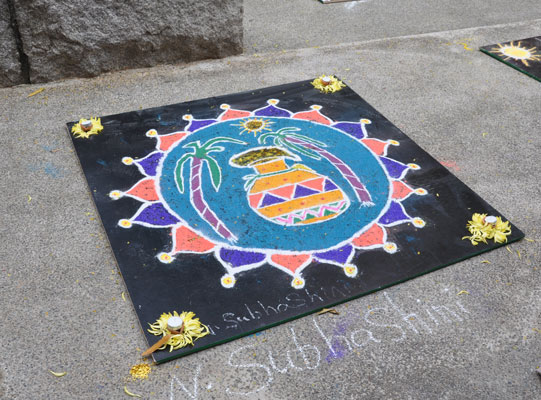 Although the designs may vary, the basic idea of kolam remains the same - to draw beautiful designs on the floor, using dry colors of rice flour. The tradition of making kolams on Pongal is not new to the Tamil people. Its history can be traced back to the Indus Valley Civilization in 2500 BC, when people used to make elaborate designs of kolam are made using white and other color powders and rice flour. According to the legends, Gopis used to make rangoli to lessen their pain for not having Lord Krishna with them. Since a long time, kolam has been made in ceremonious occasions in Tamil Nadu.

and the above Kolams were at the Pongal Festival we attended yesterday - Sunday January 17 2010 - in Singapore.

How interesting! I had no idea there was even a Tamil festival happening now. Loving your photography, thank you for this informative and beautiful set of posts.

Those are gorgeous!! I can't imagine all the wonderful things you're experiencing living there...thanks for sharing with us!