this continues on from the posting of the 'everyday person in Berlin'...... first two image's are of the many Bosnian women that beg on the streets of Berlin: 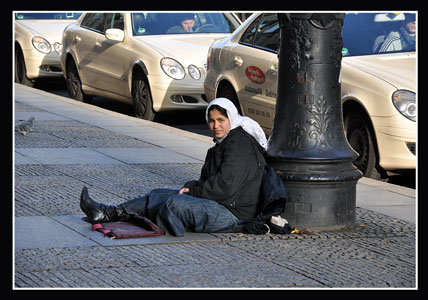 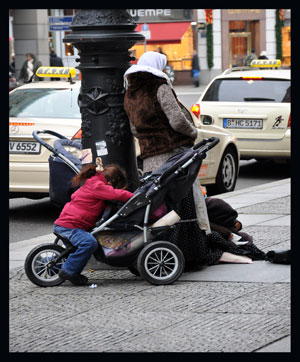 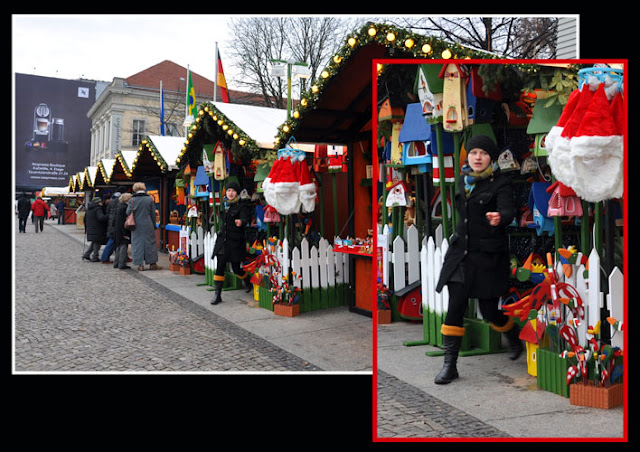 The above image needs an explanation.

You have to remember I was wandering the streets of East Berlin where most people are a little wary of anyone walking around with a camera. So I was taking a photo of a row of shopfronts of the Christmas Market. Not taking a photo of any particular one nor of any person .... except this woman came running out yelling at me to not take a photo of 'her house' as she was calling the police. She had her cell phone out and was doing just that .... I tried to say that this is a public road and that I was not taking a photo of her or 'her house'.

But she could not see reason. Best thing for me to do was just to walk off and not take any more photos in this area....... once back at the hotel room, I enlarged the image, cropped the young woman in question and added it to the original image to show you how agitated she was that I was taking photos of the area.

Next two image's are of two more 'beggars' .... I saw many of them in the streets, most just sitting there with a cup or bowl requesting money. But the one below was of a woman walking the streets holding out a cup to all people walking by..... 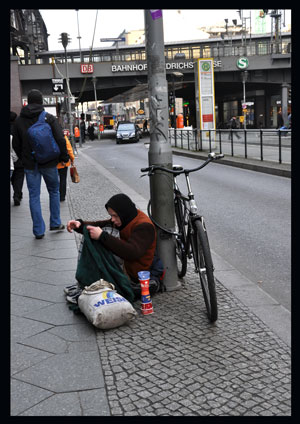 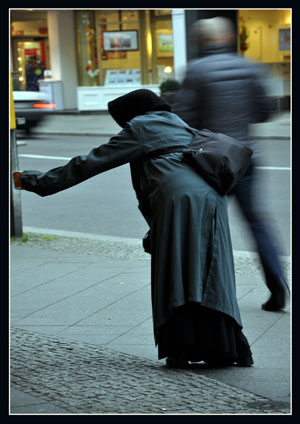 Next image is of a man crossing the street ...... can only assume he was on his way to one of the many Christmas Markets in the area...... 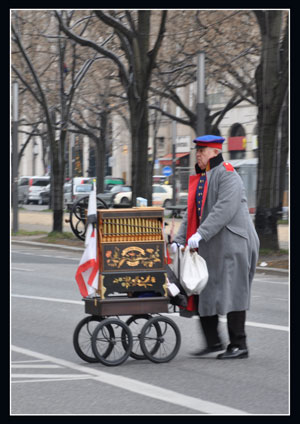 ha ha ha .... now the above image also needs some sort of explanation..... here I am on our first day in Berlin taking a photo of a man selling Bratwurst Sausages on the street . He had the most amazing 'mobile machine' to cook and keep the food hot, so while his head was turned away I took a photo, except that the minute I put the camera up to my face he spun around and squirted me with the bottle of mustard sauce!!

But over the next 10 days I saw many of these people selling sausages on the streets and they were all popular with the local people.

Again, once back at the hotel I enlarged the image, cropped the 'sausage seller' and attached it to the original image.

I'm afraid I couldn't (wouldn't) buy anything from someone with such manners...

Not a fun place for those of us that like to take pictures huh?

Great pictures..I'm having fun catching up on your trip!

Great shots - even if they cost you a bit of dignanty - why in the world are they so hostile? Makes a person wonder. I love the shots - and that mans sausage mobile machine is great! Wonder if his back hurts?