The history of the Berlin Wall is best read through the following website:

The History of The Berlin Wall.


The following map - a photo I have taken of a map on a wall near Checkpoint Charlie - this shows where the BERLIN WALL divided east and west. Note the red line to the left and along the bottom of the image. 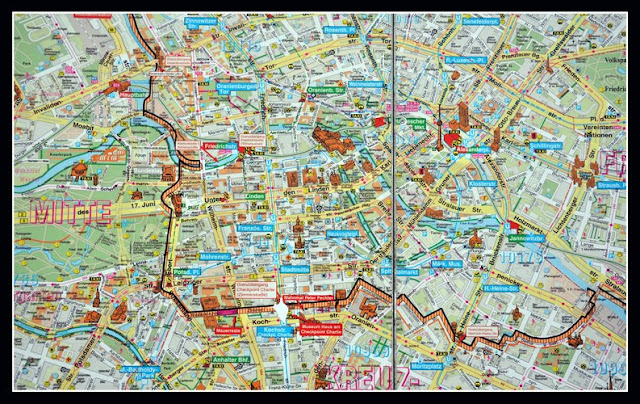 In the afternoon of August 12 at 4 p.m. Walter Ulbricht, the East German leader, signed the commands to close the border. Next Sunday at midnight the army, police and the "Kampfgruppen" began to bolt the city. The wall is built and separates the city into two parts for more than 28 years.

Streets, the railway and the S-Bahn (city railway) are broken, stations of the U-Bahn (underground railway) are closed, even cemeteries are not spared. Nothing is forgotten and the East Germans will not be allowed to free travel to the West until 1989.

The following images of Checkpoint Charlie were taken when I was in Berlin this month (December 2009) ... 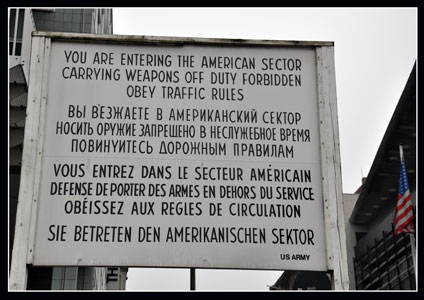 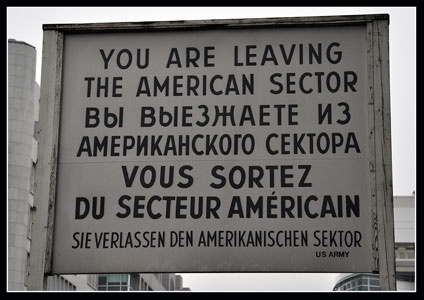 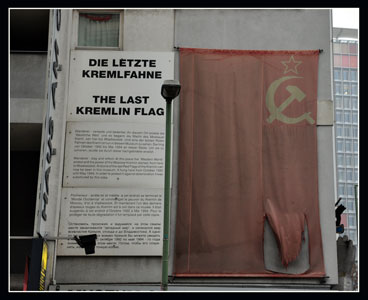 Ten days after closing the border on August 13, 1961 tourists from abroad, diplomats and the military personnel of the Western Powers were only allowed to enter East Berlin via the crossing point at Berlin Friedrichstrasse.

The main function of the checkpoint was to register and inform members of the Western Military Forces before entering East Berlin. Foreign tourists were also informed but not checked in the West.

The German authorities in West and East Berlin were not allowed to check any members of the Allied Military Forces in Berlin and in Germany. 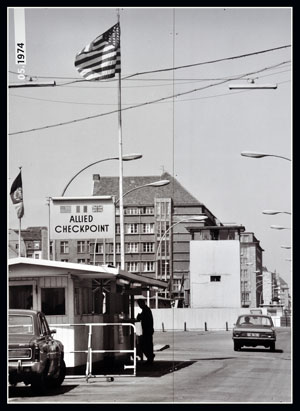 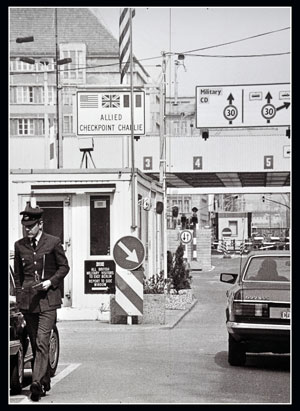 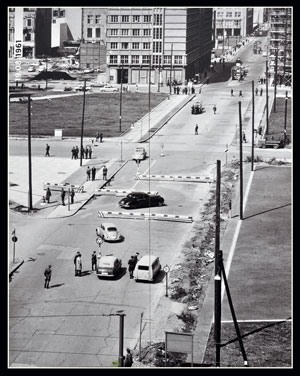 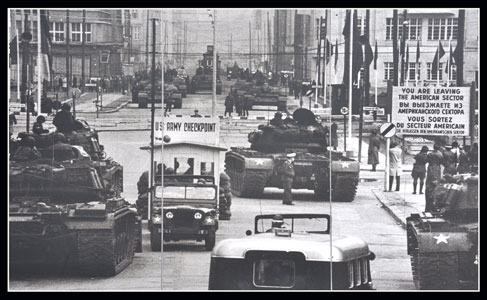 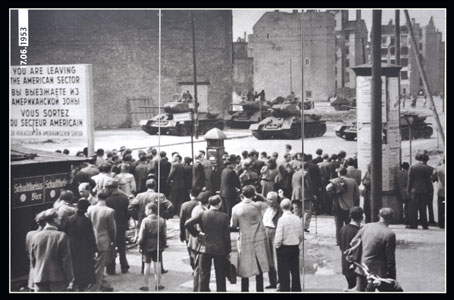 all of the above black and white images taken during the era of the Cold War are as posters surrounding the walls at Checkpoint Charlie as you can see today in the images below.

I have just taken photos of those posters. 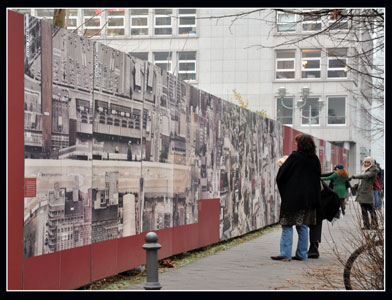 and Checkpoint Charlie as it is today: 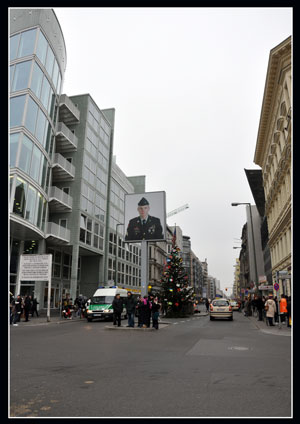 There is much to the history of the Berlin Wall, The Cold War and Checkpoint Charlie and if ever you intend to visit Berlin, take the opportunity to read a little before going to see it for yourself.

My brother called me with this news the day the wall started coming down. He was in awe that he was there and he had a part in taking down the barrier. He still thinks it is one of the best experiences of his life.

I am glad you got to visit it. You may have stood on the same ground my brother did. Did it take your breath away?

Aren't street signs fun? I love looking at the differences in countries. I would love to go to Germany. I should take a guide named Danny ;-)