The Reichstag building in Berlin

The Reichstag building in Berlin was constructed to house the Reichstag, parliament of the German Empire. It was opened in 1894 and housed the Reichstag until 1933, when it was severely damaged in a fire supposedly set by Dutch communist Marinus van der Lubbe. 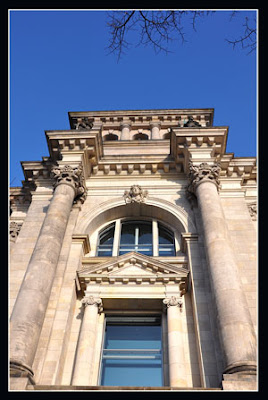 The Reichstag as a parliament dates back to the Holy Roman Empire and ceased to act as a true parliament in the years of the Nazi regime (1933–1945). In today's usage, the German term Reichstag or Reichstagsgebäude (Reichstag building) refers to the building, while the term Bundestag refers to the institution. 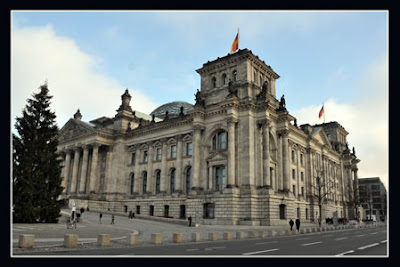 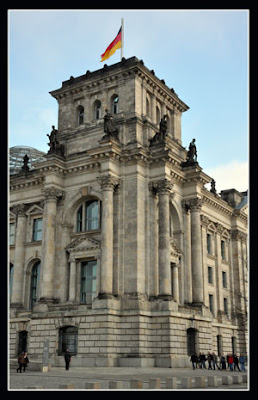 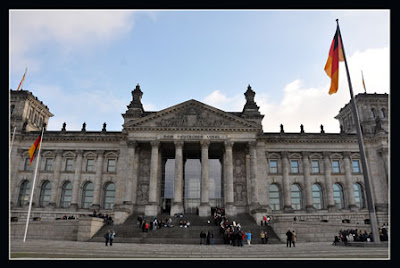 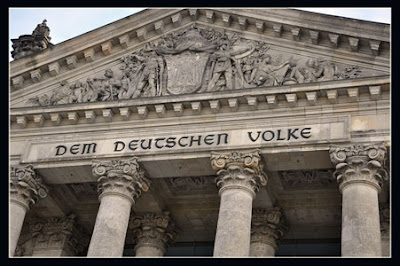 In 1916 the iconic words "Dem Deutschen Volke" ("To the German people") were carved above the main façade of the building, much to the displeasure of Wilhelm II who had tried to block the adding of the inscription for its democratic significance. 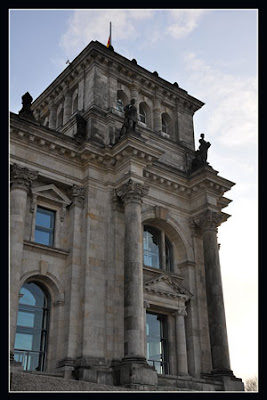 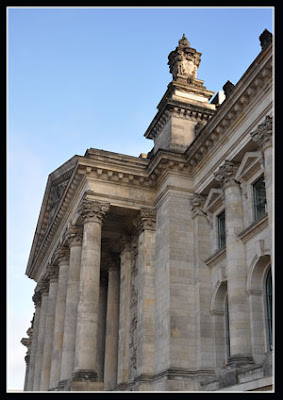 When the Cold War emerged, the building was physically within West Berlin, but only a few metres from the border of East Berlin, which ran around the back of the building and in 1961 was closed by the Berlin Wall.

During the Berlin blockade, an enormous number of West Berliners assembled before the building on 9 September 1948, and Mayor Ernst Reuter held a famous speech that ended with the call, Ihr Völker der Welt, schaut auf diese Stadt! (Peoples of the world, look upon this city!) 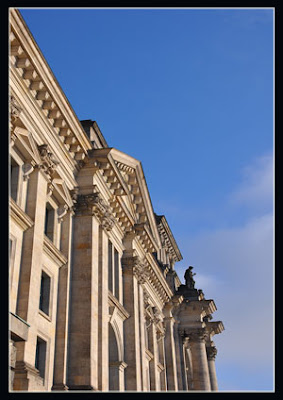 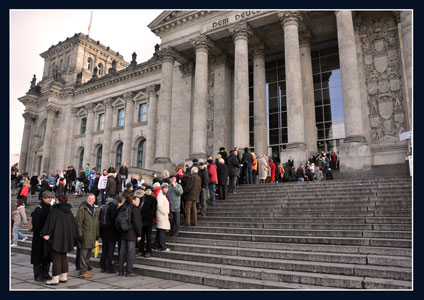 The Reichstag dome is the iconic large glass dome at the very top of the building. The dome has a 360-degree view of the surrounding Berlin cityscape. The main hall of the parliament below can also be seen from the cupola, and natural light from above radiates down to the parliament floor.

A large sun shield tracks the movement of the sun electronically and blocks direct sunlight which might bedazzle those below. Construction work was finished in 1999 and the seat of parliament was transferred to the Bundestag in April of that year. The dome is open to anyone without prior registration, although the waiting queues can be very long, especially in summertime (August, in particular).