According to the Wikipedia website ..... The Memorial to the Murdered Jews of Europe, also known as the Holocaust Memorial, is a memorial in Berlin to the Jewish victims of the Holocaust, designed by architect Peter Eisenman and engineer Buro Happold.

According to Eisenman's project text, the stelae are designed to produce an uneasy, confusing atmosphere, and the whole sculpture aims to represent a supposedly ordered system that has lost touch with human reason.

Building began on April 1, 2003 and was finished on December 15, 2004. It was inaugurated on May 10, 2005, sixty years after the end of World War II, and opened to the public on May 12 of the same year. It is located one block south of the Brandenburg Gate, in the Friedrichstadt neighborhood. The cost of construction was approximately €25 million 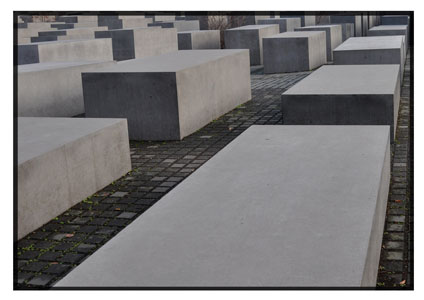 Nowhere inside the memorial, or around it, does it say what it commemorates. Some think that this is a deliberate attempt to encourage visitors to reach their own conclusions. 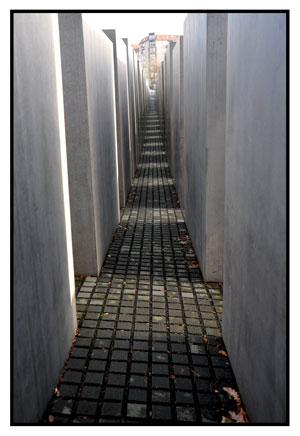 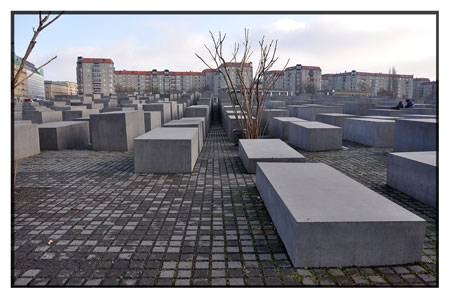 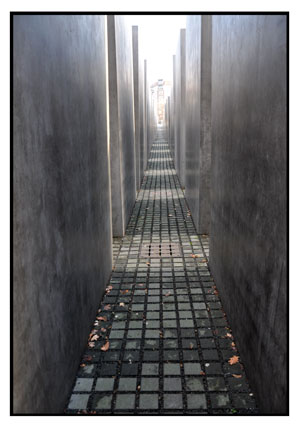 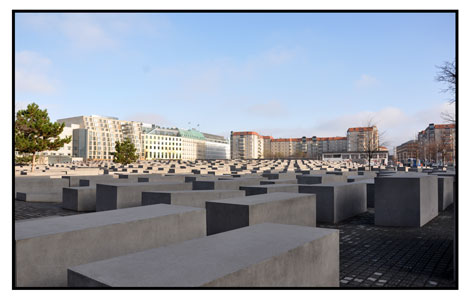 from the Wikipedia site:


The monument has been criticised for only commemorating the Jewish victims of the Holocaust...

In 1998, German novelist Martin Walser cited the Holocaust Memorial in his public condemnation of Germany's "Holocaust industry." In the speech Walser decried the "exploitation of our disgrace for present purposes."

He criticized the "monumentalization", and "ceaseless presentation of our shame." "Take all the towns in the world", said Walser. "Check whether in any of these towns there is a memorial of national ignominy. I have never seen such. The Holocaust is not an appropriate subject of a memorial and such memorials should not be constructed...

if you visit Berlin, then at least spend a moment of your time here too.