The Supreme Parish and Collegiate Church in Berlin.

The Berliner Dom is a baroque Cathedral built between 1894 and 1905. It is located on an island in the river Spree, also known as the Museum Island. 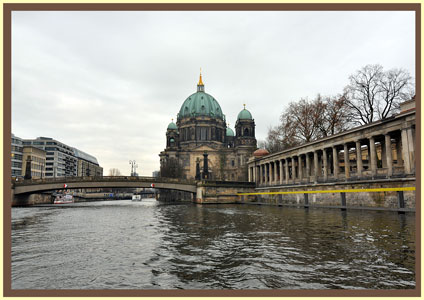 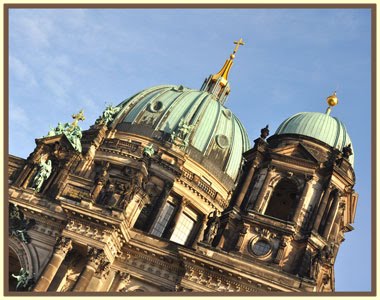 The first church built on the site of the current Cathedral was a 1465 church. The building, which later served as the court church for the Hohenzollern family was replaced by a cathedral, built between 1745 and 1747 in a Baroque design from Johann Boumann. It was reconstructed into a classicist building from 1816 to 1822 following a design by the Berlin architect Karl Friedrich Schinkel. 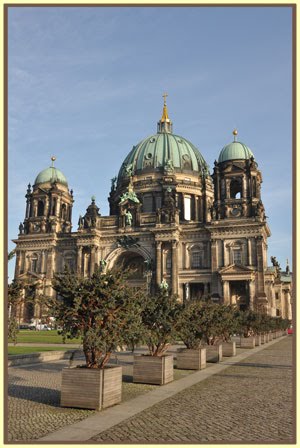 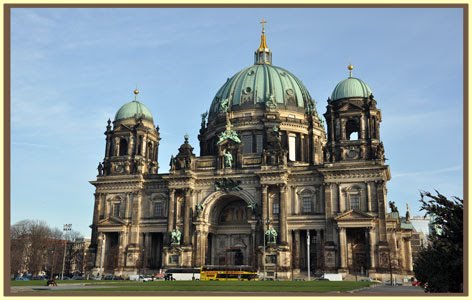 When in 1930 the Holy See for the first time established a Catholic diocese of Berlin, the Berlin Cathedral had long been a Protestant church. St. Hedwig's Cathedral serves as seat of Berlin's Metropolitan bishop. Function and title of bishop, as used in the Evangelical Church in Berlin-Brandenburg (under this name 1945-2003), comprise the Protestant bishop's regular preaching in St. Mary's Church, Berlin, being the bishop's domicile church with Kaiser Wilhelm Memorial Church being the second seat. 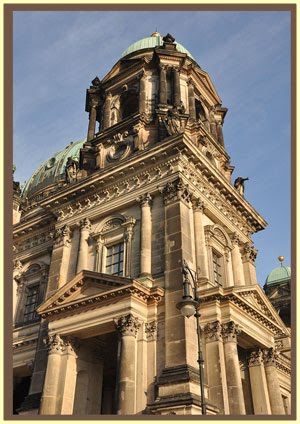 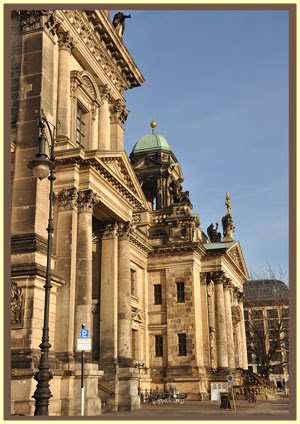 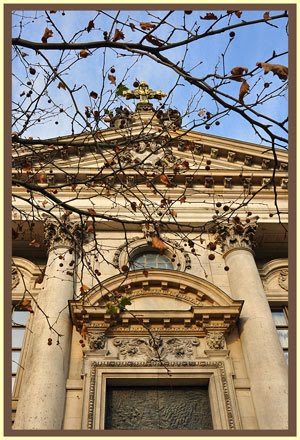 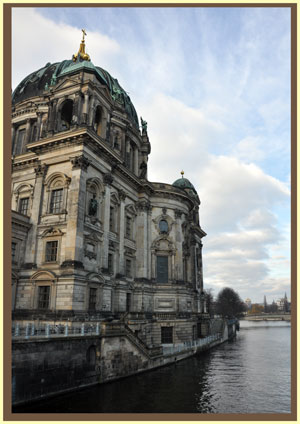 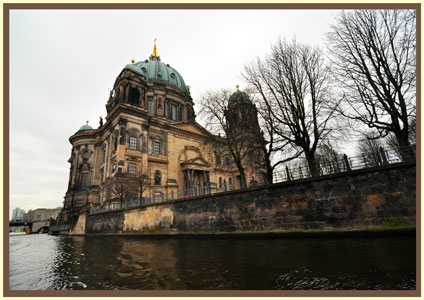 Most of the above info is from Wikipedia.