the final departure of the Orient Express...... 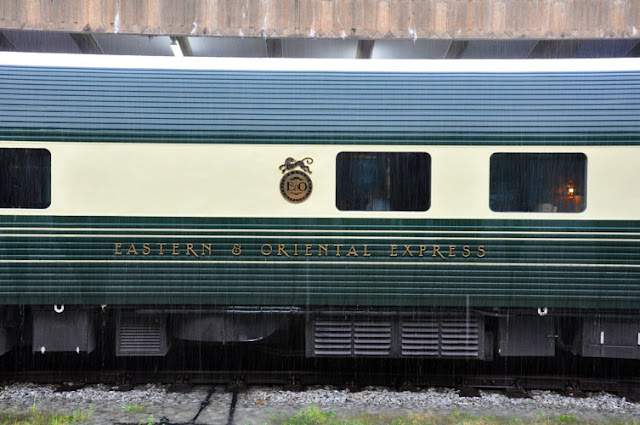 The Eastern & Oriental Express journey is advertised as:
"Explore Thailand, Malaysia and Singapore on an unforgettable rail journey in the sumptuous comfort of the Eastern & Oriental Express. Operated by the same people who restored the world famous Venice Simplon-Orient-Express in Europe, the Eastern & Oriental Express is a deluxe train of unequalled luxury and comfort whose shining green carriages will carry you between Bangkok and Singapore.
Each air-conditioned compartment is an elegantly decorated day room and transforms in moments to a cozy bedroom at night. From the Dining Cars, Saloon Car, Bar Car and Observation Car, wherever you venture in this elegant and enchanting train, you will encounter the same extraordinary standards of comfort, decor and service.
It is a journey of 1,200 miles which connects some of the world's most remarkable cities and encompasses all the mystery, excitement and sheer staggering beauty of the East."
On June 11 2011, it will pull into the Tanjong Pagar Rail Station in Singapore for the last time. When we watched its final departure from Tanjong Pagar Rail Station on Sunday June 5 2011 it was a very wet and grey day, with 65 mm of rain falling  within 30 minutes. I think this made the atmosphere even 'sadder'!
The following images are of the
final departure out of Singapore: 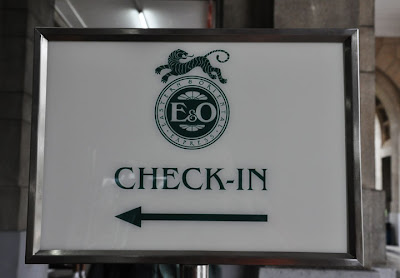 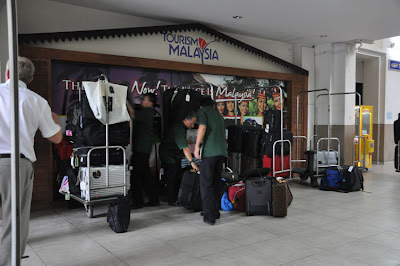 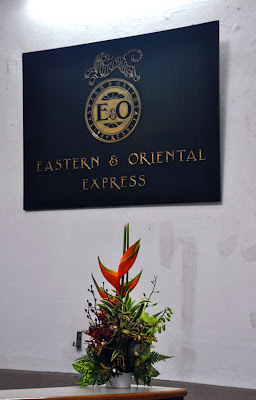 there were many people on Platform one - almost like 'party time' - one to watch the departure and even many more photographers running from one to the other trying to get the 'best capture' in such gloomy weather! 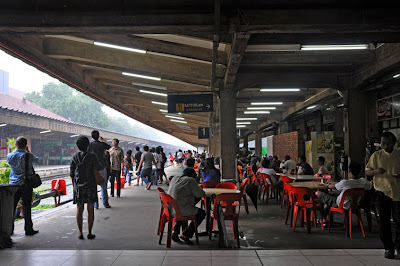 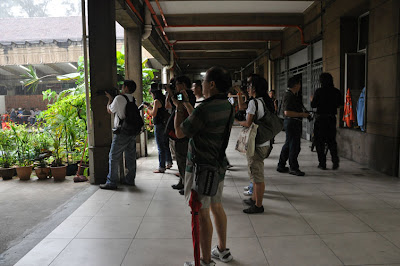 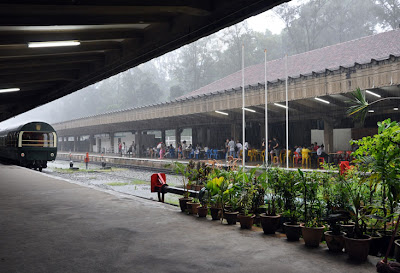 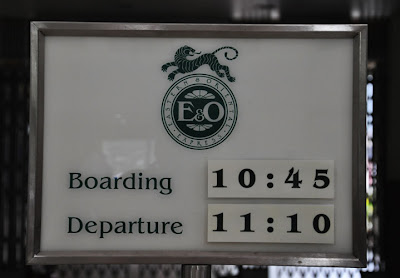 This luxury train was first built in Japan in 1972 and operated as the Silver Star train in New Zealand. Its carriages were then remodelled and designed by Gérard Gallet, the man behind much of the design and refurbishment of both the British Pullman and the Venice Simplon-Orient-Express.
An enormous amount of work went on behind the scenes to put the E&O on the rails. The same team who had worked on the Venice Simplon-Orient-Express created the interiors. As well as adding the required air-conditioning system, and ensuring the carriages were compatible with the Malaysian and Thai railway systems, the windows in the dining cars were also extended to offer panoramic views.
On board the Eastern & Oriental Express, the atmosphere harks back to a 'Colonial' age of rattan chairs on the verandah, linen suits and tea dances. The on board cuisine continues the same very high standards already established by the Venice Simplon-Orient-Express in Europe.
If you would like to see images from inside the train, then do check the website titled SEAT 61 as it contains not only some wonderful internal images, but a lot of useful information on train travel in general within the region. 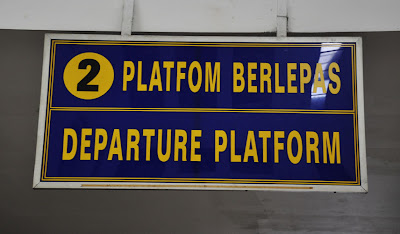 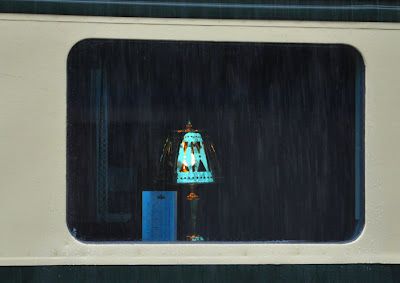 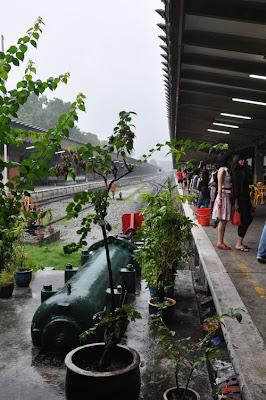 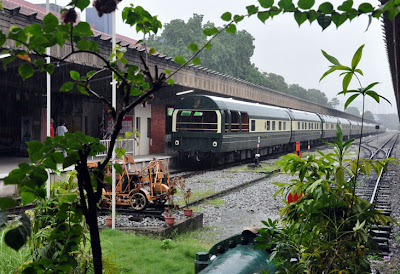 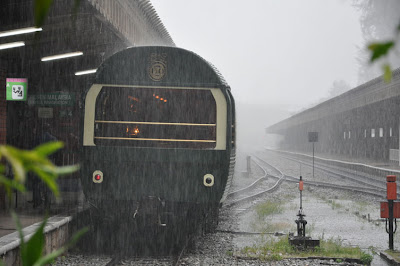 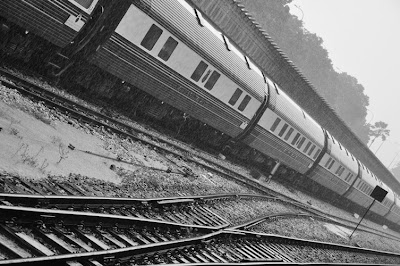 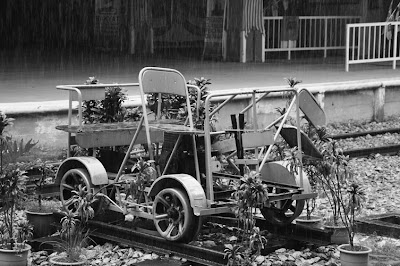 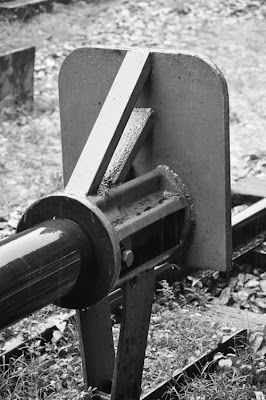 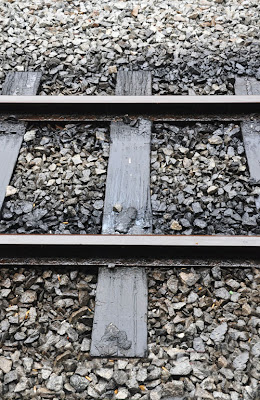 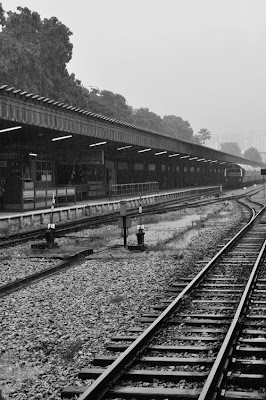 the trains to Malaysia and Thailand will now depart from the Southern Terminus Rail Station at Woodlands Checkpoint.
Jerome Lim wrote a great blog post on the final journey
and you might like to read it HERE.

Thank you for this post. Somehow the rain that very morning added a touch of melancholy of the final departure of the Eastern & Oriental Express from the Tanjong Pagar Railway station.