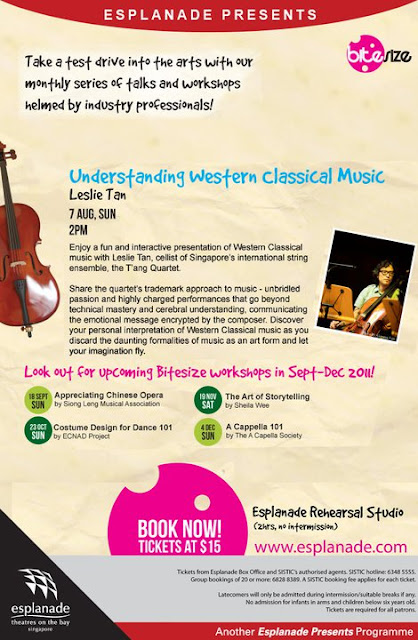 Yesterday (Sunday August 7 2011) I was invited to attend the above workshop titled "Understanding Western Classical Music" at the Esplanade Theatre. This being one of the "bitesize workshops being held at the Esplanade Theatre until December 2011.
We were promised two hours of fun in this interactive workshop with Leslie Tan - the cellist of Singapore's international string ensemble, the T'ang Quartet - and that is precisely what we got!
Leslie Tan is certainly an experienced entertainer in more ways than one ..... he kept us highly entertained with his antidotes, his humour, his acting, his music and his style of 'teaching' others is more about a sharing of experiences ...... for a layperson this was heartwarming to say the least.
The two hours flew by and I left there with a much greater appreciation - and some extra knowledge - of classical music. 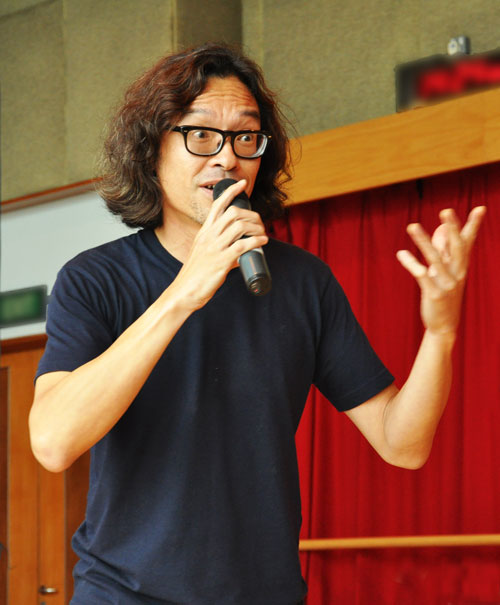 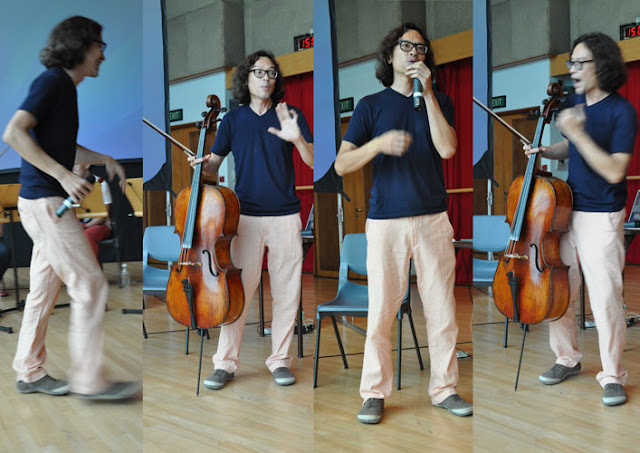 In a career that has spanned almost 20 years, Leslie is much sought after as a soloist and chamber musician. After performing as a cellist at the Singapore Symphony Orchestra (SSO), he was awarded a scholarship to study at both the Trinity College of Music and Royal College of Music in London. Spending 13 years in the SSO, he went to the Tchaikovsky-Moscow State Conservatory as a graduate-assistant of Natalia Shahkovskaya.
He has performed in major venues and festivals around the world, including the Prague-Vienna-Budapest Sommerakademie and Aarhuus Festival in Europe, and been broadcasted by the BBC in London. Leslie has collaborated with artists in other disciplines such as dance, theatre and popular music.
Yesterday in the quartet were two 'students', one professional and Leslie himself.  He explained about the instruments and how each one plays its own part within the quartet ... but it was not just about that ... it was also about showing us how to listen and to absorb what we felt. The doorway to the classical 'experience' is to listen with an "innocent ear" like a baby or young child. There is no right or wrong feeling with classical music, each person should be able to have their own experience ... some music may encourage you to feel sad, yet to others it may be happy ... its all about how one interprets their own experience at a concert or listening to their music at home.
The emotions are yours and yours alone. 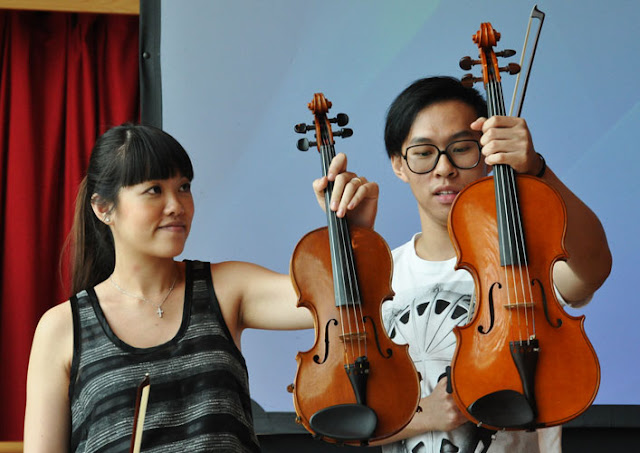 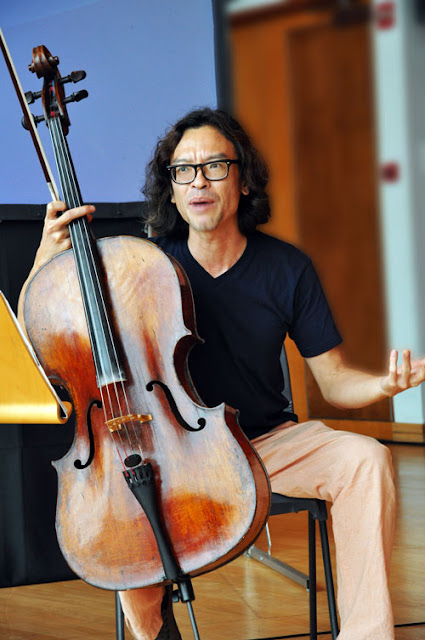 This man has such a great love for music and is willing to share that with others ....you can see this as soon as he steps out in front, it shines right through him, right down to his fingers and through to the music, even his facial expressions through the entire afternoon were a joy to watch! 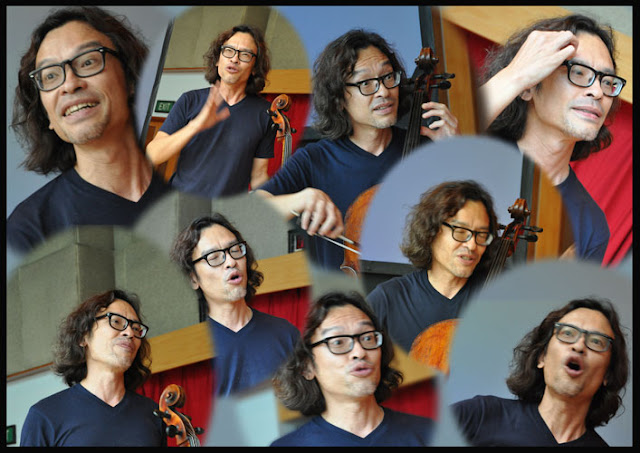 The T'ang String Quartet  is a Singapore-based classical string quartet that has played to critical acclaim and will be at the Edinburgh Festival on August 17 2011 at 11.00am at Queens Hall. But do watch out for any future performance here in Singapore.
another blog post to read on yesterdays experience is HERE
Acknowledgements:
Thank you to Leslie Tan and the T'ang Quartet for the generous invitation to Understanding Western Classical Music and also allowing us the priveldge of taking photographs within the studio. It was much appreciated.
Thanks also to my friend Belinda Tan for organising the above.