But the architecture is quite amazing.......you need more than 24 hours to wander around Chicago and take in all the beautiful buildings. 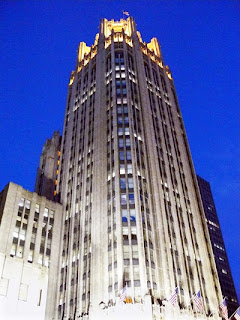 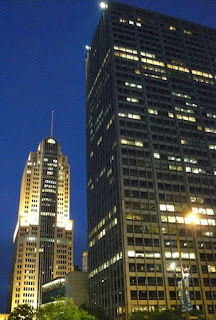 The Tribune Tower is a neo-gothic skyscraper located at a prominent site near the Michigan Avenue Bridge in Chicago.The Tribune Tower was completed in 1925 and reaches a height of 141 meters. 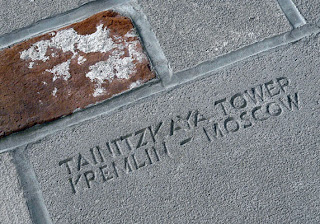 An interesting fact is that the Tribune Tower contains many famous stones incorporated in the wall, including rock fragments from the Alamo, the Colosseum and the Chinese Wall. A steel fragment from the World Trade Center in New York is also added to the wall. All these objects are labeled and visible from the street level. The most famous part of the collection is a moon rock which is not incorporated in the building but on display.

Read all about this building here:

I shall look forward to returning to this city, but in warmer weather!!