We did "The Asian Melting Pot" tour on which we saw the Sultan Salahuddin Abdul Aziz Shah Mosque ( or perhaps better known as the Blue Mosque of the East) It has four soaring minarets with blue enameled domes each measuring 52 metre's in diameter and 107 metre's in length.
From there we visited the Thean Hou Temple situated in Robson Heights, the striking six tier temple is regarded as one of the biggest Chinese Temples in South East Asia.

Next we saw the KL Tower.....the fourth highest concrete tower in the world. John went up and took some photos while I stayed below eating an ice cream!! This is the tower and the views seen from that tower: 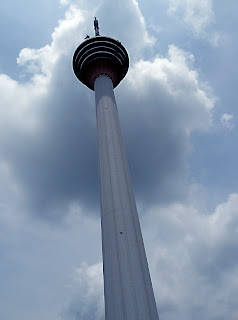 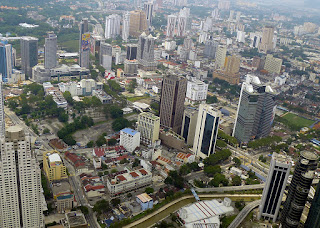 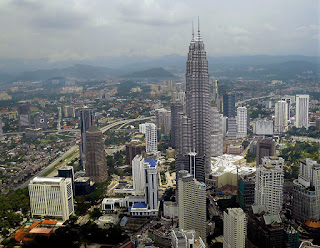 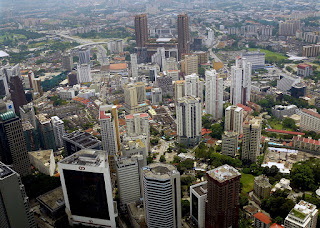 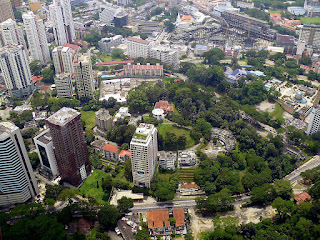 The rest of our "tour" included shopping at Suria KLCC, Malaysia's premier shopping destination nestled between the Petronas Twin Towers.....

but more about that tomorrow!!!