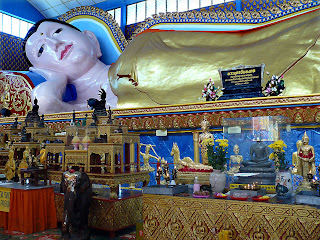 The third day of our cruise was spent in Penang, Malaysia..... We did one of those "city tours" which we thought would be an ideal way of seeing much of the city in a short space of time.

Our first stop was at Wat Chayamankalarm - which houses one of the largest reclining Buddhas. (see photo to the right) 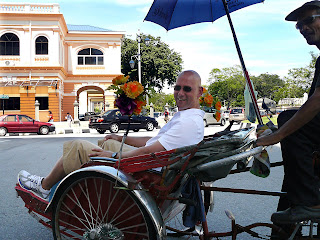 From there we travelled by Trishaw (see photo above) to the Khoo Kongsi - the clan temple for the Khoo family. It was built in 1906. (see photo of the carvings outside the temple) 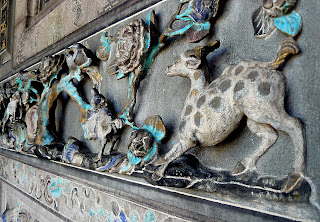 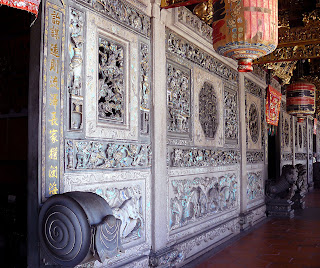 ...........and then we ended up at the Chew Jetties, now these jetties (or piers) is a Chinese Water Village built on stilts that extends out to sea....there are 7 jetties that house 6 clans and one mixed clan. For the full story, do look at the flickr site ....... These clans have lived here for many generations, mainly due to the high cost of land elsewhere. (see photos) 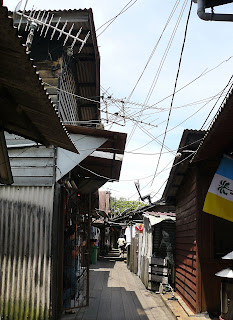 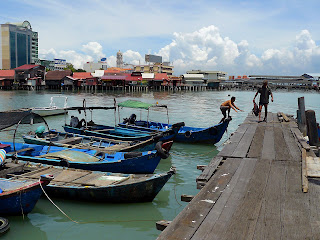 We arrived back on board the Gemini just after 2.00pm, time for a shower, a bit of a read and a drink before dinner!!! This photo was taken at 10 to 7, just before we went in for dinner: 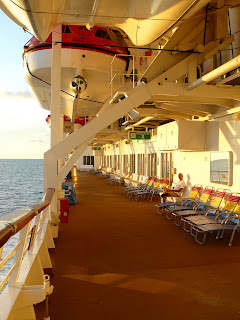