We went into Marina Bay on Monday evening for some more of the Chinese New Year celebrations ......... for the first time, the River Hongbao celebrations is being held at the floating platform at Marina Bay. Though I must add that we did prefer this event where it has been held before, rather than at Marina Bay. It was still colourful, with a lot to see but far too many people in such a small area. As for eating, it really was better down along the river front (as in years past) where one could wander along the promenade and take in all the stalls and events. This time the "food hall" was so crowded it was actually unsafe. If any of the food pots had caught fire, I would not want to be anywhere within the vicinity!

Other highlights of the HongBao celebrations include nightly performances by foreign and local artists, and a nightly firecracker display. 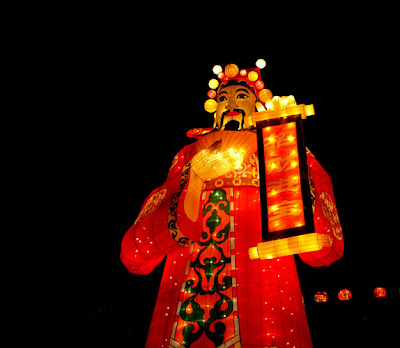 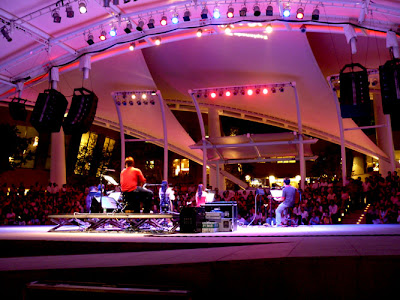 The nine-day event started on Jan 24.

There are the regular food stalls, and the God of Fortune statue which faces the floating platform. The celebrations will end of Feb 1, with a grand dinner and a closing performance.

The event is open from 6pm to 11pm every day, except on the eve of the new year, when the area will close after the midnight countdown. 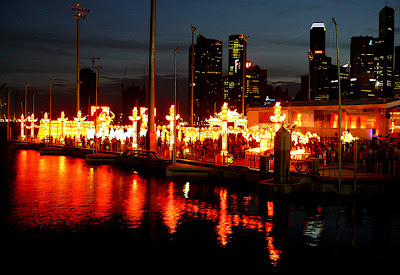 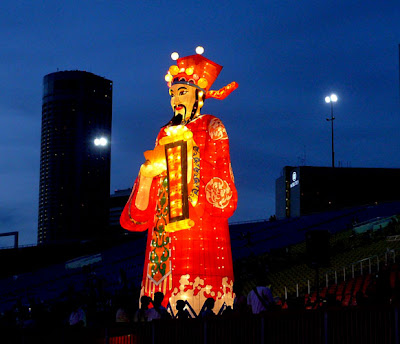 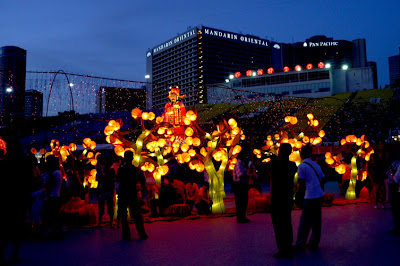 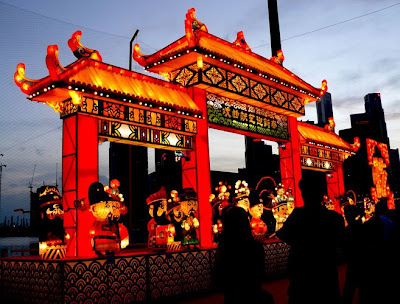 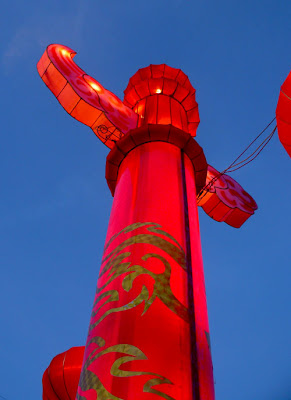 a disappointment compared to the past two years.