day two of our adventurous week in the Cameron Highlands!

This trip is based on expedition style, good fitness is required.
Trails are raw and undeveloped.
Please Be advised that this trip is not one of those
run-of-the-mill packages
and require some time to prepare.
This is no sugar coated jaunt.
One needs reasonable fitness to trek lofty hillside,
cross streams and brave dense foliage that have
kept exotic and rare flora and fauna hidden for eons.
If you are game, we will take good care of you.
All we ask is that you exercise and work on
leg muscles 2 weeks ahead of departure to
avoid cramps and fatigue during the trek.
OK, so I read this days AFTER we had done our jungle trekking expedition.
and then I read this bit:
We have had participants as young as 8 years old
and as old as 62 years old!
and I even felt pretty damn proud of myself, 'cos I will be 65 in just two weeks ... so now I must be their oldest participant.  :-)
I had organised a private 'day trip' for the Wednesday we were to be in the Cameron Highlands. By "we" I mean myself and 4 of my friends (Suxin, Suzie, Susan, Christine and myself) I was under the impression we had booked an 8 hour private tour to see the Raffelsia Flower, the Tea Plantation and the Strawberry Farm. I had already given the others an itinerary so they could choose what they wanted to see on this particular day, so those three destinations were on our priority list!


Our driver picked us up at The SmokeHouse Hotel at 9.00am on the designated day. At no time was it mentioned that we would be "jungle trekking" nor what was in store for us .... had we known, I doubt any of us would have continued with our 'private tour'!! 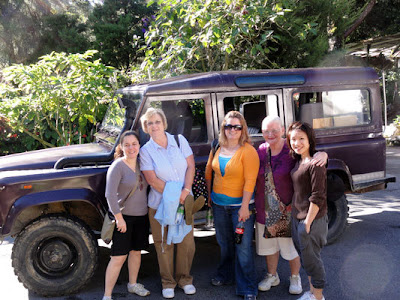 But having said that and with hindsight ...... I am very glad I did.


Our first stop was at the drivers own home where his mother gave us tea. This was very pleasant, but we were left wondering - why?


When asked he said that it was too early to start the trek up the mountain and it would be better to wait a bit ..... we accepted that, but was a little 'suspicious' as to the reason. 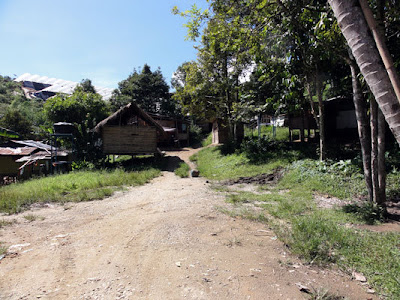 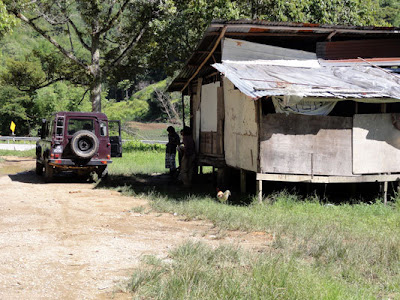 After this he took us to the local village and said we could take photos of the village and children ... we felt extremely uncomfortable with this and asked him to take us on our journey. But he insisted on us seeing the local Orang Asli people so they could do a demonstration of their blow pipe hunting techniques. He offered each of us a turn at this ..... Christine and Suxin were they only ones to take him up on this offer and both did very well ... I think the men were very surprised! 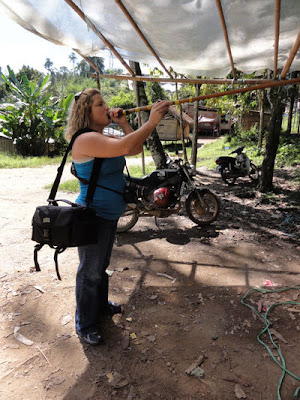 
We got into the LandRover to continue on our journey. He stopped a short time later suggesting we use the "modern toilet" as it is better to use this than use the jungle. OK ... I agree with that ...... so I got out and opened the door ...... 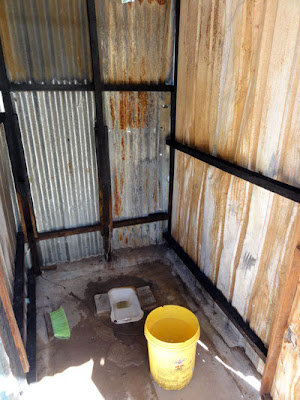 perhaps I was the only one that 'needed' to use this facility as none of the others were game enough to attempt the effort of doing so!!


Then we started on the track up into the jungle area's of central Malaysia: 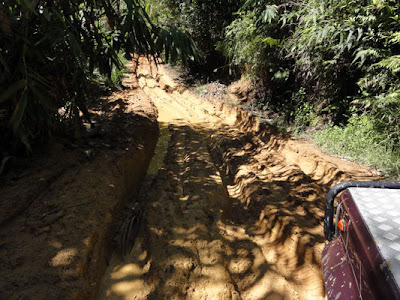 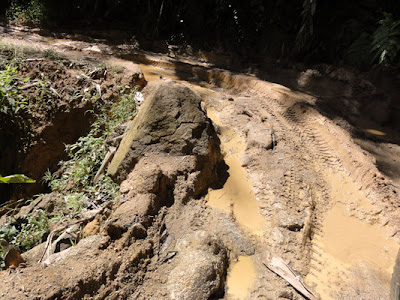 We were in a reliable Land Rover for good reason, as we found ourselves struggling up the hillside along a track of deep, soft and very wet mud.  After a few breathtaking moments, I could hear the varied comments from the others as to their safety and well being .... also at this point realised that none of them had ever done and 4 x 4 driving before!! No wonder they were nervous!!


But do click HERE to read all about our muddy drive!!

After about an hour of this driving he parked the vehicle and we were ready to start our jungle trekking ..... but were we?


With many kilometre's of unmarked trail, the deep forested ground is rarely explored by outsiders.


The Orang Asli, who hunt with blow pipes, walk in and out of the jungle on a daily basis, but this is jungle 'rarely explored by outsiders', so what are we?


so we started out by first walking across this bamboo 'bridge' held together with bits of rope and string ...... 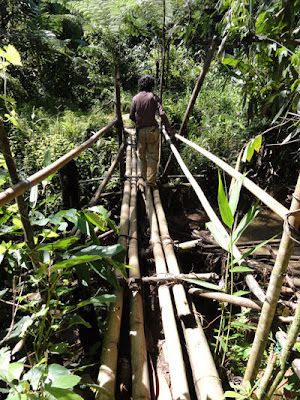 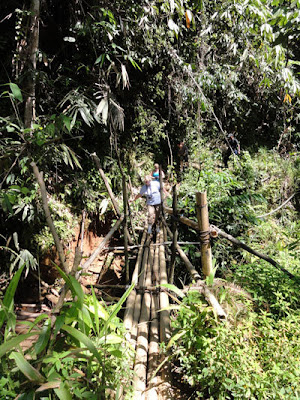 The journey was continued on foot under the supervision of the driver and a guide from the local village. We start the deep jungle trekking through hillside jungle perched 400m / 1200ft above sea level. Along the trek, the guide taught us a thing or two about jungle survival knowledge and did point out interesting flora and fauna.


the continuation of this adventure will be in the next blog posting ......