the elusive Rafflesia that was first discovered in 1818

The purpose of our Jungle Trekking or bush bashing adventure?
To hopefully see the rare Rafflesia!
Yes, we went through all that hoping to get a glimpse of the
corpse flower as it is also known.
we did get to see one or two, but babies, not yet 'hatched'
and then one that had just died!

All of the known species of Rafflesia are threatened or endangered.
It is a "Totally Protected Plant" by law in Sarawak, but elsewhere in
Malaysia it is only safeguarded by laws when found in
protected areas like National or State Parks. 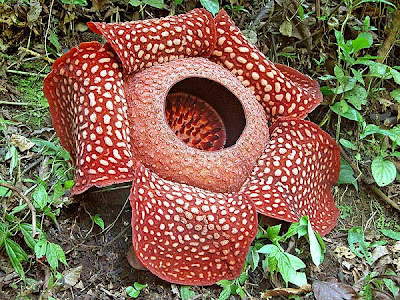 Rafflesia is a genus of parasitic flowering plants. It was discovered in the Indonesian rain forest by an Indonesian guide working for Dr. Joseph Arnold in 1818, and named after Sir Thomas Stamford Raffles, the leader of the expedition. It contains approximately 27 species (including four incompletely characterized species as recognized by Meijer 1997), all found in southeastern Asia, on the Malay Peninsula, Borneo, Sumatra, and the Philippines.
The plant has no stems, leaves or true roots. It is an endoparasite of vines in the genus Tetrastigma (Vitaceae), spreading its root-like haustoria inside the tissue of the vine. The only part of the plant that can be seen outside the host vine is the five-petaled flower. In some species, such as Rafflesia arnoldii, the flower may be over 100 centimetres (39 in) in diameter, and weigh up to 10 kilograms (22 lb). Even the smallest species, R. manillana, has 20 cm diameter flowers. The flowers look and smell like rotting flesh, hence its local names which translate to "corpse flower" or "meat flower" (but see below). The vile smell that the flower gives off attracts insects such as flies and carrion beetles, which transport pollen from male to female flowers. Little is known about seed dispersal. However, tree shrews and other forest mammals apparently eat the fruits and disperse the seeds.
The 'babies' are just a few months old..... 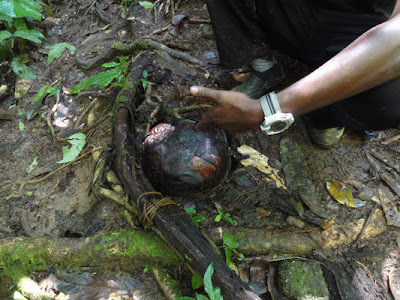 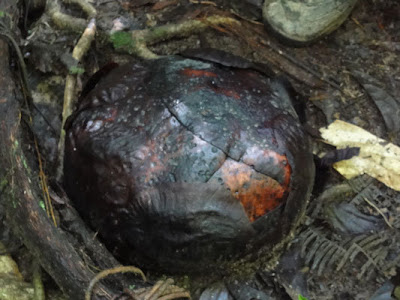 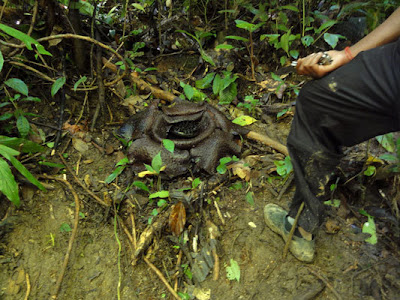 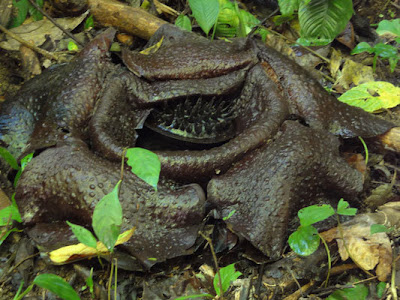 
Am happy that I did this trek and to see what we did ...... hopefully I will one day get to see it in all it's glory!


Click on the following links to read about our adventures:


Stray tuned for our visit to the Boh Tea Plantation ....


a few links that maybe of interest to you:
The elusive Rafflesia Flower

This is really interesting. And you're educating me too. Love the photos. Thanks for this.

All the best, Boonsong