the spectacular light show at the opening of Marina Bay Sands

The opening of the Marina Bay Sands on June 23 2010 was nothing less than spectacular!
I managed to have a great spot on the opposite side of the Casino to see the lights and colours and also to capture some of the images.
The opening celebrations also featured a death-defying relay. Seven teams of three participants each scaled the three towers before sprinting across the 340-metre long Sands SkyPark, where the infinity pool is located, to the finish line..... as seen here in the following three images: 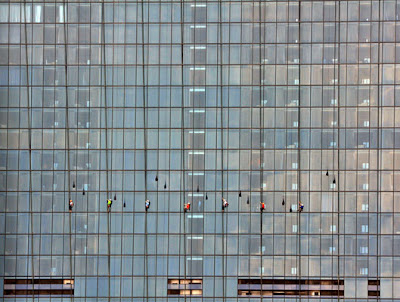 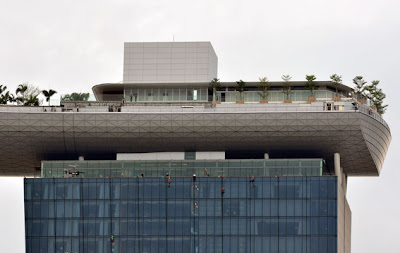 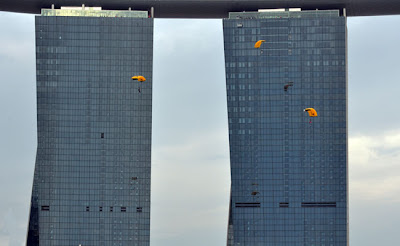 A little about MBS that is on WIKIPEDIA:
Marina Bay Sands is an integrated resort fronting Marina Bay in Singapore. Developed by Las Vegas Sands, it is billed as the world's most expensive standalone casino property at S$8 billion (US$5.7 billion), including cost of the prime land.
When complete, the resort will feature a 2,560-room hotel, a 120,000 sq.m. convention-exhibition center, The Shoppes mall, an Art & Science museum, two Sands Theatres, six "celebrity chef" restaurants, two floating pavilions, a casino with 500 tables and 1,600 slot machines. The complex is topped by a 340m-long SkyPark with a capacity of 3,900 people and a 150m infinity swimming pool, set on top of the world's largest public cantilevered platform, which overhangs the north tower by 67m. The 20-hectare resort was designed by Moshe Safdie Architects. The local architect of record was Aedas Singapore, and engineering was provided by Arup and Parsons Brinkerhoff (MEP)
Originally set to open in 2009, Las Vegas Sands faced delays caused by escalating costs of material and labour shortages from the onset. The severe global financial crisis also pressured the company to delay its projects elsewhere to complete the integrated resort.
Although Marina Bay Sands has been compared on scale and development costs to MGM's CityCenter, the latter is a mixed-use development, with condominium properties - comprising three of the seven main structures, being sold off.
The resort was officially opened with a two-day celebration on 23 June 2010 at 3.18 pm, after a partial opening earlier in April. The museum, theatres and floating pavilions are still being built and are expected to be fully completed by December 2010.
and here are some of my images of MBS area and the laser show ...... 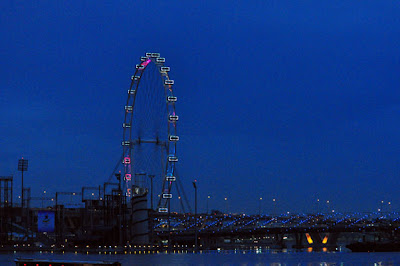 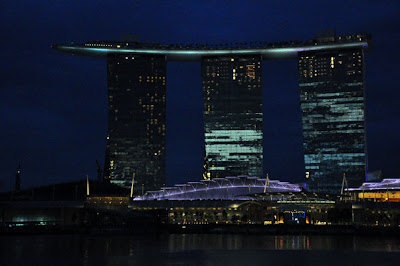 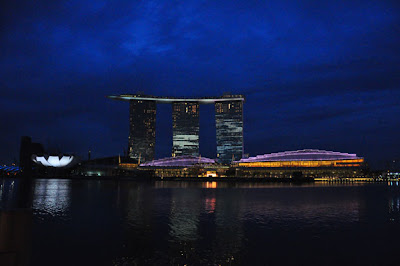 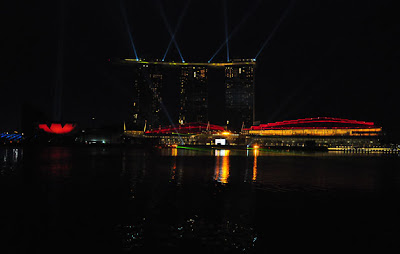 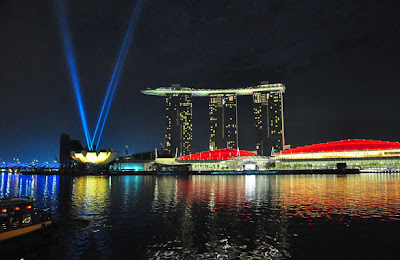 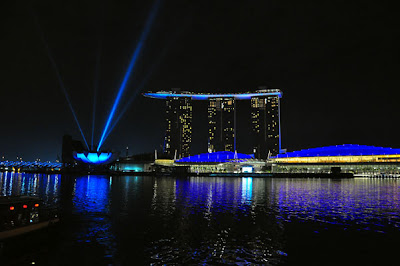 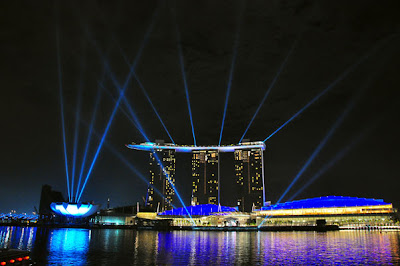 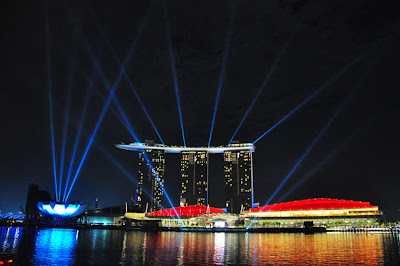 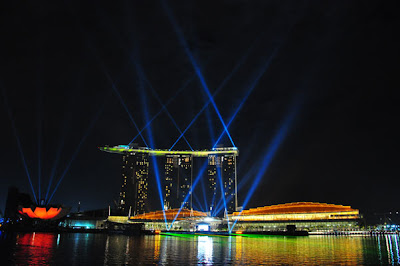 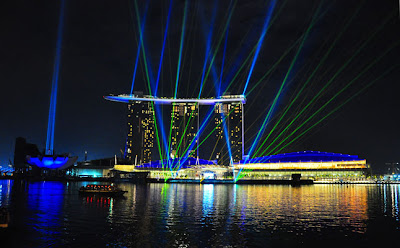 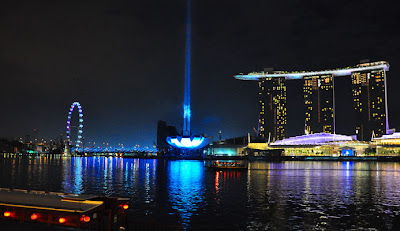 Once again some great shots... I love them all.... especially the little people jumping off...

amazing to be there ..... 21 people climbed the glass towers in a VERY short period of time. Had trouble to even focus on them they moved so quick!!

.... and the parachutists came down via the plane flying overhead.