The shophouses along Neil Road

This blog on the Shophouses of Neil Road follows on from the one on the Five Foot Ways of Cantonment Road in Singapore. 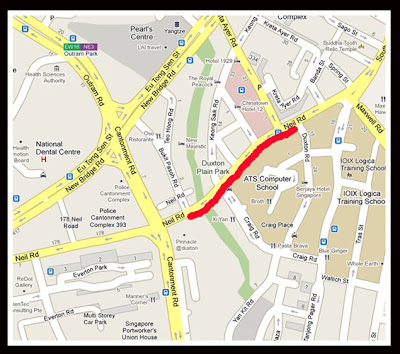 Neil Road is a famous road at the Tanjong Pagar area near to Chinatown. Though not many consider this area as well known for Shophouses as say Chinatown or Geyland Road area's .... nevertheless, it is just as interesting or perhaps even more so, considering it's history!
The road starts at the junction of South Bridge Road, Maxwell Road and Tanjong Pagar Road and ends at Jalan Bukit Merah which then merges into the latter. At the end of the road, it is a conservation area of several shophouses and a three storey Victorian style school building, which was the former site of Fairfield Methodist Girls' School. In the Tanjong Pagar area of the road, it is home to rows of conserved shophouses for various purposes. 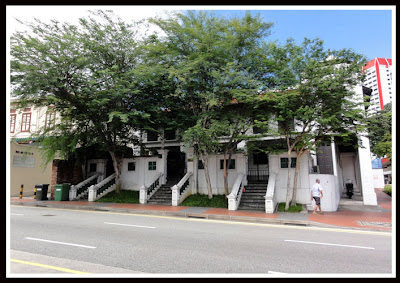 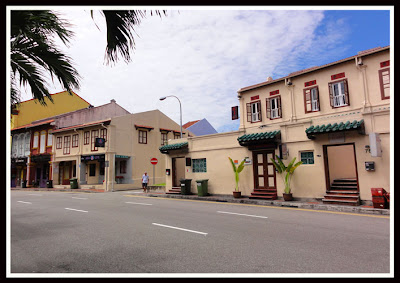 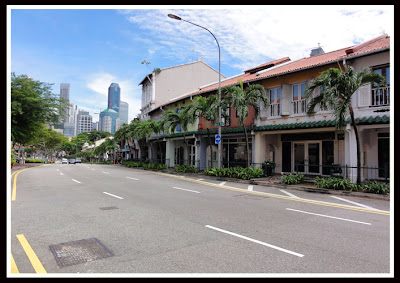 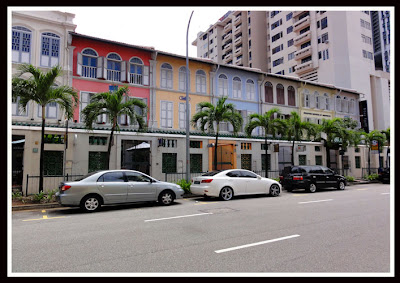 The road was formerly known as Salat Road (Silat or Selat), the Malay term for "straits". The former Salat Road was part of a nutmeg plantation that flourished on Duxton Hill till the late 1850s. The Malay road name was changed by the Municipal Commissioners in March 1858 in honour of the British heroes in the Indian Mutiny in 1857.
House number 147 was the home of Minister Mentor Lee Kuan Yew's grandfather, Lee Hoon Leong, who bought the house in 1920 for $25,000. Lee lived in the house for a few years with his parents and grandfather.
In Hokkien, the road was known as goo chia chwee sia lo, which means "steep street of Kreta Ayer". 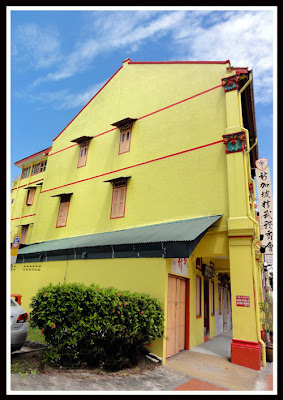 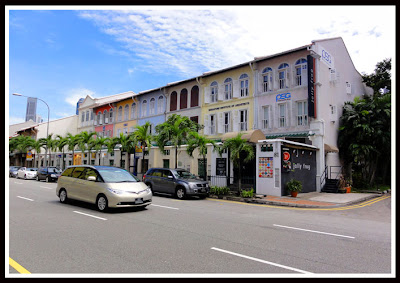 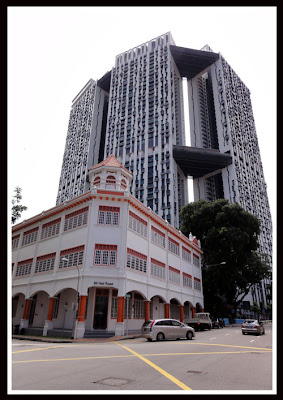 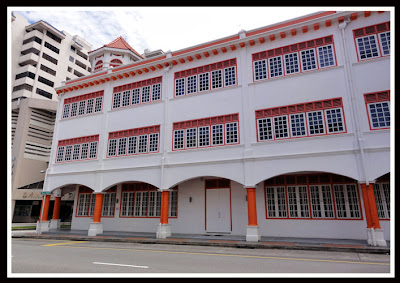 Had to include this amazing building .... technically still a shophouse - and until recently, the home of EBay and PayPal.
Shophouses were two to four-storey terraced building where the ground floor is used for business purposes and the upper floor for living quarters. They were unique in a way that every shop's front have to reserve a common space five-foot in width, known as five-foot-ways for public access. The purpose is to provide shelter for the pedestrians. This is a really clever and thoughtful implementation, especially in tropical country like Singapore, it keeps us under cover from the rain and sun.
and dare I say that there are two shophouses for sale in
Neil Road for a total of 9.5 million SGD?
unfortunately I cannot even afford one of them!
Click HERE for the blog post on the
Five Foot Ways of Cantonment Road
Click HERE for the blog posting on
the Shophouses of Singapore
Click HERE for the blog posting on
the shophouses around the Arab Quarters
another site on Shophouses is Shophouses.Sg
and the area's where they can be located.
hope you have enjoyed reading a little about
Neil Road in Singapore
* * *

Thank you for all the pics and wonderful descriptions, I have only been to Singapore once....to the zoo.
I was visiting J.B. and ran out of time to see more, I would have enjoyed the gardens and the various markets as well as all the beautiful architecture, hope to get back one day. Saw a doco on ABC or SBS the other night "history of Singapore" very interesting, I am sure you could download it onto your computer if you didn't catch it at the time.

I never gave Shophouses a thought until your blog posts and now I really like them. I love the history and the look of them. Is the one by Funan a shophouse? Isn't it the old police headquarters? I love the colors on that one! Thanks for helping me learn more about Singapore. Maybe if we got enough people together we could afford that shophouse! Good grief that's A LOT Of money!

Thanks for the comments ....

Laurel, the multi coloured building I think is the one you mean ... is The Old Hill Street Police Station and was built in Neo-Classical style which was still fashionable for public buildings in England in the 1930s.

So technically not a shophouse.

But that building has an incredible amount of history to it ... it was once a gaol too (Jail) I think I will need to blog about that one soon.

an amazing building, I love it too. In fact, I really enjoy all the different architectural styles in and around "the little Red Dot"!

You have a wonderful blog here. A great place for us to find out more about some unique places in Singapore other than the usual hang out spots in Singapore. Great work! Anyway, I would love to chat with you and have you be part of our affiliate programme. Our program allows you to offer fantastic rates from hotels over the world on a revenue sharing basis with us for any materialized bookings.We’ve extensive tools (affiliate links) that can accommodate your web content.Email me and we can talk further. By the way, it is free. Thanks

I absolutely love the shophouses, especially the beautifully restored ones. It would be a dream to live in one but of course it will have to stay a dream! Some fantastic photos of those in an area I'm not that familiar with.

hello Leone,
amazing stuff... must catch up with u someday. I am sure u have lots of stories and techniques to share! Enjoy ur cameroon highlands trip!