We left Singapore on Thursday March 17 and flew to Genoa via Paris ..... arriving in Genoa around midday on Friday March 18.
We grabbed a cab to take us directly to the Novatel and after a shower we headed out for a long walk to ward off any thoughts of possible 'jet lag'!   We didn't get back to the hotel till nearly 6.00pm and of course by this time we were both very tired and the long walk also left us rather weary. But again a quick shower and down stairs to meet up with our friends D 'n A for dinner and a few drinks. I know we looked the worse for wear by this time but it sure was good to see them again. We were happy that they were also doing the same cruise, so we had lots to talk about.
Genoa is a delightful part of Italy and over the following few weeks we returned again on March 30 and again on April 10. My first impression of Genoa was of the many lane ways and walkways! 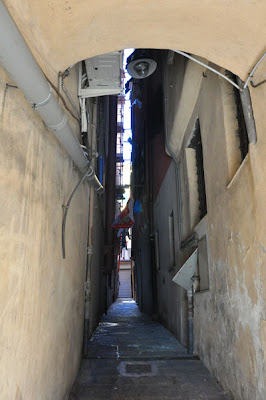 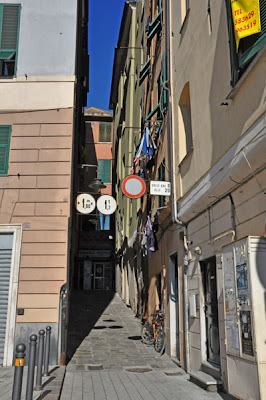 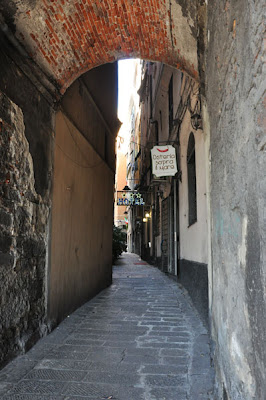 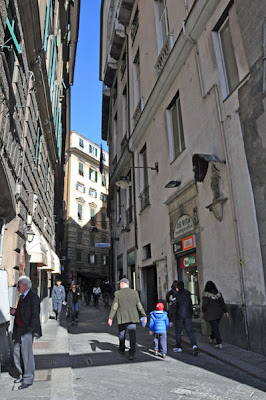 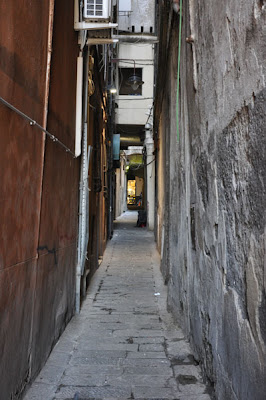 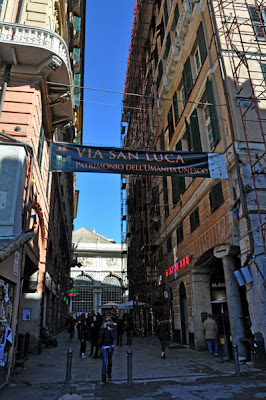 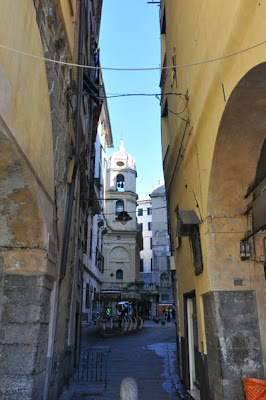 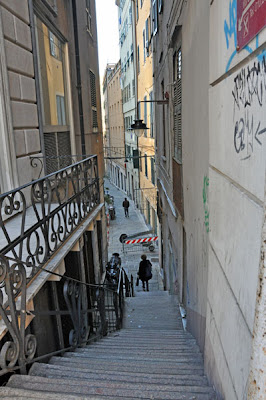 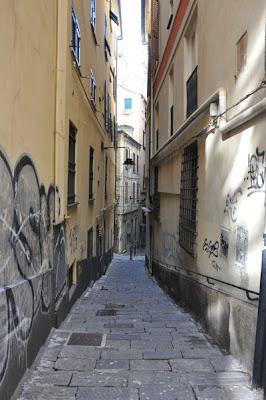 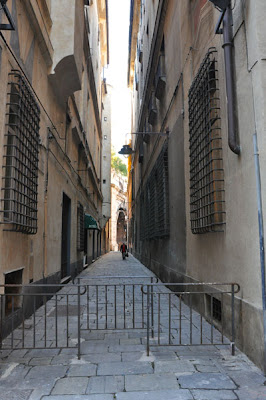 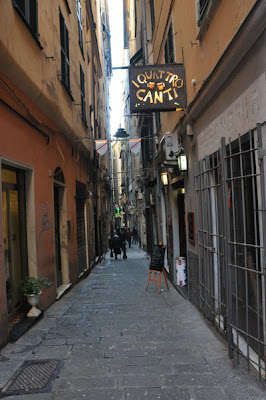 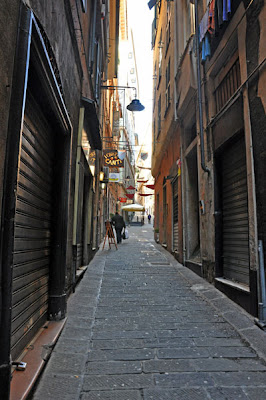 Genoa is the capital city of the "Liguria" region, home of famous universities and the Archbishop Sea. It is the biggest and most lively port in all of Italy and one of the most important ports in the Mediterranean. 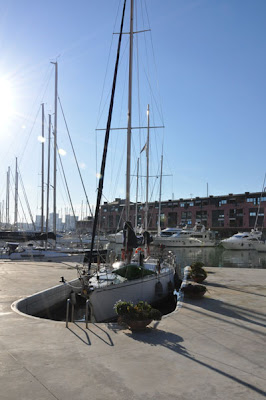 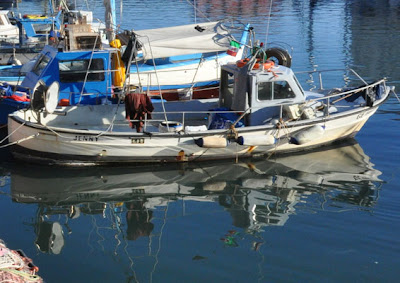 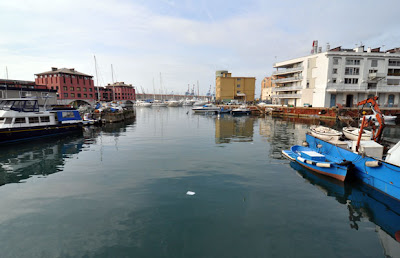 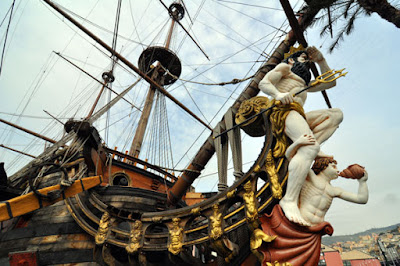 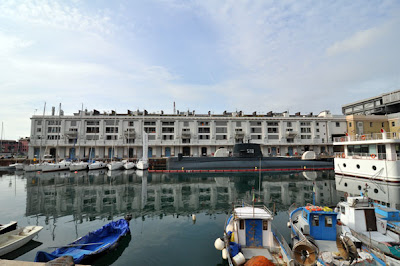 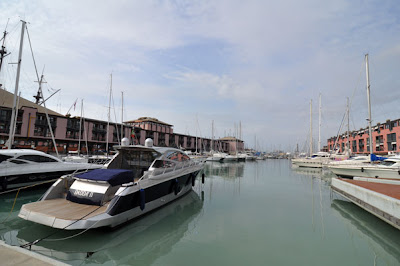 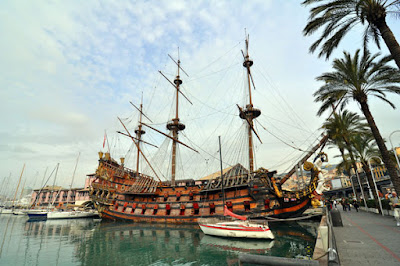 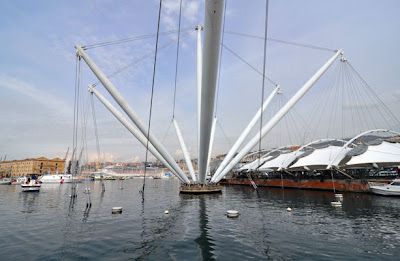 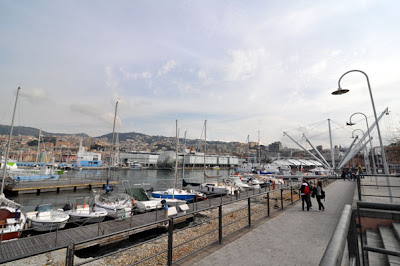 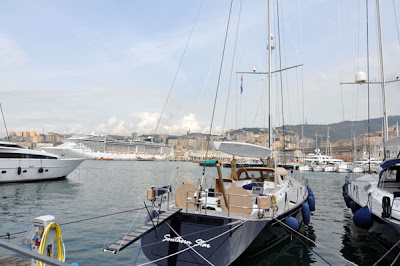 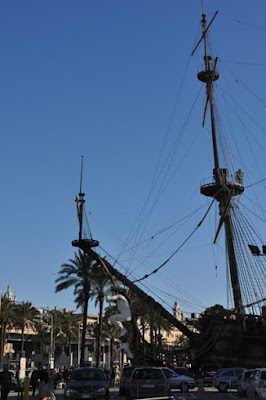 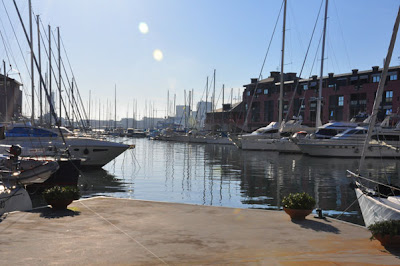 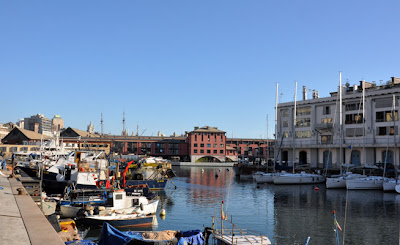 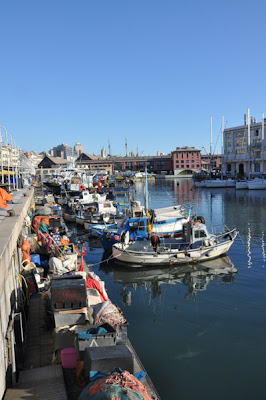 But Genoa is not all about lane ways and the port, it is of great historical interest as well.
Genoa's history goes back to ancient times. The first historically known inhabitants of the area are the Ligures. A city cemetery, dating from the 6th and 5th centuries BC, testifies to the occupation of the site by the Greeks, but the fine harbor probably was in use much earlier, perhaps by the Etruscans. It is also probable that the Phoenicians had bases in Genoa, or in the nearby area, since an inscription with an alphabet similar to that used in Tyre has been found.
Genoa Old Town claims to be the largest medieval quarter remaining in Europe. Its narrow streets provide occasional surprises, beautiful murals and fake building facades and we also appreciated that it is still very much a vibrant part of a commercial city. But more about the buildings of Genoa in the next blog post!