after we left Funchal in the Madeira Islands, we headed towards Malaga in Spain,
We spent a day at sea watching about five whales and a couple of large sea turtles splashing around in the Atlantic as seen here, though I spent more time watching them than taking photos, so missed out on many good ones! 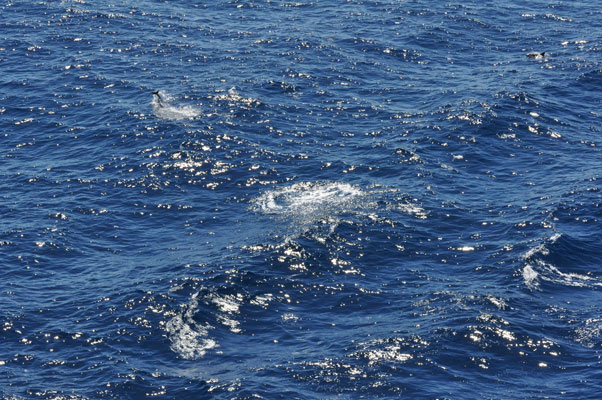 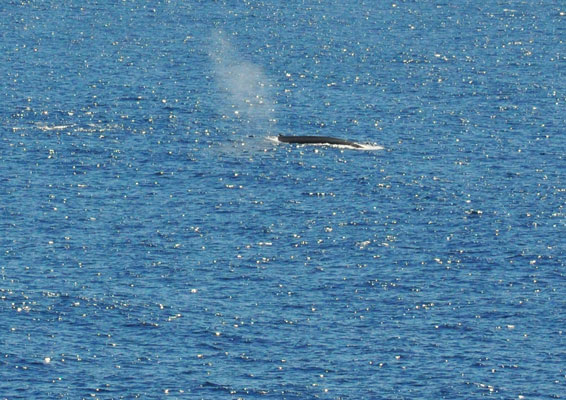 well you can see some bubbles, can't you???
we left the Atlantic Ocean behind and passed through the Strait of Gibraltar and once again entered the Mediterranean sea.
Málaga is a city and a municipality in the Autonomous Community of Andalusia, Spain. With a population of 568,305 in 2009, it is the second most populous city of Andalusia and the sixth largest in Spain.
Birthplace of Picasso, the attractive, cosmopolitan city of Malaga lies on a beautiful sweep of bay in Andalucia. Blessed with sunshine and a spectacular quality of light, Malaga is a city of wide boulevards, swaying palm trees, lively nightlife, good museums and excellent seafood restaurants.
There were quite a few tours available that we could have taken, but we chose to "do the walk" like we did in most places ...... it is our way of getting to see the local culture 'up close and personal' rather than being herded around like cows to places we may not always want to see. Especially when they take you to the "souvenir stores"!


But we managed to have  a lovely long walk of about 5 hours, the following images are of what we saw as we walked around Malaga.
We left the ship just a little after 7.00am .... 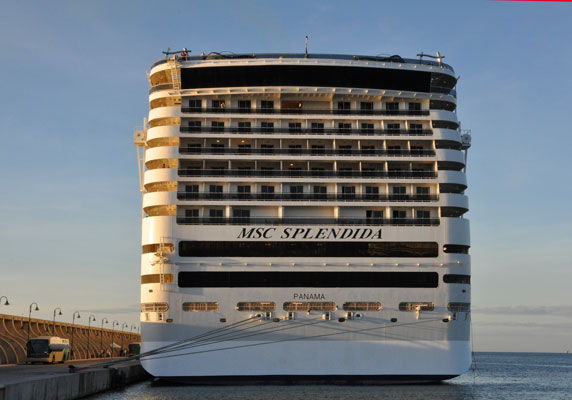 and walked into the town.... 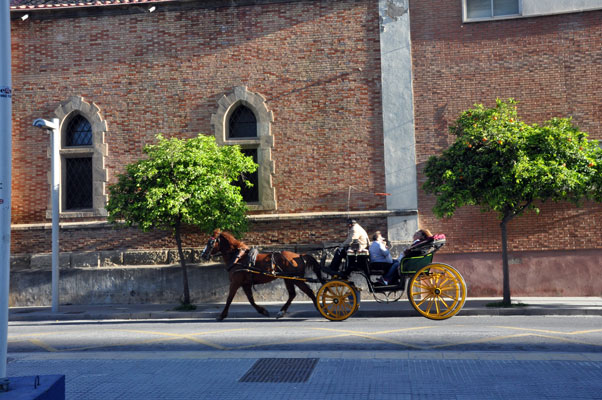 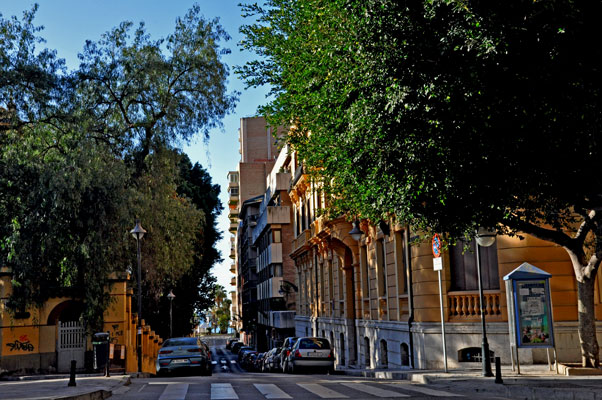 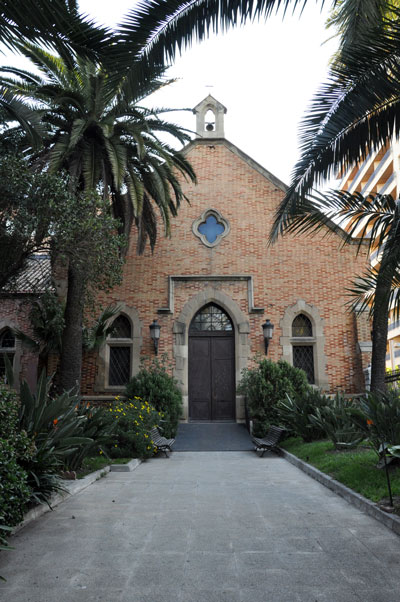 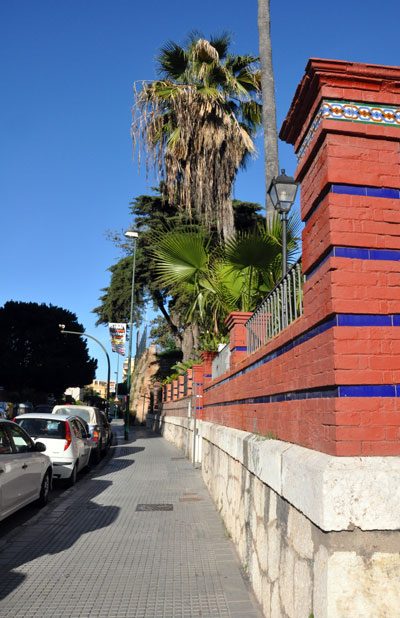 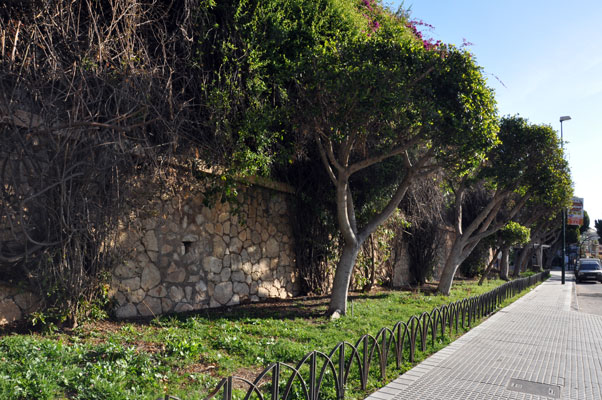 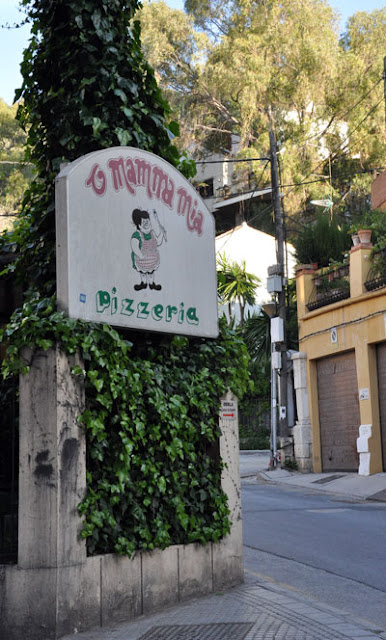 The nearby castle which was rebuilt by the Moors and is today a traditional parador (state hotel) with superb panoramic views. During the nineteenth century, Málaga was a popular winter resort for the wealthy famed for its elegance and sophistication. everywhere you walk there are flowers and brightly coloured balconies, pot plants or walls, or even a combination of both! 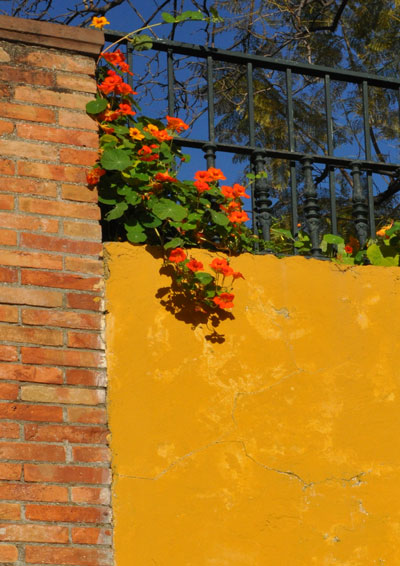 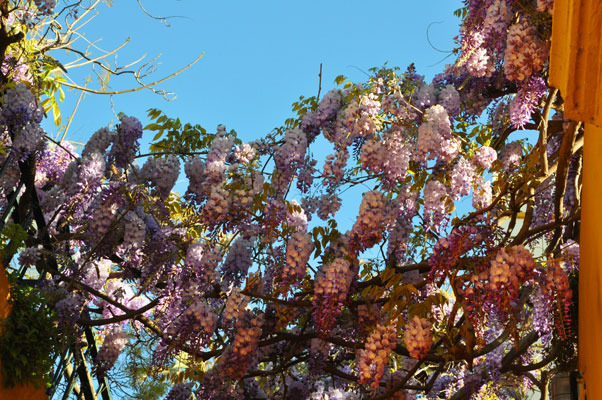 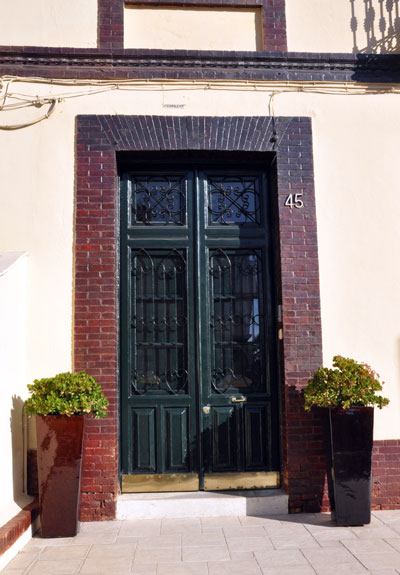 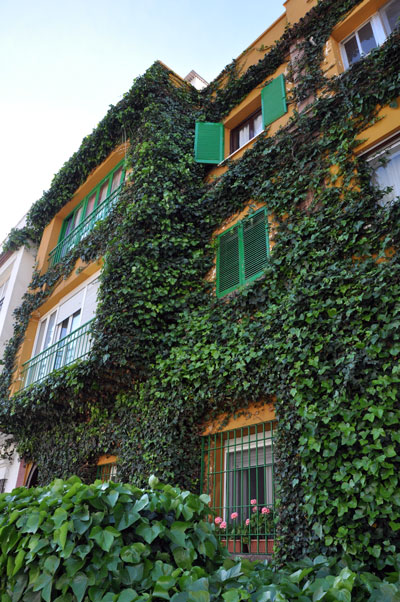 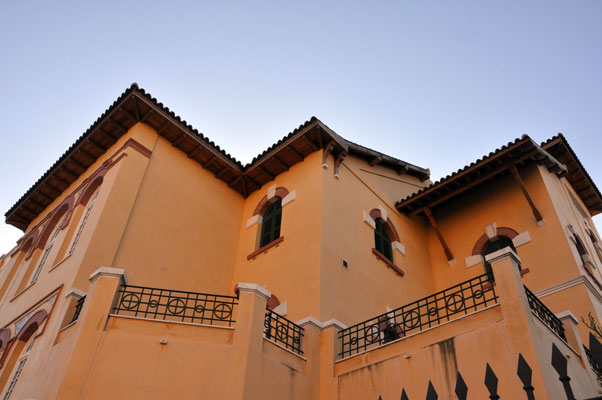 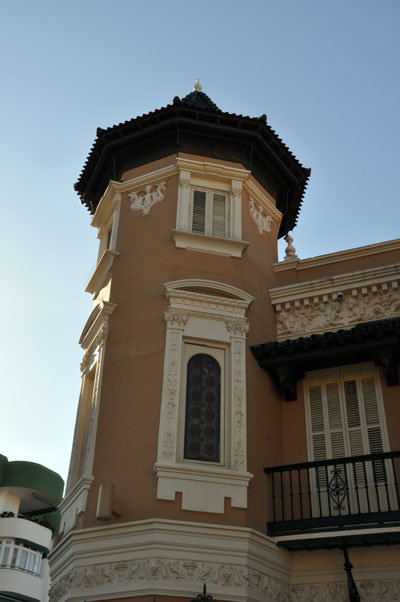 wherever we go and at anytime, John loves the stairs, be it at the MRT, a building, a park or anywhere we are on our travels. If he sees stairs he has to climb them....
and here was no different! 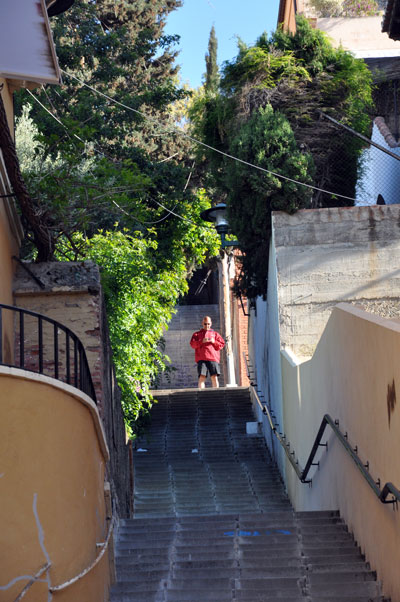 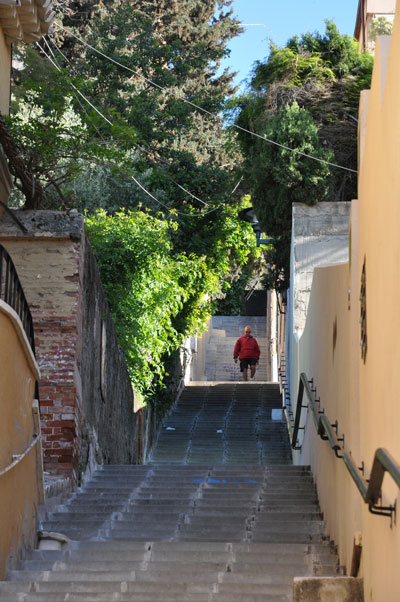 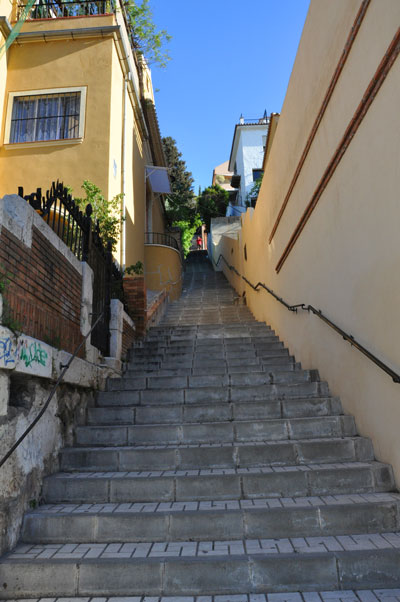 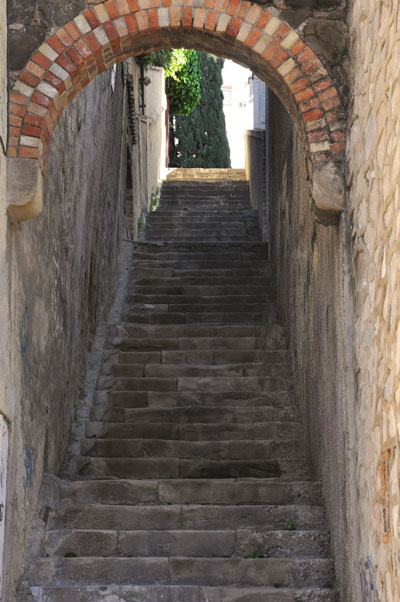 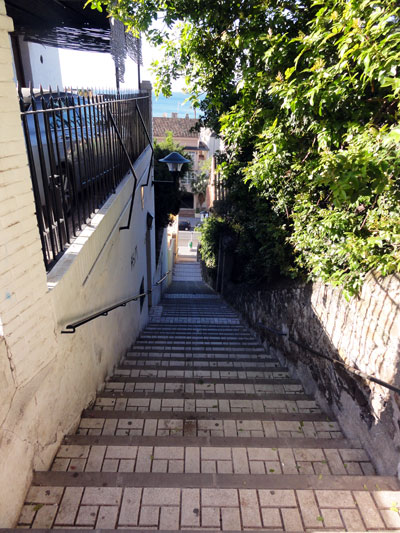 and from the top of these 100+ steps, he managed to see some beautiful views ... so it must have been worth it! 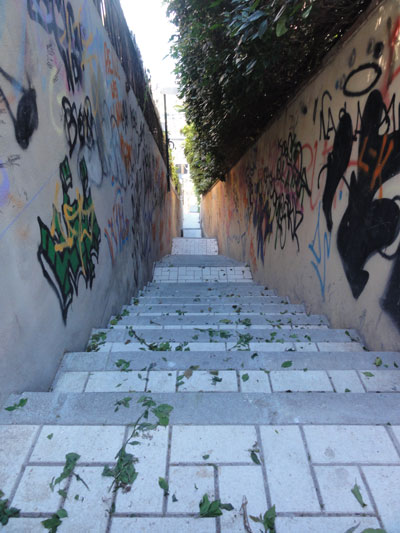 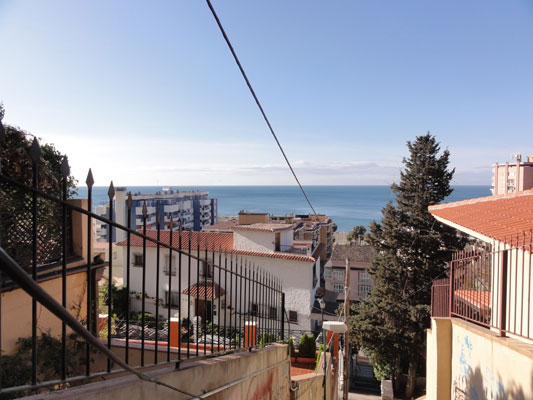 imagine waking up to this view every morning? 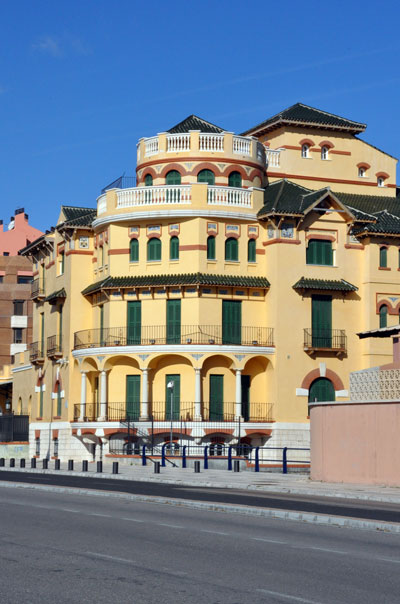 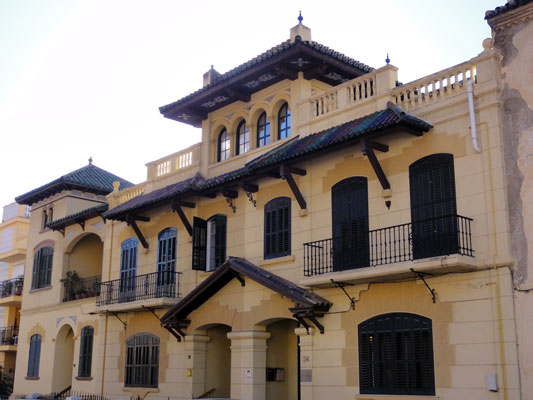 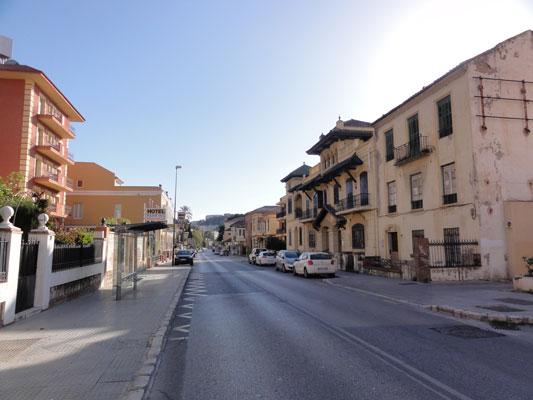 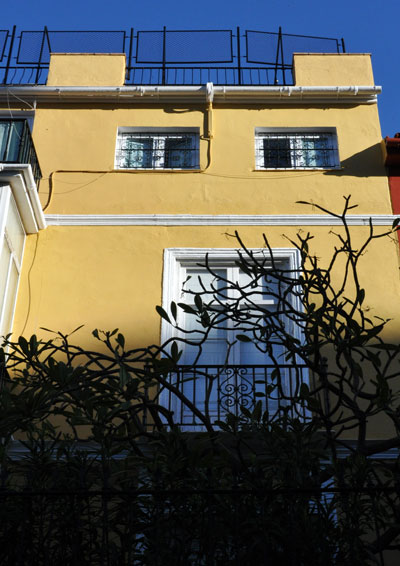 we continued our walk past some fine old buildings,
returned to the ship, headed out to sea
and on our way to
ROME! 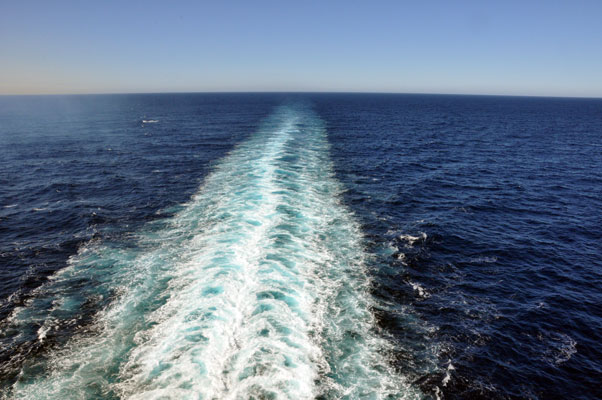 the previous blog posts were on
Funchal, Madeira Island, Portugal
1. Lizards and more lizards
2.  a banana, or two or three
3. the architecture of Funchal

8. just a glimpse of the sea
Rome was amazing, am so looking forward to blogging about what we saw and to share it with my followers!
stay tuned.

I've only ever flown into Malaga airport when we've been going somewhere else in the area and never stopped in the town. It looks like a lovely place so maybe next time we go we need to actually stop there first.