Traveling Along The Chao Phraya

A cruise along the legendary Chao Phraya River, Bangkok, Thailand, and some canals on the Thon Buri side is the most pleasant way to explore the city once dubbed "Venice of the East". 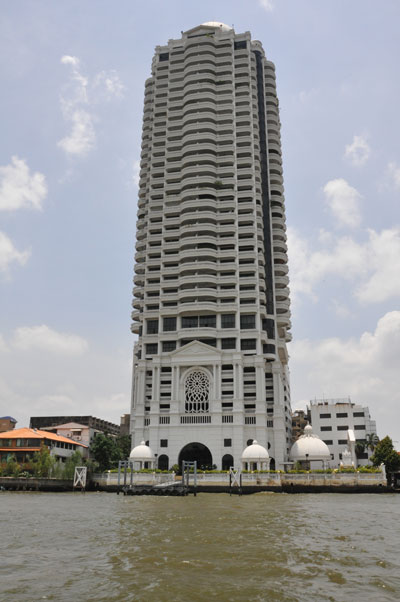 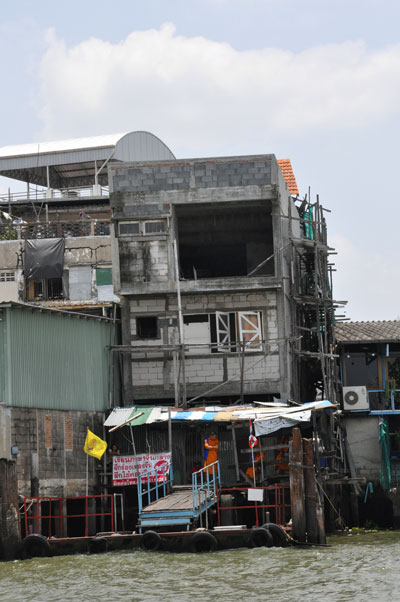 But be warned, it certainly is a river of contrasts as seen above!

The Chao Phraya is a major river in Thailand, with its low alluvial plain forming the centre of the country. It runs through Bangkok, the capital city, and then empties into the Gulf of Thailand. 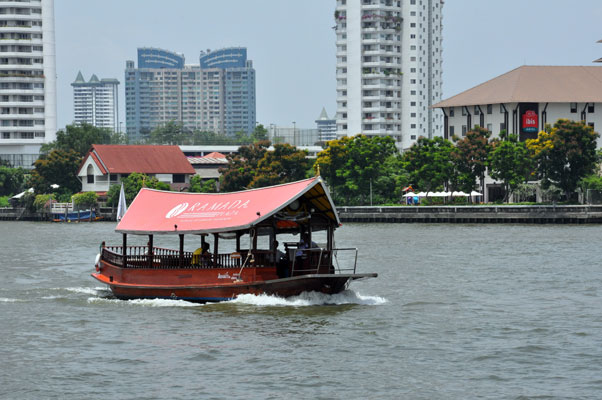 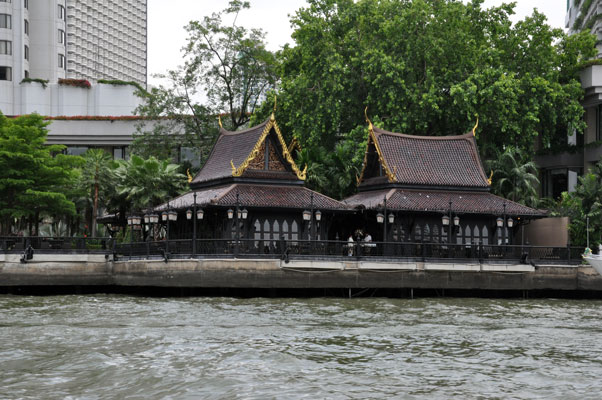 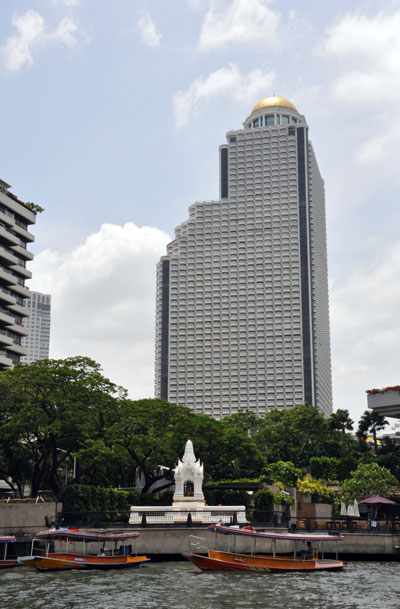 The majestic charm of the Chao Phraya adds perspective to your exploration of the city's premier attractions.  Rivers and canals referred to maenam and khlong in Thai have always been vital forms of communication. When the capital of Thailand was moved to Bangkok in 1782 (the beginning of the Rattanakosin period), the capital was laced with canals, so Bangkok was sometimes called the "VENICE OF THE EAST" by European visitors. 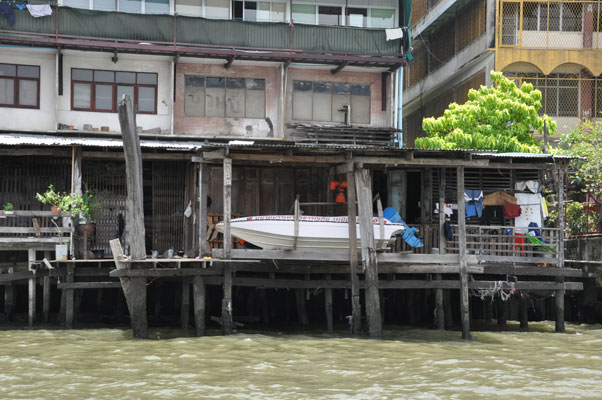 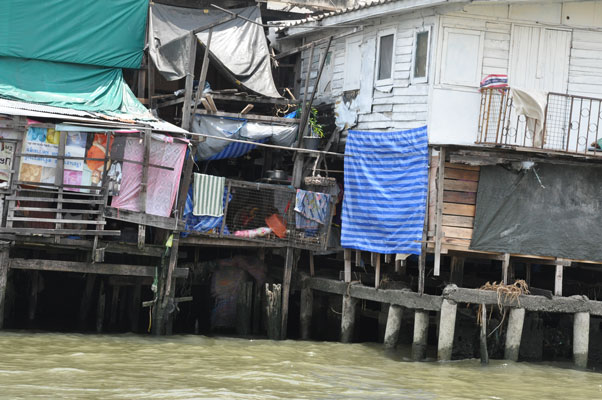 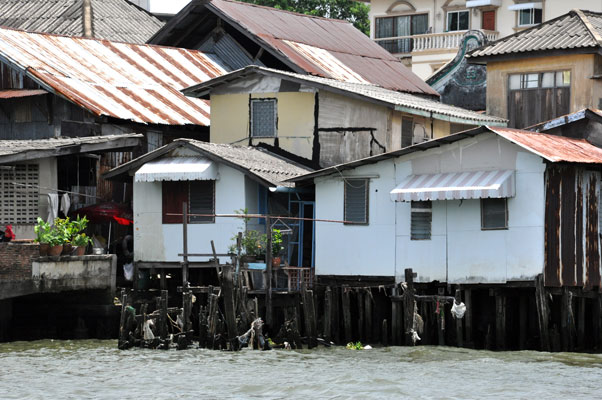 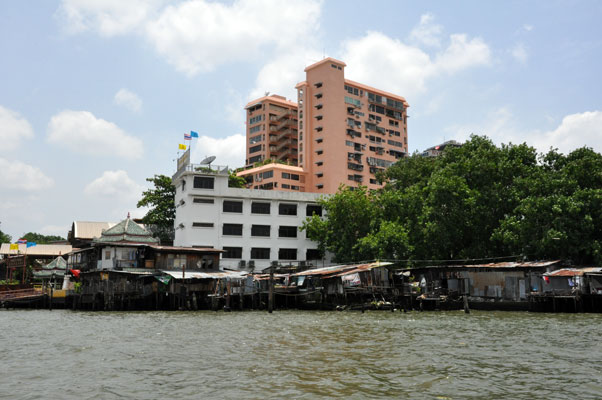 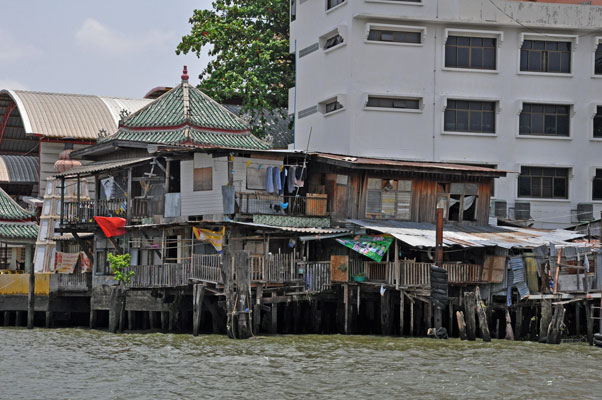 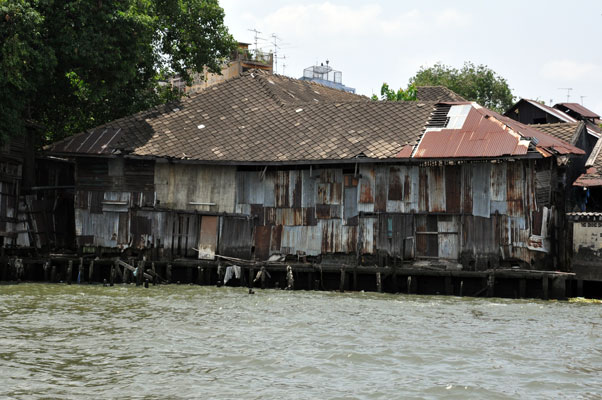 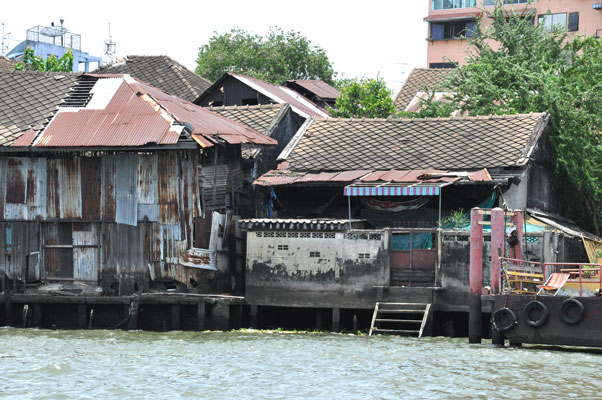 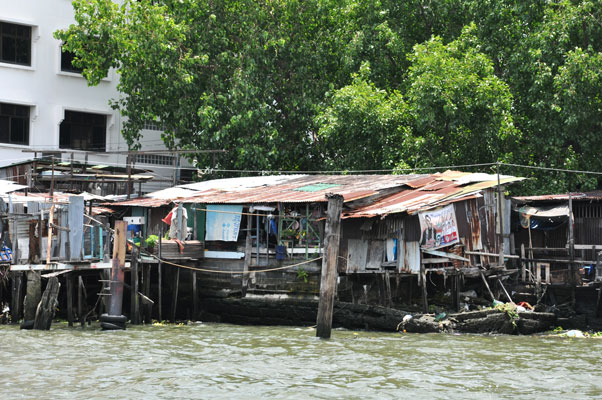 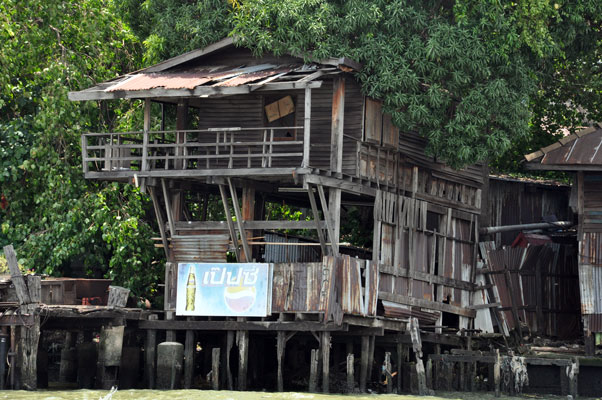 In the past, Bangkokians usually settled by the Chao Phraya River and gradually spread into the core of the country. As you will see traces of the Early Rattanakosin period such as architecture and traditional ways of life have been left by the river more than in the inland areas. Besides, waterways at that time were the most important means of transportation and trading as well. 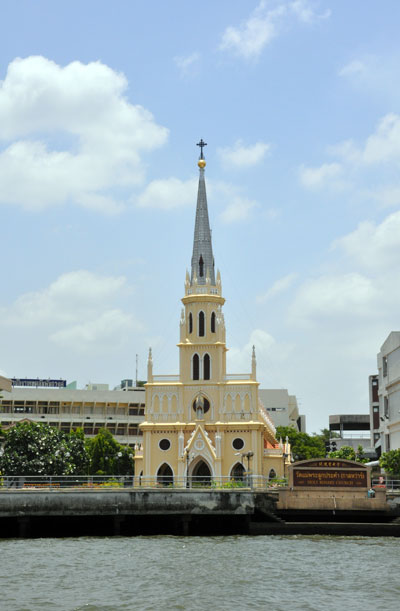 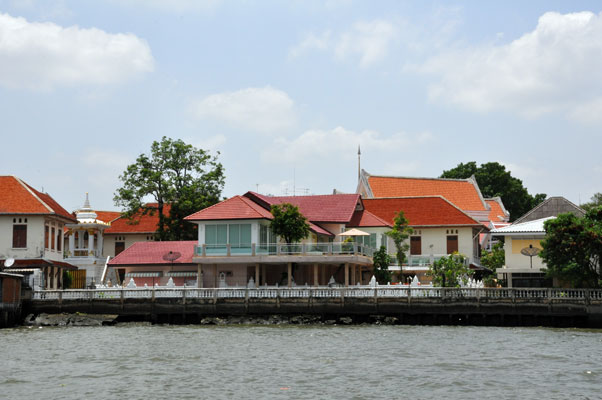 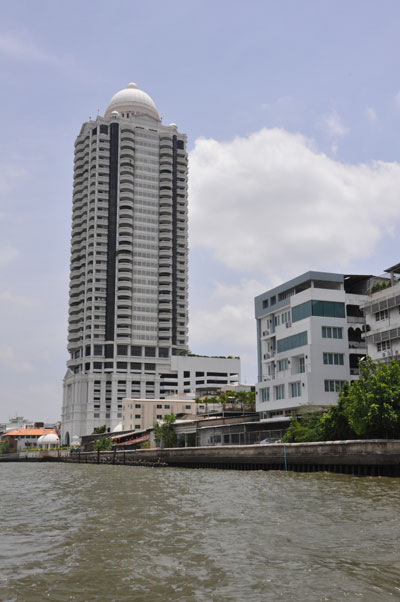 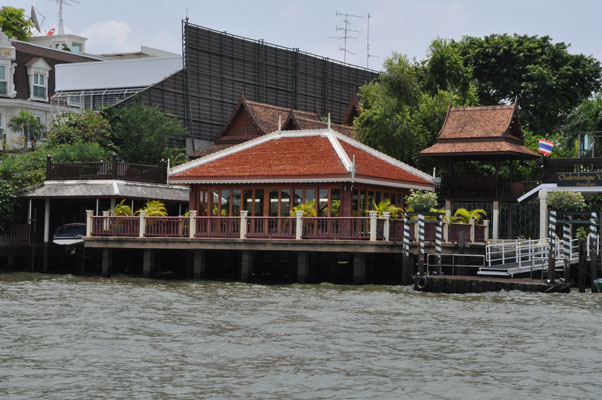 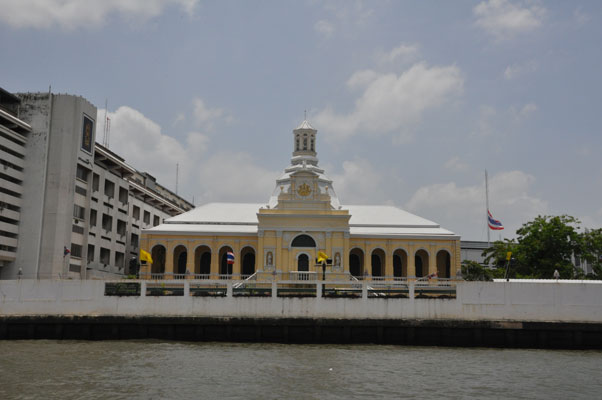 Nowadays, even though Bangkok has become a modern city, the Chao Phraya River as well as the canals are still charming for whoever wishes to seek the peaceful atmosphere amidst bustling Bangkok. 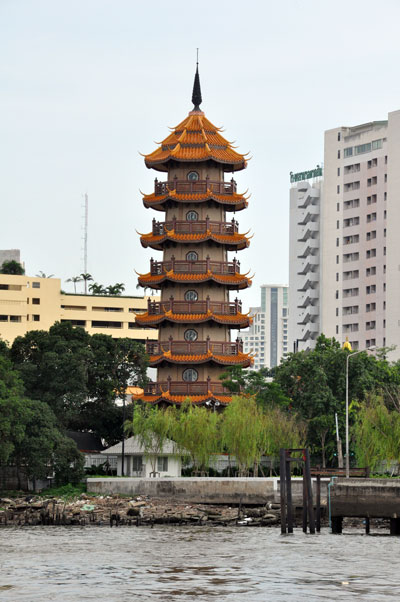 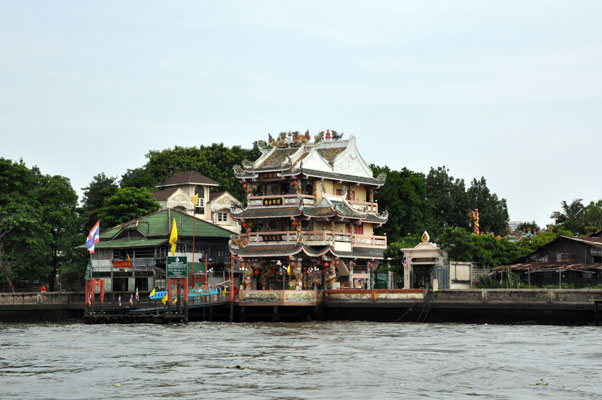 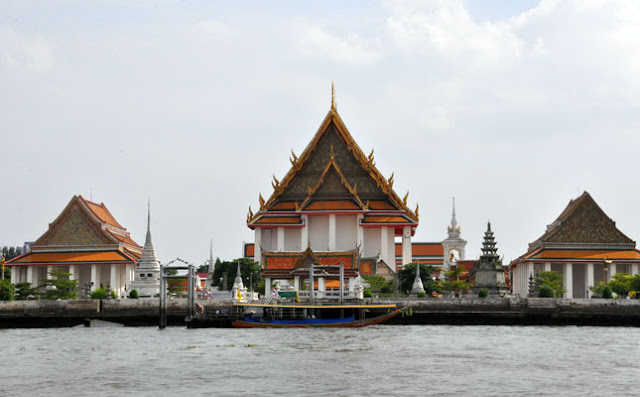 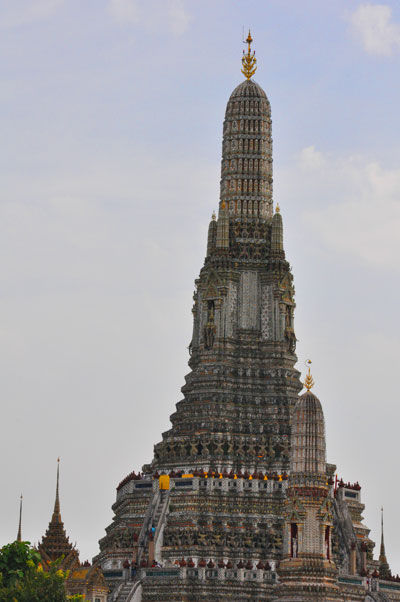 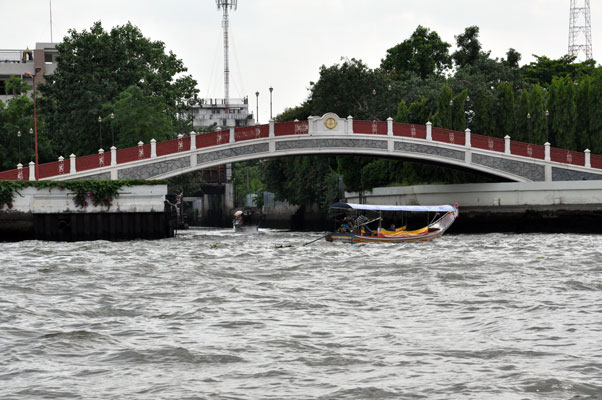 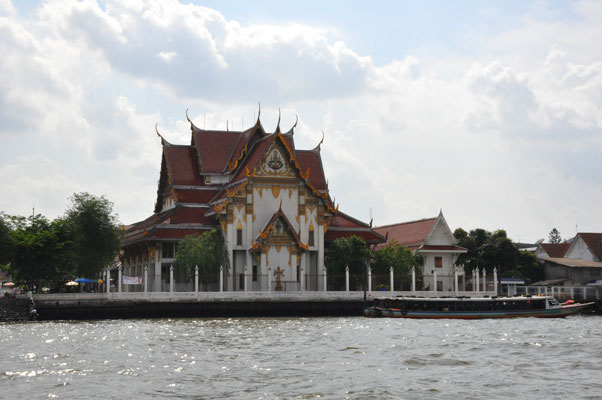 We didn't get to see the "floating market" as we were in Bangkok during the week and the Taling Chan Floating Market is only held at the weekend. Boats and stalls gather here for selling a variety of food. But for those in Bangkok for a weekend may like to take note of the following:

The boats operate everyday from 0930 – 1500 hours, departing every 30 minutes, from Sathorn to nine other piers near major tourist attractions. Day passes at 100 baht each are good value for unlimited trips for the day.

In their website HERE it shows all the piers you’ll be visiting if you take this tour, what you can expect to see along the way and the historical significance of these places.

All of the images in this blog posting were taken from the boat we were on. So you do get to see a lot .... you can get on and off at any of the piers for sightseeing, shopping or eating! 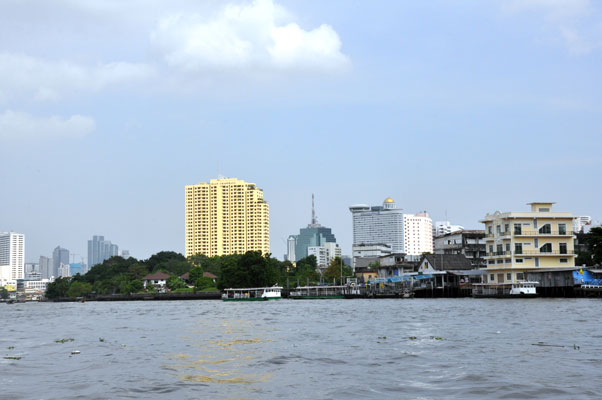 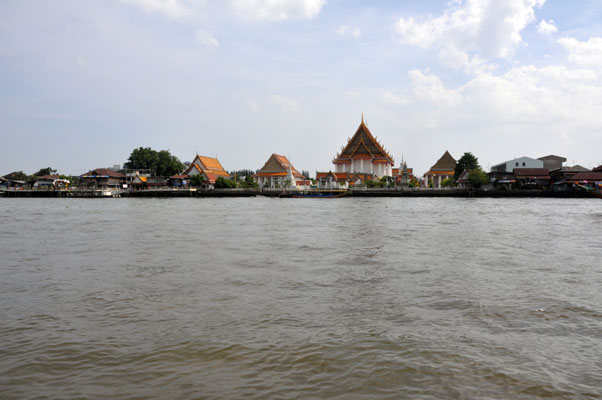 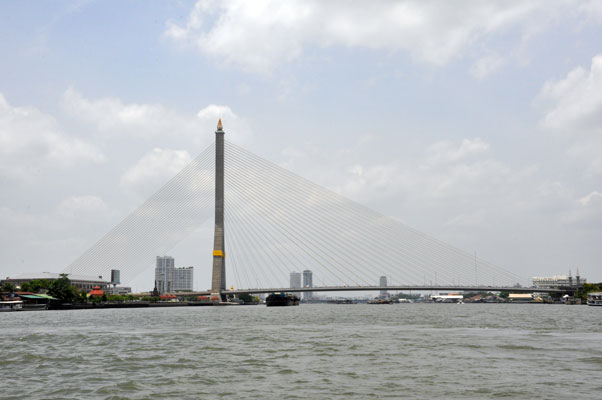 the image - above - was taken where the boat 'turns around' for it's return journey back to the original wharf.

and the following image was taken just after we left the rail station and were walking towards the river...... 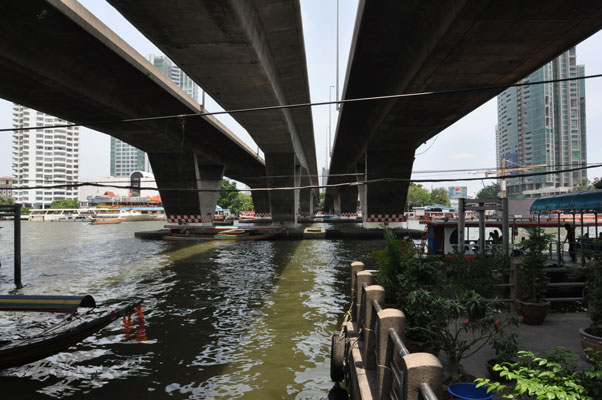 If spending a few days in Bangkok, it is certainly worth doing one of the river trips.

other things we did while in Bangkok were:

learned a little about the man himself

our flight on Tiger