yesterday was a great day for John, he, along with about 60 other cyclist's rode completely around Singapore! 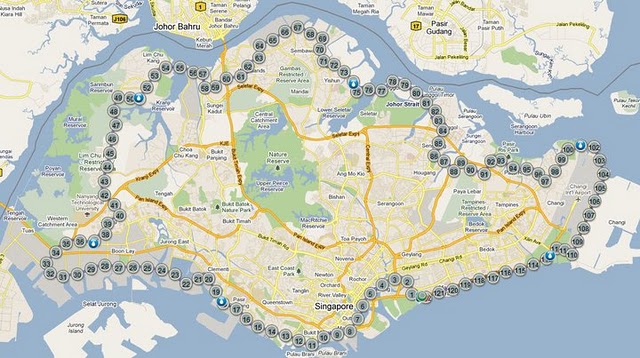 That is 128 klms going clockwise, starting at ECP (East Coast Park) at 7.30am with the riders ending back at that same point from about 4.30pm.

[thanks to Francis Chu for the above image]

Many people - cyclists in particular - will think that 128 klms is not such a 'big ride', but it is IF you happen to be on a foldable bike .... yes, most of the riders yesterday were on the foldables. Which also means less gears and smaller wheels.

Johns wheels on his foldable are 16" whereas his road bike back in Australia was 27" ... that alone makes a huge difference. His legs would have been going twice as fast as others that were on a road bike.

So yes, I am very proud of him.

Proud of all the riders actually, because it was quite an achievement for everyone. There were teenagers, children, women and older male riders too .... everyone was out to have a good safe ride and to enjoy themselves.

They completed the Hard Ass Iron Butt Ride - 128 klms as it was named!

the first stop was at WCP (West Coast Park) after riding just 18 klms! 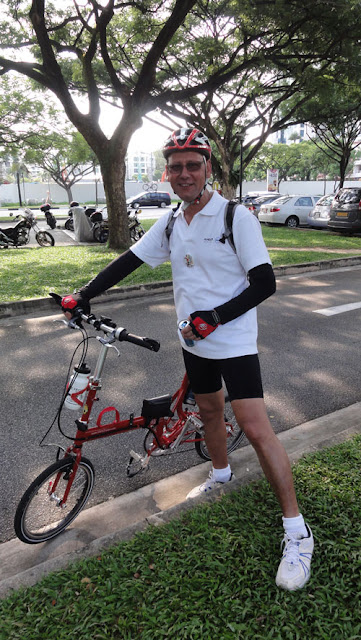 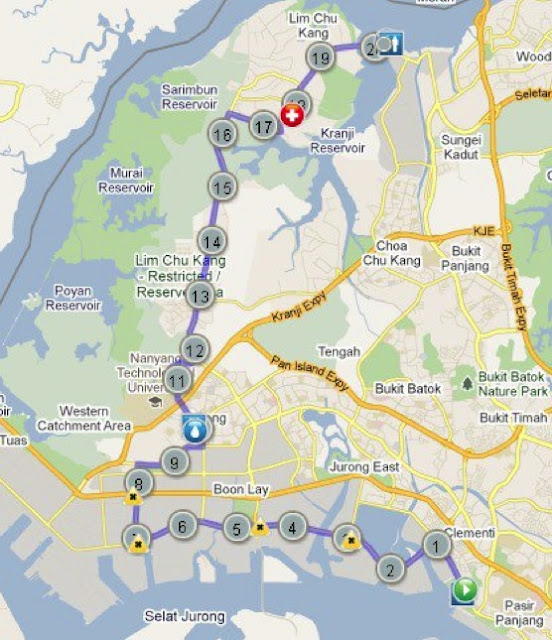 stopped at Changi Village to refuel! 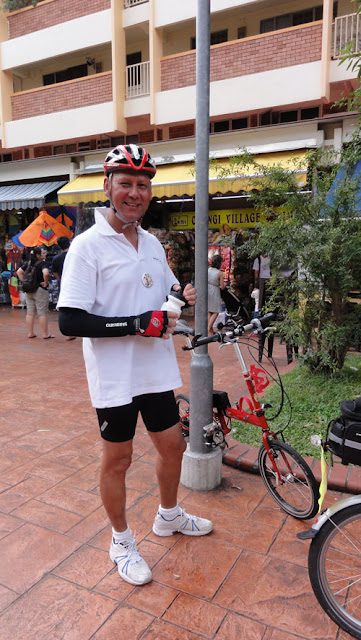 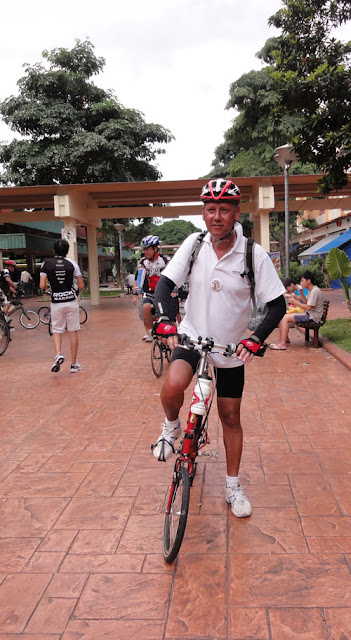 and now ready for the final leg of the epic journey! 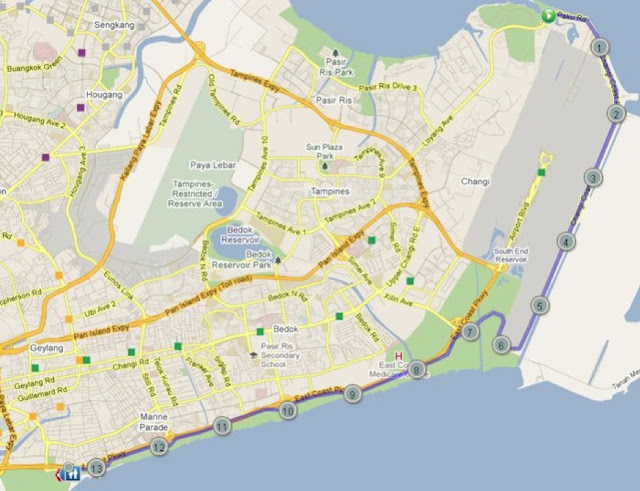 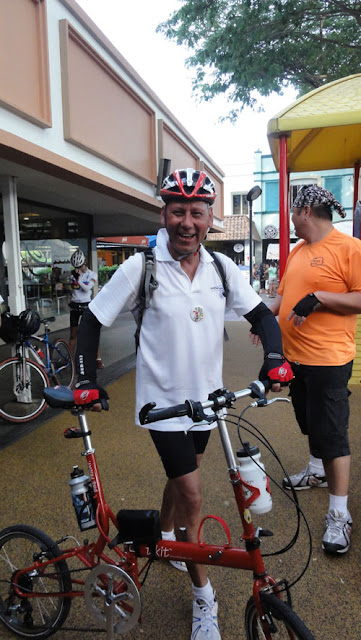 as did the other riders
CONGRATULATIONS TO EVERYONE!! 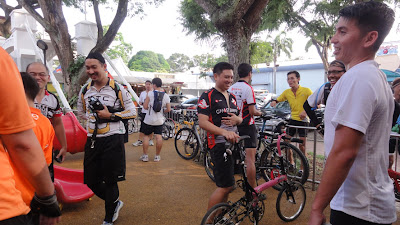 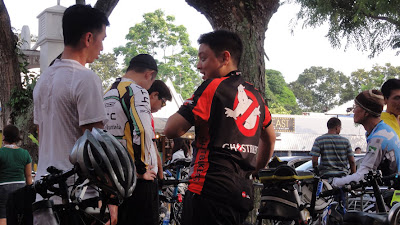 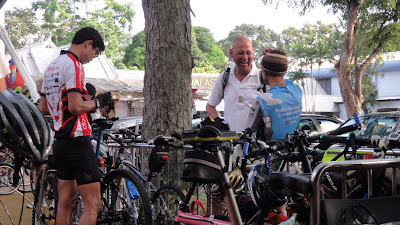 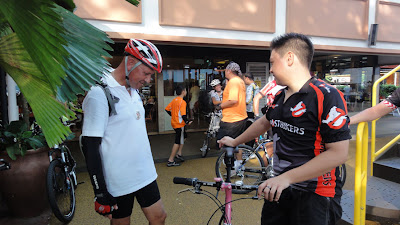 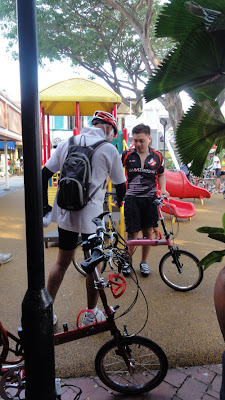 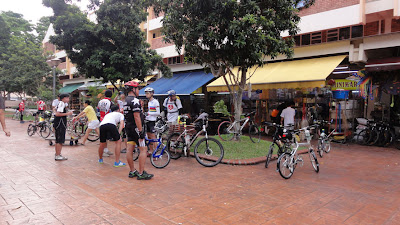 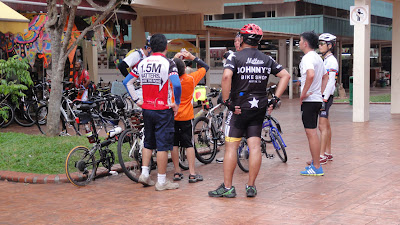 and from the archives:
below are our bikes from the year 2000!! 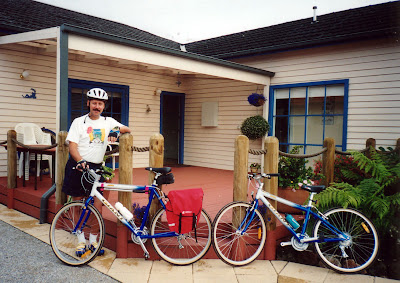