the invite and The Teochew Opera street performance!

the invite mentioned a 'night at the opera" ...... and my first reaction was not to go as I do not like opera music in any form, it is probably the only music genre I do not enjoy.

But I looked at the invite again  "would like to invite you to dinner + a Teochew Opera performance at the Singapore Food Trail" .... not sure what won me over .... the dinner at the Food Trail or the chance of witnessing  something very different .... the opera performance!  We had moved to Singapore to be part of the local scene and explore as many cultural events as we could. What an opportunity!


The next day came a message asking if I would like to go backstage and see the performers applying their makeup and getting their costumes on for the actual Opera Performance. Now that was certainly going to be very interesting.

I arrived with some trepidation mid afternoon, not sure what to expect. 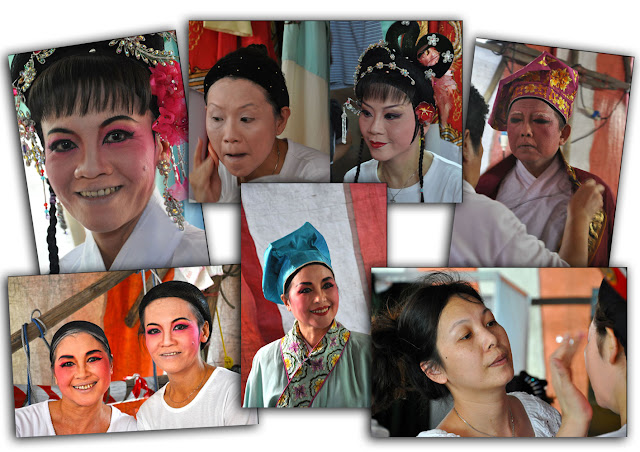 But it was not long before I felt very comfortable amongst everyone, they were all so friendly and welcoming, for me it was truly an 'honour' to be able to watch and photograph the performers at this time and who made it so much easier for me.

But I sat there most of the time mesmerized at the time and effort it was taking to apply the make up, watching the 'transformation' and the costumes, I know this was an amazing opportunity and was mostly due to the Thau Yong Amateur Musical Association and for that I say a huge thank you. 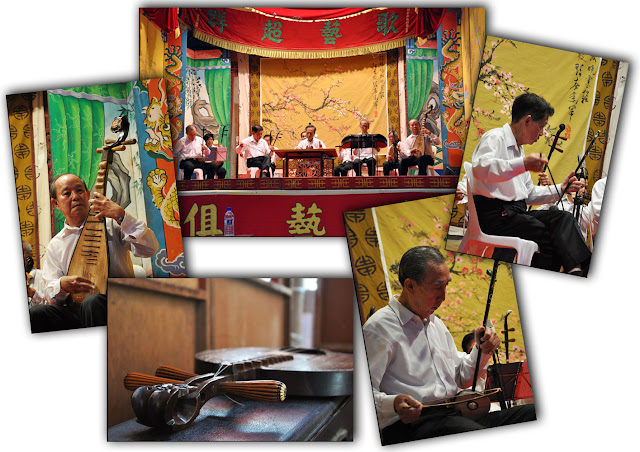 even the costumes were colourful and quite exquisite ... 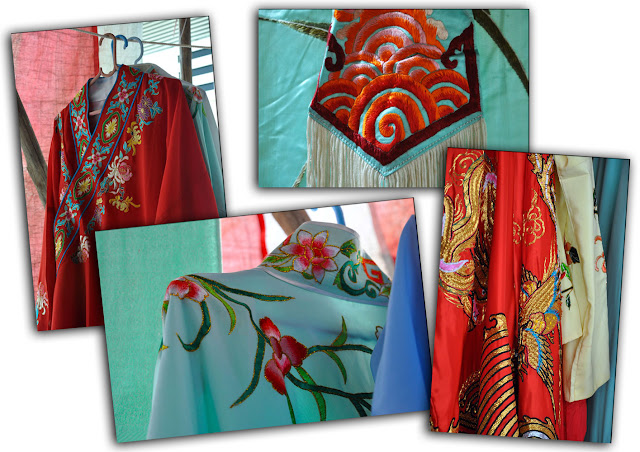 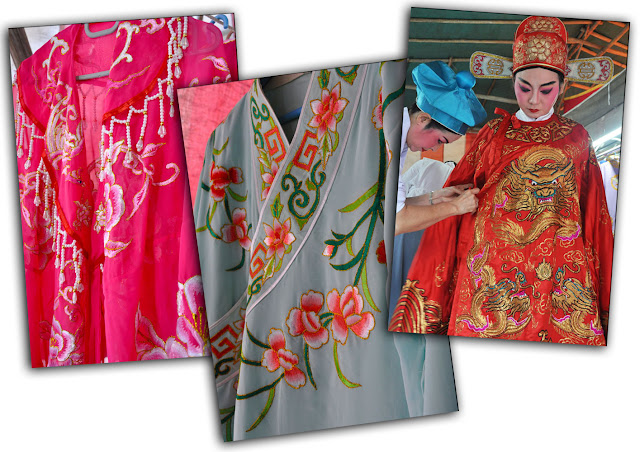 This type of Opera - the Teochew Opera- is a fast disappearing art form and culture here in Singapore, largely because not many and particularly in this present generation,  understand the dialect enough to truly appreciate it. But on the other hand, this also makes them exquisite & precious in the art scene giving these performers the much needed recognition which they so much deserve.... and I read recently that Chinese opera is one of the three oldest dramatic art forms in the world!

The Teochew Opera street performance had its heyday in the 1960's in Singapore and last week at the Singapore Food Trail was to help us all recapture those times. Nice to see that there are amateur troupes such as the Thau Yong Amateur Musical Association which is celebrating their 80th Anniversary this year keeping the tradition alive. 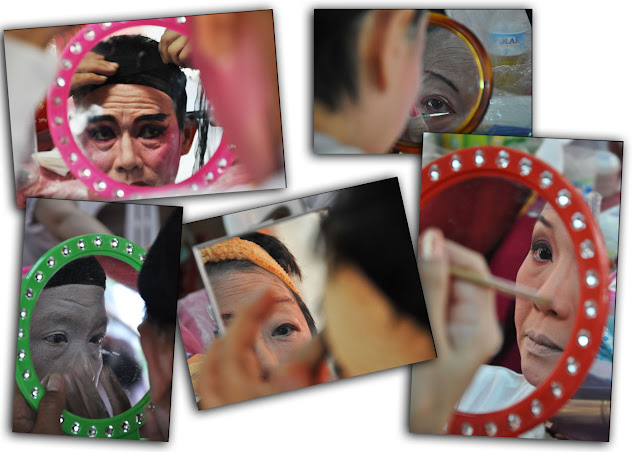 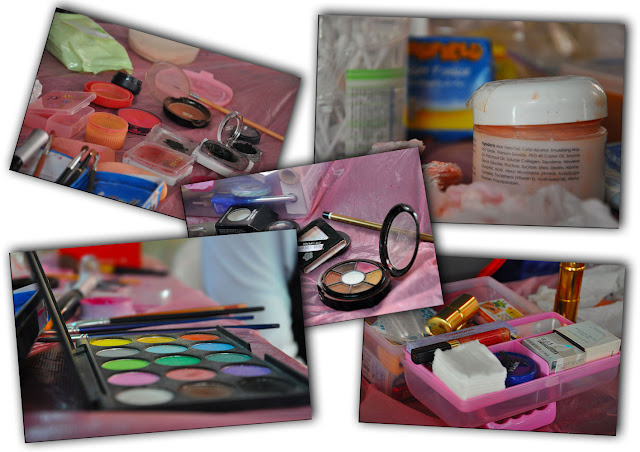 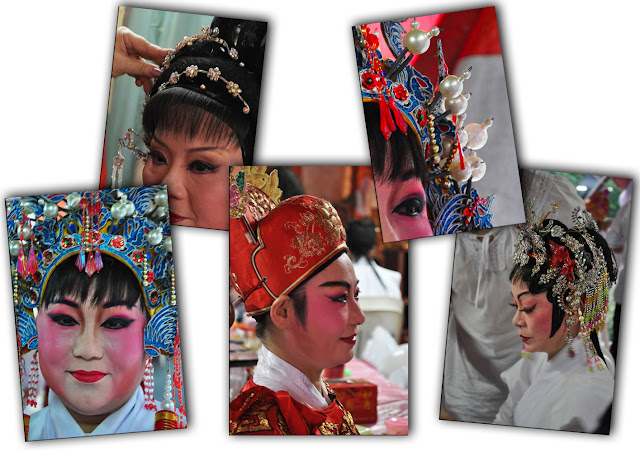 all I can say is that I thoroughly enjoyed the afternoon watching the performers backstage, their preparation and we were all captivated by the dramatic performances by the WaiJiang and Amateur Teochew Music Ensemble.

Never again will I doubt such an invite .... this was truly a blessing, regardless of not actually understanding all the words I had Pei Yun (Oceanskies) helping explain some of it, but I found I could also follow it by watching the gestures and actions of the performers as well.

CLICK HERE to read a little of the history of the:

Many thanks to the Singapore Food Trail, Chloe and Jonathan from Select Group Limited,  Juliana, Belinda, the URA, Marina Bay Singapore, WaiJiang and Amateur Teochew Music Ensemble and fellow bloggers too!
Thank you to everyone concerned that made this evening so special.