Terracotta Warriors: The First Emperor and His Legacy

the exhibition will finish here in Singapore on October 16.
The armour plates: 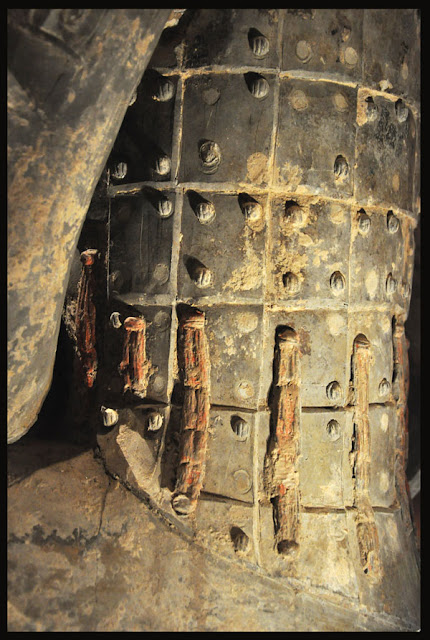 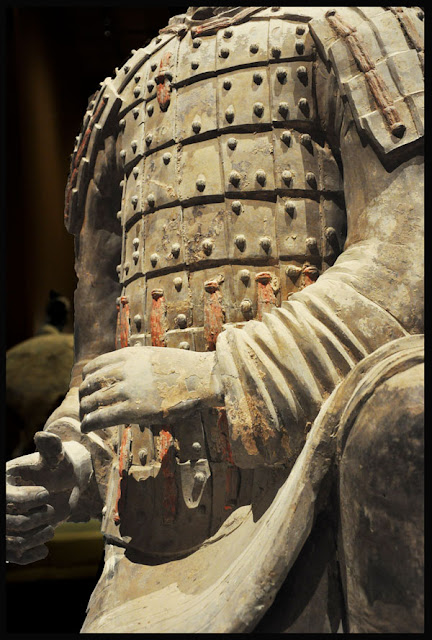 The elaborate, braided hair and detailed hands demonstrate the high level of artistry applied to the figures. The armour plates are tied together with leather straps which still show their original red paint. Archers wore only light armour to ensure speed and mobility.

Archery was one of the 'six noble arts' as well as a basic military skill required of all soldiers. This figure is one of 160 kneeling archers from Pit 2. They were arranged in pairs and surrounded by a large group of standing archers, possibly reflecting battle formation. 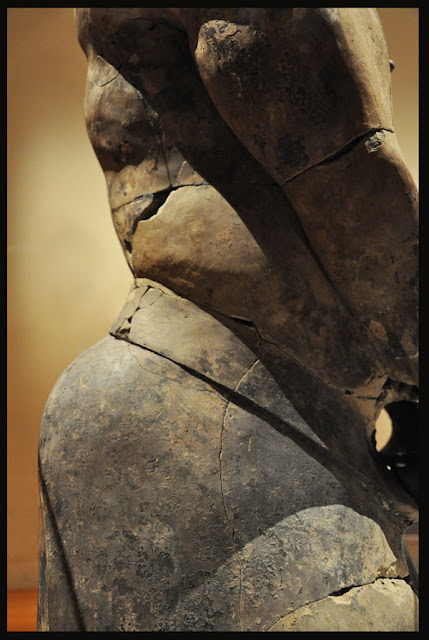 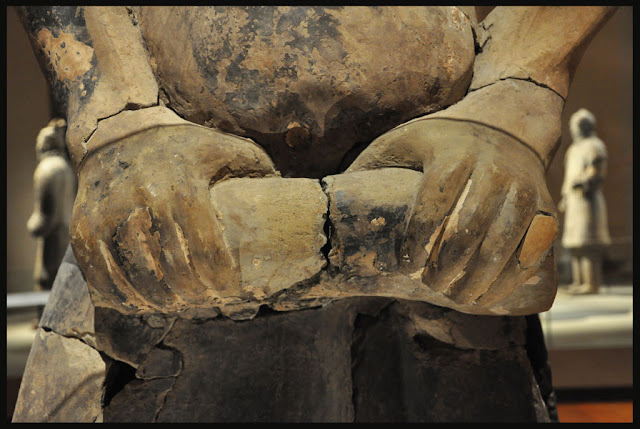