The Terracotta Warriors exhibition will finish here in Singapore on October 16.
In 1974, workers in China were busy digging a new well when they made the most amazing discovery.  They came upon a pit where initially, they unearthed 1,000 pieces of pottery figurines, a few bronze chariots, horses, and weapons that would have been used during that era.  However, they soon discovered this pit was massive and the resting place of more than 6,000 full-size soldiers made from terra cotta, all standing in formation, many with their horses ready for battle.

Archaeologists were ecstatic about this find and intrigued that the horses all faced east and the soldiers each had unique facial expressions, making them appear uncanny but realistic.  To date, 96 horses and 11 chariots have been uncovered but archaeologists believe this is just the beginning. 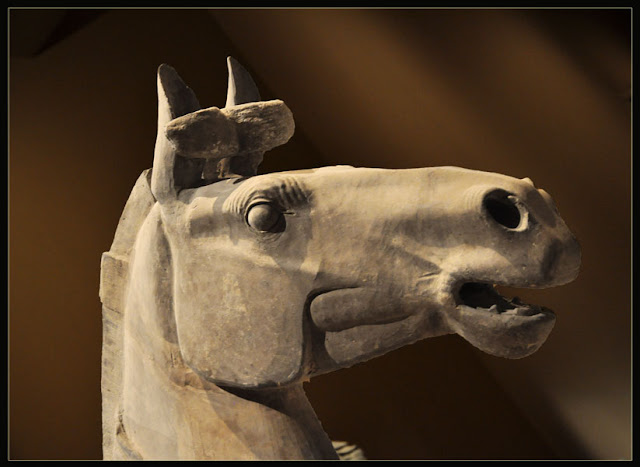 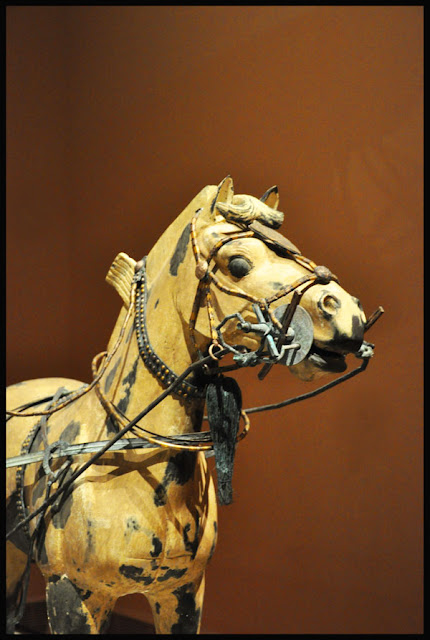 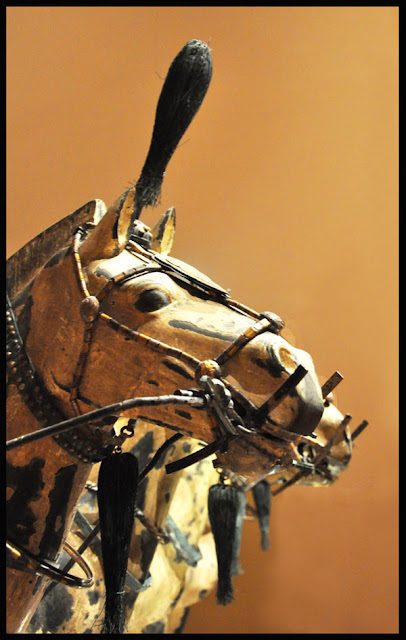 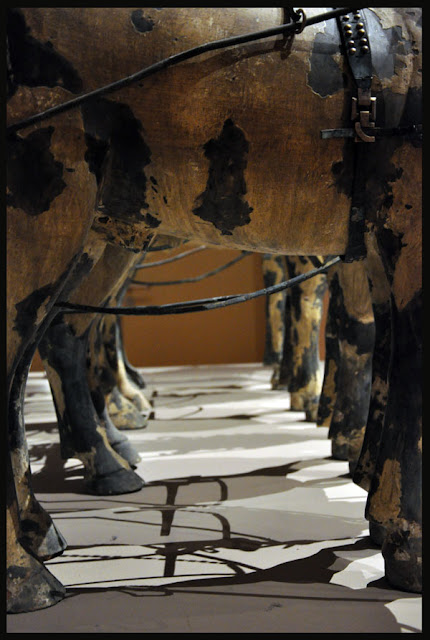 These objects decorated a half life-size wooden chariot discovered near the First Emperor's tomb mound. The First Emperor ordered construction of new roads to consolidate the empire, and made journeys to inspect his territories decorated with components like these. 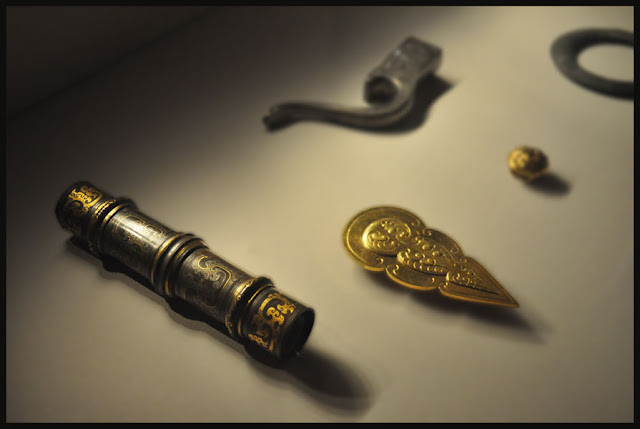 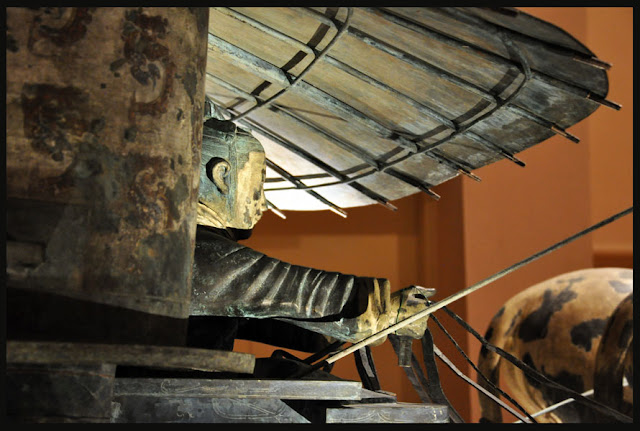 24 Jun 2011 - 16 Oct 2011
This exhibition is organised by the Asian Civilisations Museum,
in partnership with the Shaanxi Provincial Cultural Relics Bureau
and the Shaanxi Cultural Heritage Promotion Centre, People’s Republic of China.
Asian Civilisations Museum
1 Empress Place
Singapore 179555
please stay with us as we take you through the exhibition over the next few days.
++++