The 16.8-ha site of the Labrador Park Nature Reserve, facing the sea in the southern part of Singapore is one of our least known parks but it has a rich variety of flora and fauna. Nature aside, Labrador Park is better known for having been one of the British navy's strategic defense sites meant to protect the harbor of Singapore in World War II. 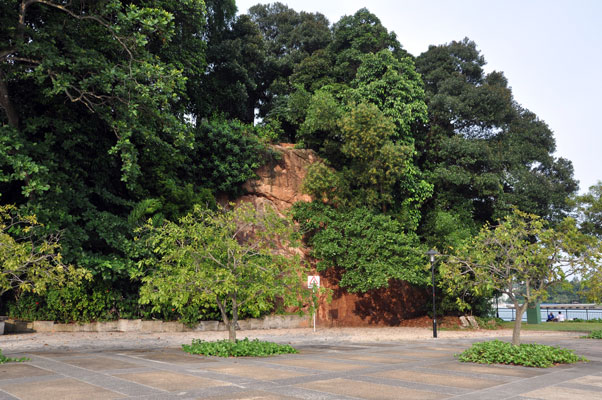 Labrador Nature Reserve contains many historical relics from World War II and earlier, left behind by the British. That is because it has a long history, dating back to the 19th century. It also played a significant role in the history of Singapore.

There was an old British fort, the Fort Pasir Panjang, located on the hill and cliff next to the sea. The cliff’s high vantage point led the British to identify it as a defence site to protect the entrance to the harbours of Singapore. It became one of nine sites in which the British had set up their batteries, and is part of the British overall defence system for Singapore. 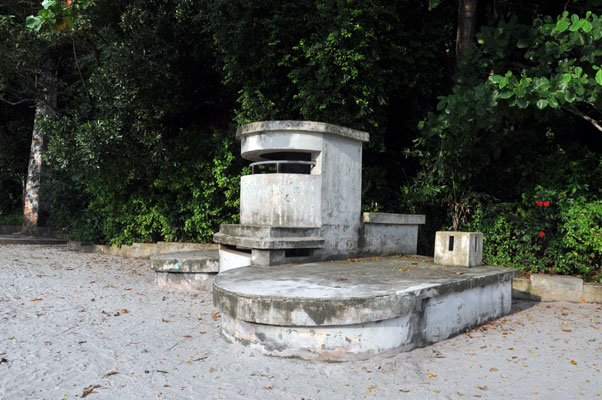 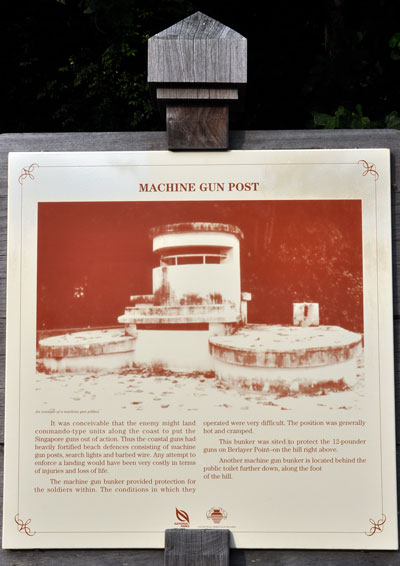 The British made the beach an “impenetrable fortress”, making it extremely difficult for enemy ships and troops to enter Singapore via that area. It would have proven very useful in combating the enemies.

Alas, the site did not see much action during the war. When the Japanese arrived in Singapore, they, together with their equipment, came from the Northern coast, instead of the Southern coast which the British expected. No Japanese ships passed through the area at all. As a result, much of the equipment at the fort was put to waste.

The job of the fort then was only to provide a place for shelter and ammunition storage for the British troops. It was also near where the Battle of Pasir Panjang took place. 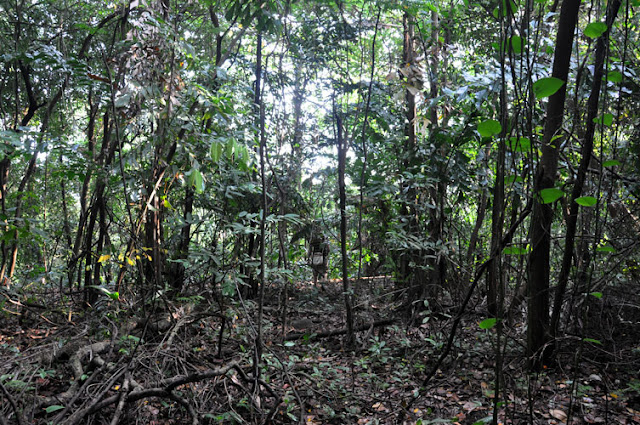 above image was taken (Feb 2011) from within the machine gun post on Kent Ridge where the Battle of Pasir Panjang took place.
When the British Armed Forces surrendered to the Japanese in 1942, the equipment at the fort (on Labrador Park) was quickly dismantled, and it was closed down and abandoned. After the occupation was over, the fort remained closed.

In 2001, two tunnels were also discovered within the park. They were located beneath the old fort, and probably served as a storage of ammunition and supplies, as well as a hideout for British troops. One of the tunnels goes under the sea and leads to Pulau Blakang Mati. Part of the tunnels have been opened to the public. 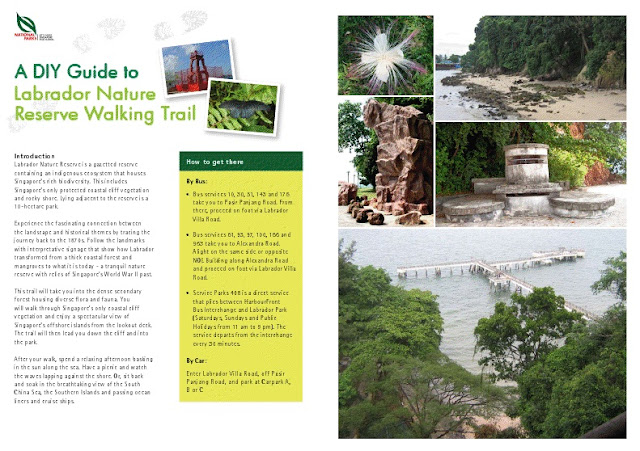 On the National Parks WEBSITE there is quite a bit of information on the Labrador Nature Reserve including a walking trail - as above - please do check it out.

Relics from World War II, such as the cannon and machine-gun posts, give visitors a taste of the past. For safety reasons, the jetty and rocky shore areas are closed, together with the war tunnels which were discovered in 2001 and are currently (January 2012) under maintenance.

Blog post is here for the Labrador Nature and Coastal Walk.

Blog post is here for the MudSkippers of Berlayer Creek.