It's been over a week since my last blog post - about packing - and its not because I am lazy, as that is far from the truth! 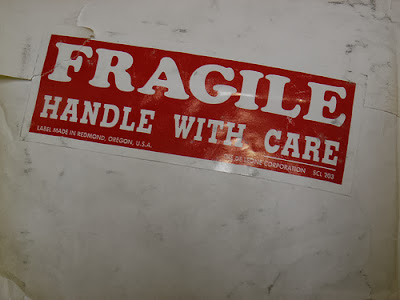 This packing business is taking on huge proportions and is far bigger than we first realised.  The packing is much harder 'going back' than when we first moved over and I have no idea why. Am sure we have a more now than when we first arrived in February 2007.

For those considering a relocation or thinking about becoming an expat, be warned. If you decide to move OS for just a couple of years - travel lightly.
The #1 piece of advice you hear from frequent travellers: Pack light. Lay out everything you think you need. Then put away half. 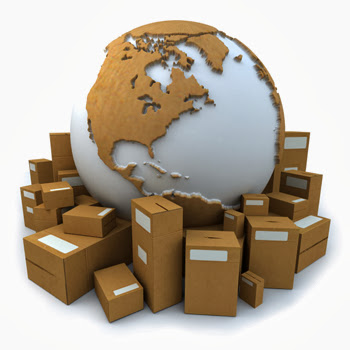 This also applies to expats moving OS.... believe me.

Most expats have the company they are working for to help with 'the move', the payment, the packing, the relocation etc. They will feel it wont matter about how much they bring over, and at the time, it probably wont. But when it comes to moving back, think carefully, will the company be paying for your move back? Will you still be working for the same company?

Organising, sorting, packing and repatriating is a lot harder when you need to do it all yourself.
We were only moving to Singapore for two years. Yes, two years!

Two years came and went, then three, then four and now five years!

We brought over things we thought "we might need" and never used and we didn't realise most of the apartments are fully furnished, so one could easily arrive with just a couple of suitcases!

with hindsight - and we all know about that - we should have arrived here with very little, then the packing would be a little easier. Just like Jeff and Flora did. 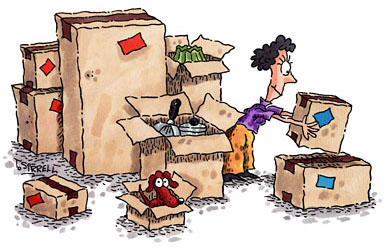 We packed books, paperwork, bits and pieces of everything, stationary, photos, ornaments and even kitchenware. With all this experience behind me, I would suggest Ikea for the basic items, or Craigs List maybe.... even ask around, there is always someone moving on .... maybe you can take over their sofa or their kitchen items etc.

And over the five years we seem to have collected even more items.... like cables. Yes, cables ... how come we seem to have so many? .... and yes, they get rolled up along with the rest of the electrical items and packed away too!

CD's.... five years ago they were important. Had so many data CD's for my research, but now far outdated and so into the bin they go!

Books ... five years ago we brought over at leave five cartons of books, all of them to read again .... yes, again, most of them we loved so much it was going to be hard to part with them, so we brought them over to 'read again'.... and did we? No, of course not, we got caught up with doing so many other things like exploring Singapore and SE Asia too. So our pre loved books have been given away.

Kitchenware ..... five years ago it was my belief that we would be entertaining like we have always done. People coming and going, dinner parties, BBQ's, friends for lunch .... but in Singapore? No, it rarely happens. For many reasons, one being the kitchens are far too small! We will usually meet elsewhere to 'catch up'. Be it one of the bars at Clarke Quay, a local eatery for hawker food, maybe one of the many restaurants in town for lunch, or the Kopitiam for a quick kopi .... and all those nice plates, silverware, cups etc?  All repacked without being used.

We both have computers and a lot of equipment sitting on the two desks in the study we share. We have back up servers, speakers, printer and scanner.... and there is even a fan sitting on the desk as the two computers 'back to back' create a lot of heat .... and we do not need any extra heat here in Singapore! 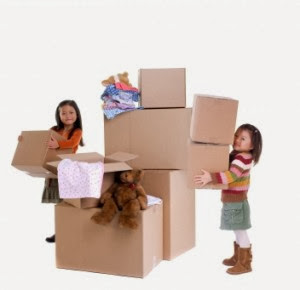 rethink what you are packing for the overseas.

we have so much extra 'stuff' and we don't even have children here, just one little dog!

Do think carefully when you are considering a move overseas and ask yourself, do you really need it. 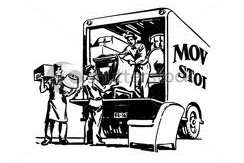 for those new to our blog: we relocated to Singapore from Melbourne, Australia on February 9 2007 and now repatriating back to Melbourne on February 24 2012......

Moving to SG definitely helped me a lot about packing light! I'm a pro at it now.

Good luck with your packing.

My sympathies to you regarding the packing - a ghastly job.

We have so much stuff to pack and are only moving a few floors! We had the majority of our stuff shipped when we came and whilst I like having it around now we are moving in SG the thought of our next relocation or move back to the UK is a little daunting! I definitely do not know how to pack light.

Good luck with all your packing!