Dawson City - a very unique place in The Yukon

Dawson City is a bustling little town with a surprising amount of services for tourists and locals alike.

The population was 1,327 at the 2006 census.[1] The area draws some 60,000 visitors each year. The locals generally refer to it simply as 'Dawson', but the tourist industry generally refers to it as 'Dawson City' (partly to differentiate it from Dawson Creek, British Columbia, which is at mile 0 of the Alaska Highway). 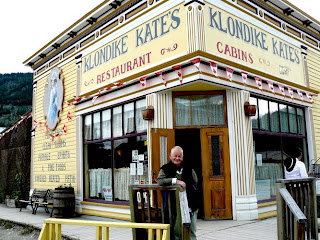 Next image is me at our hotel...... very typical Dawson City style. With hindsight, I really wished we had stayed at a Bed and Breakast, somewhere smaller than the hotel. Klondike Kates looked rather nice and others we spoke with recommended it too.

Anywhere other than the hotels that all the tourist coaches use. Especially the Holland line or Princess Tours, too many of them in these small towns!!! 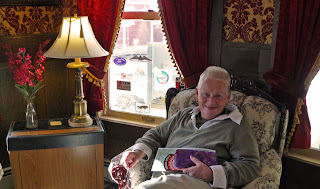 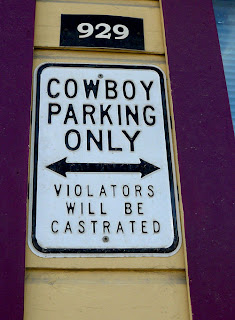 this is the Welcome Sign as you come into the area...... 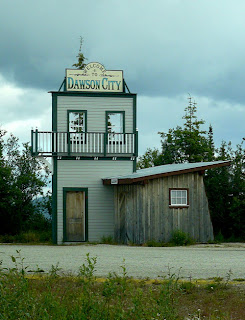 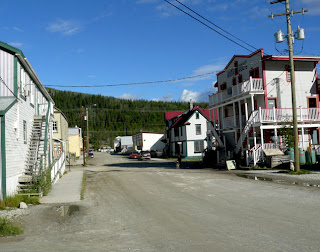 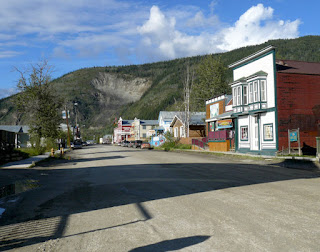 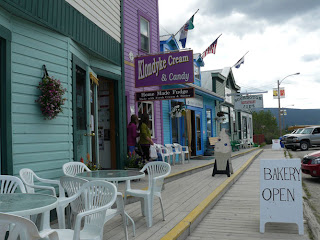 We were in Dawson City for three days / two nights.

There are many more photos of Dawson City on my flickr site:

after Dawson City, we go to WHITEHORSE arriving on Thursday July 10 2008.