continuing on our journey thru the Inside Passage of Alaska......We arrived into Sitka on the M/V Kennicott at 12.30pm on Tuesday July 15 2008.

the town - Sitka - is often referred to as "Sitka-by-the-Sea."

The City and Borough of Sitka is a unified city-borough located on the west side of Baranof Island in the Alexander Archipelago of the Pacific Ocean (part of the Alaska Panhandle), in the U.S. state of Alaska. With an estimated population of 8,986 in 2005, Sitka is the state's fourth-largest city by population in Alaska and the largest city in the United States by area.

The name Sitka (derived from Sheet’ká, a contraction of the Tlingit name Shee At'iká) means "People on the Outside of Shee," Sheet’-ká X'áat'l (often expressed simply as Shee) being the Tlingit name for Baranof Island.

The area was originally settled by the native Tlingit (Kolosh) Indians. Old Sitka was founded in 1799 by Alexandr Baranov, the governor of Russian America. Baranov arrived under the auspices of the Russian-American Company, a "semi-official" colonial trading company chartered by Tsar Paul I. In 1802 a group of Tlingit destroyed the original establishment known as Redoubt Saint Michael (an area today called the "Old Sitka") and massacred most of the Russian inhabitants. Baranov was forced to levy 10,000 rubles in ransom for the safe return of the surviving settlers. 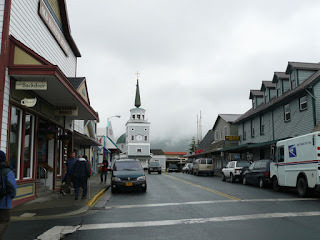 it really is a delightful little village as seen - in part - above.

after lunch we wandered down by the marina and took a few photos of Kayaks, boats etc... 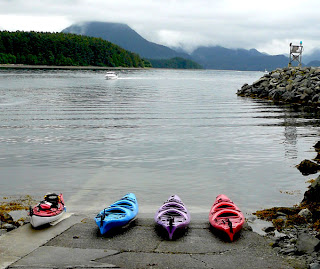 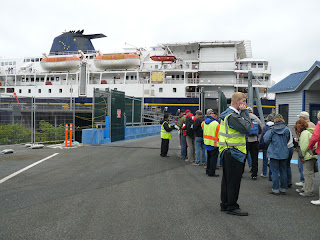 this sign is right where we embarked, there were quite a few dogs on board the ferry, no doubt some of the owners in the past have been a little irresponsible!! 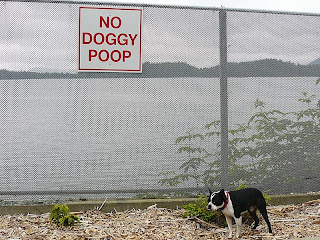 the rest of the images are all down by the water front and marina at Sitka..... 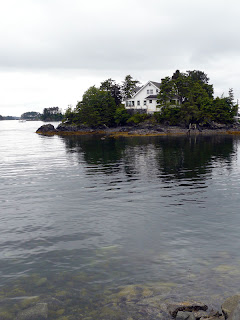 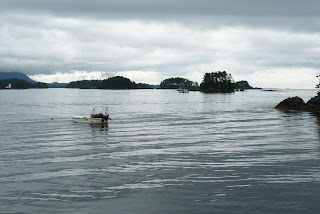 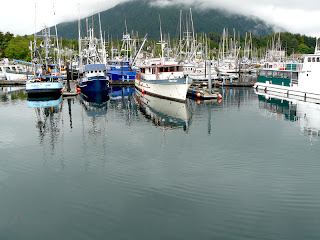 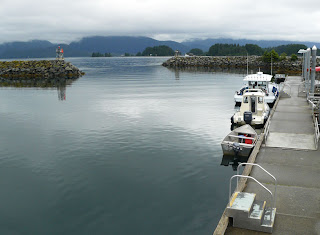 was a lovely place to visit, but you do need more than just 2 hours to explore the town!!!

Next posting: might put up a few more images of the town.....