a bit of a wander around the town.

No historian has been able up to now to pin-point the year Malacca was founded.

Going by the State government's celebration of the 600th anniversary of the founding in August 1990, it could be deduced that Malacca was founded in 1390.

Malacca was founded by a fleeing prince from Sumatra in 14th century, it developed into a major trading port for ships from India and China. As the Melaka Sultanate flourished, the Portuguese conquered Malacca in 1511. Later the Dutch took over in 1641 until much later the British empire ruled Malacca. The state finally obtained independence with the then "Malaya states" in 1957. Today, one will find many remnants of the glorious past dated back more than 500 years ago.

After the Portuguese captured Melaka, they built a fortress to defend themselves. The fortress, called A'Famosa suffered severe destruction during the Dutch invasion. What's left today is just the entrance walls, still well preserved till today.

it is a large town, much larger than we expected, and one must walk. It has many historical buildings to visit, there is shopping in Jonker Street, riding on a Rickshaw or perhaps a river cruise.......there is much to see and do you really do need more than just a few days.

These few images taken around Melaka in general will show you just a few things we did. 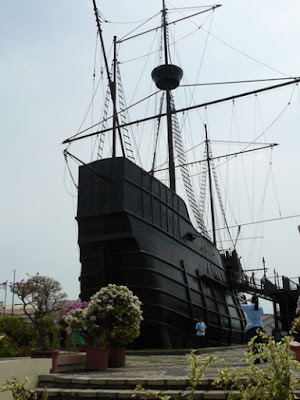 and we did stop for an ice cream down by the river..... 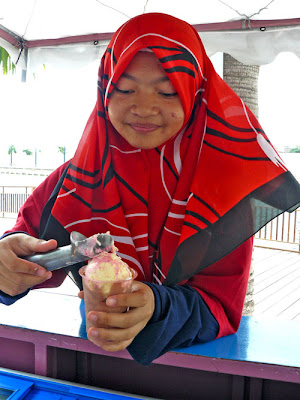 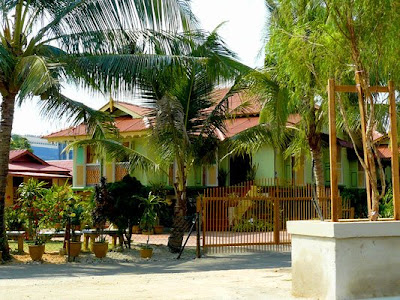 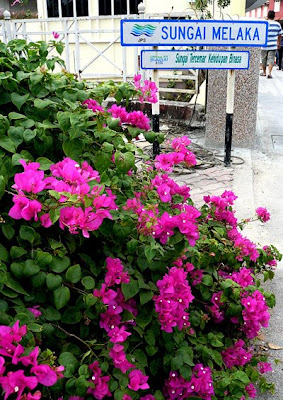 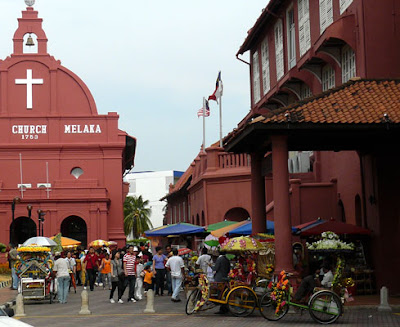 the next posting will show more images of around Melaka ....

I really hope you have planned or you have already been to the Nightmarket and the old chapels ruins on top of that hill in the middle of Malacca! very nice!