the colorful Rickshaws of Melaka 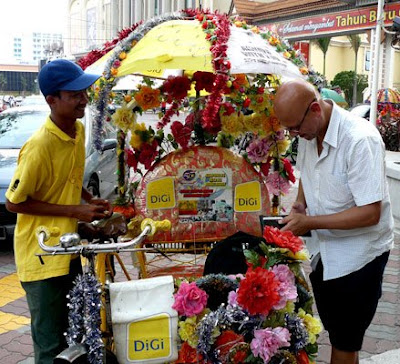 Well here we are with the very colorful Rickshaws of Melaka. The above image is of John paying the driver after our 'ride' back to the hotel... They really are quite amazing!!

and some info from Wikipedia has:

Rickshaws (or rickshas) are a mode of human-powered transport: a runner draws a two-wheeled cart which seats one or two persons. The word rickshaw came from Asia where they were mainly used as means of transportation for the social elite. However, in more recent times rickshaws have been outlawed in many countries in Asia due to numerous accidents.

Runner pulled rickshaws have mainly been replaced in Asia by bicycle rickshaws. They are also common in Western cities like New York City. In London they are known as pedicabs. The term "rickshaw" is today commonly used for those vehicles as well, but this article deals exclusively with runner-pulled rickshaws.

The images taken at night do not do them justice.... 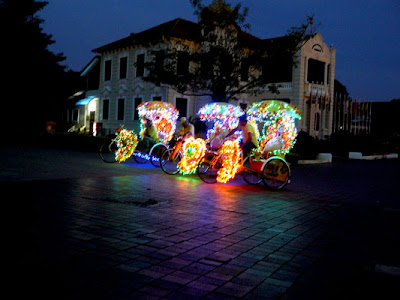 during the night time they have music blaring and are full of sparkling lights, during the day if they are taking a larger group you might also hear the music.... but usually it is the driver puffing and panting as he winds his way around all the tourists in the hot weather!! 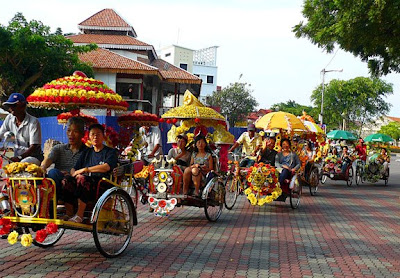 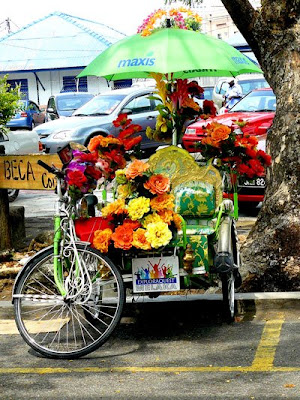 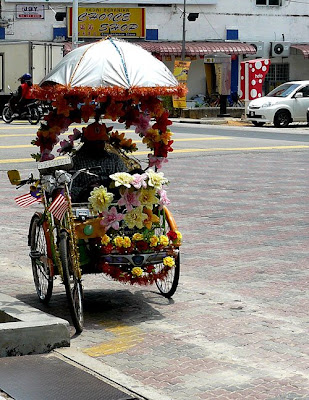 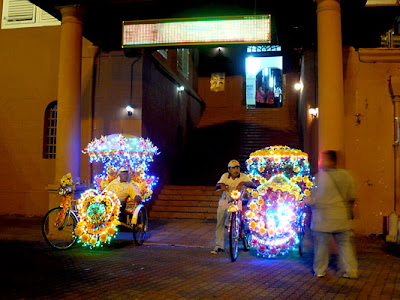 a great tourist attraction for Melaka !!

Ah yes, i remember those...they were all waiting at the main market place with the canon and the fountain, nice to look at

I keep forgetting to log into my Blog to check up on your latest adventures...good to see you are continuing to explore wonderful and interesting locales!

Hey Bob, great to 'see' you here, how are you both? and Jannie too of course.

Will have to go check your blog now, you know you can be a 'follower' on mine, see towards the top left column.

Yes still getting around..... but am giving Flickr a rest for a bit, might get back to it later. Just too much to do you know!!

Besides the vibrant nightlife of singapore. The Arts and Entertainment Singapore has to offer is quite a lot too. Since I moved her 5 years ago, I must say I am pretty happy with the development in this area. Singaporeans aren't that stiff afterall.