a few of the Marine Creatures we saw last Saturday....

The first part (or posting) on my blog of the Intertidal Walk is here:

This posting (July 14) is about the Marine Creatures that we saw.

Now the first one seen below is an Oscillated sea cucumber - I shudder each time I see this image!

10-12cm long. Body cylindrical and sausage-like, tapering at the ends. Mostly pale or white with irregular chocolate coloured blotches. It has an obvious underside which is paler with fewer chocolate markings. The tube feet seem small and stumpy and it doesn't seem to have many of them. It appears to have a small mouth with tiny feeding tentacles. 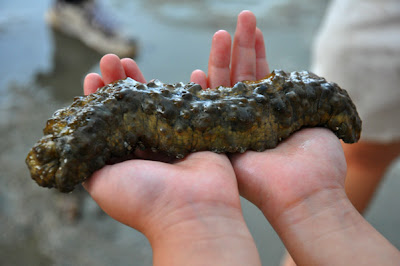 this next little fellow is a Hairy Crab..... I think he needs a good shampoo and hair brush!! 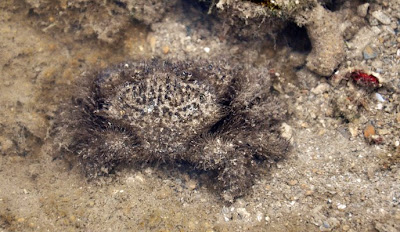 Below is a close up of the Knobbly Sea Star -

This huge and colourful sea star is sometimes seen on Chek Jawa and some of the undisturbed Northern and Southern Shores around Singapore. Adults are usually seen in coral rubble areas, alone or widely spaced apart. Juveniles are commonly seen on Cyrene Reef among sea grasses. These spectacular animals are the highlight of a shore trip! 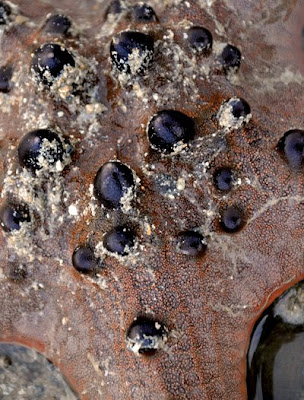 and here they are full size.....and the next image as he burrows into the sand... 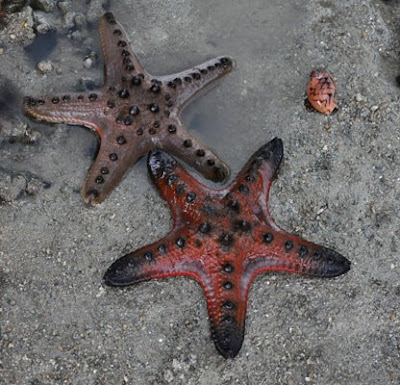 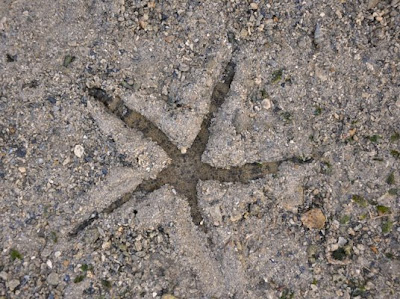 one of the girls managed to hold him/her up so we could have a better view! 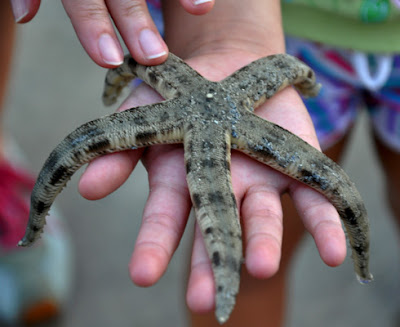 This next little critter is amazing - it is a "same gender " Marine Flatworm.


Marine flatworms are hermaphrodites, that is, each flatworm has both male and female reproductive organs. When two flatworms meet, they exchange sperm. Some species simply insert their needle-like penis anywhere in the body of the partner.

This is not surprisingly called 'hypodermic impregnation'! In yet other species, each flatworm tries to impregnate the other without itself being impregnated, as it involves more energy to produce eggs. This results in a sort of 'penis-fencing' when the two flatworms meet!

Eggs are laid in gelatinous strings or masses. Some flatworms only lay a few eggs. Most flatworms do not have a free-swimming larval stage. Instead, miniature flatworms develop within the protective egg capsule. 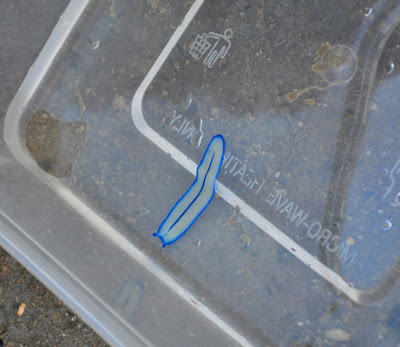 The Sea Anemone - very poisonous - do not touch!! 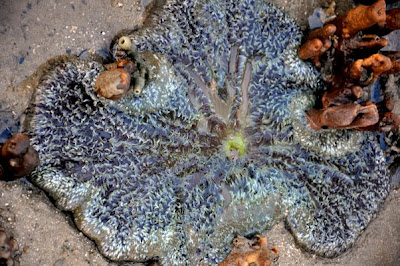 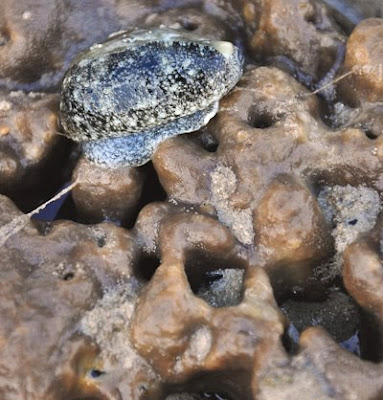 There are a variety of distinct coastal marine habitats around Singapore, all of them inhabited by fish. These are discussed here as individual entities such as coral reef, rocky shore, mangrove and mudflats, although they often merge into one another, or one may even occur within the other. Some fish species have specific habitat preferences. For instance, the clown fishes are found only in coral reefs while some gobies are restricted to mangrove pools. However, many species, such as the mojarras, occur over a wide variety of habitats.

It should also be noted that many local ecosystems have been created by man. Examples include granite breakwaters, reclaimed beaches and concretised canals. Generally the biodiversity in such artificial environments tends to be poorer, but many species are still to be found.
Coral reefs support a complex ecosystem of a high diversity of marine organisms. Reef-building corals require conditions like those found in the Singapore Straits in order to thrive. Therefore coral reefs are usually found fringing islands (e.g., St. John's, Kusu, Hantu, Sudong, Pawai, Senang, Seringat and Semakau) or in isolated patches (e.g., Terumbu)

So much more to Pulau Semakau than what I have written in the previous two postings .....