We thoroughly enjoyed the time we spent in Barcelona, the temperature was a cool 15 degree's (cel) but we managed to keep warm by walking and stopping for a large plate of Paella and a glass or two of red for lunch.
There is a shuttle bus from the ship to Plaza Carbon and the cost was 8 Euro for each adult. (children 5 Euro). But once at the Plaza it is an easy walk to La Rambla and elsewhere.
There is much to see just walking around with the very entertaining street artists and of course all the beautiful balconies as well. The spring sun was shining through the tree's and it was just delightful to experience this part of the world that so many people love. 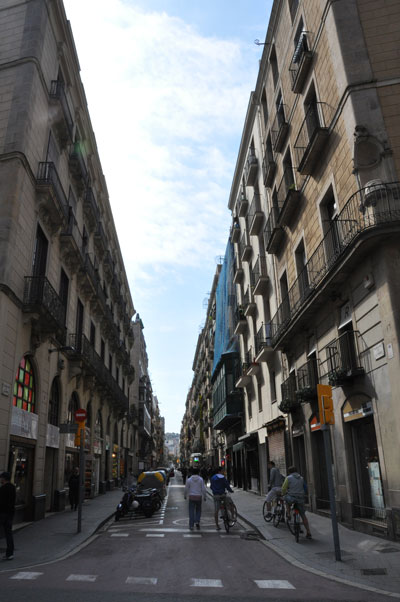 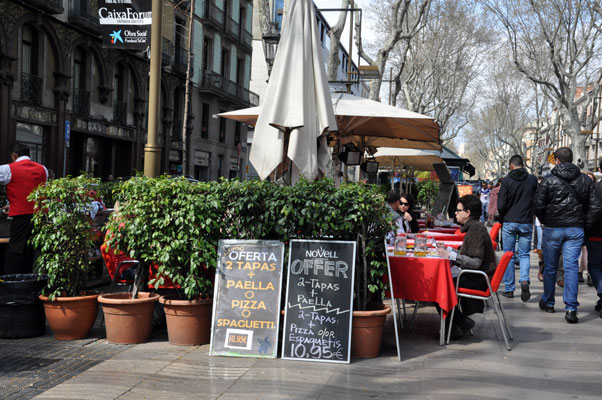 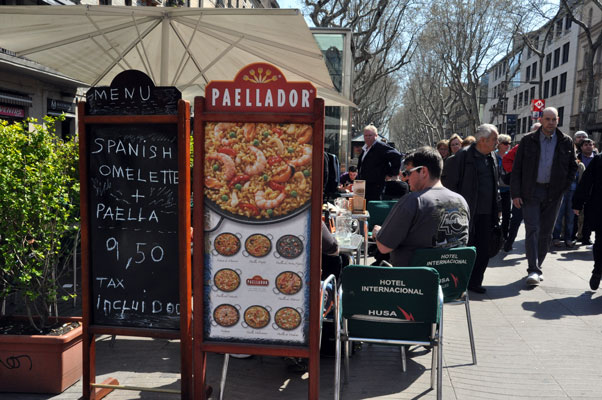 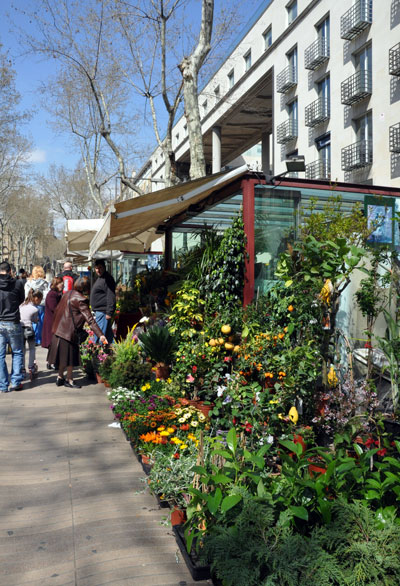 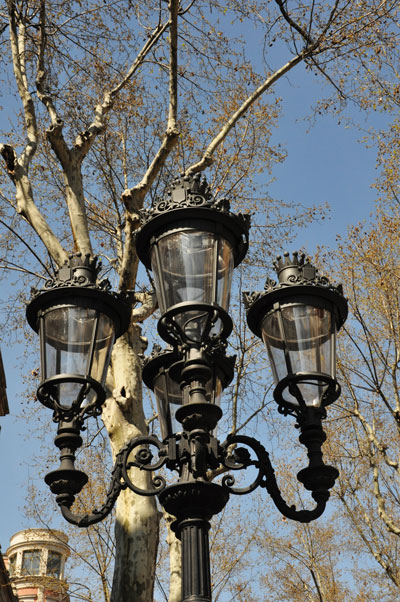 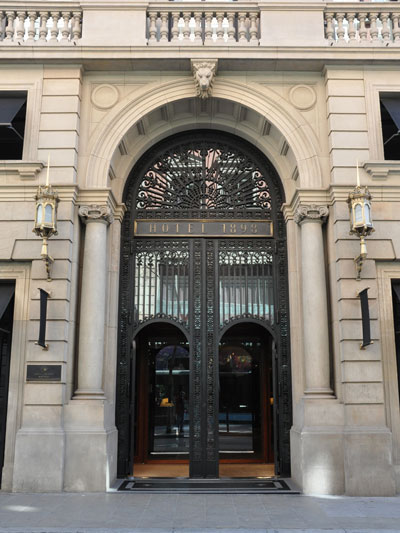 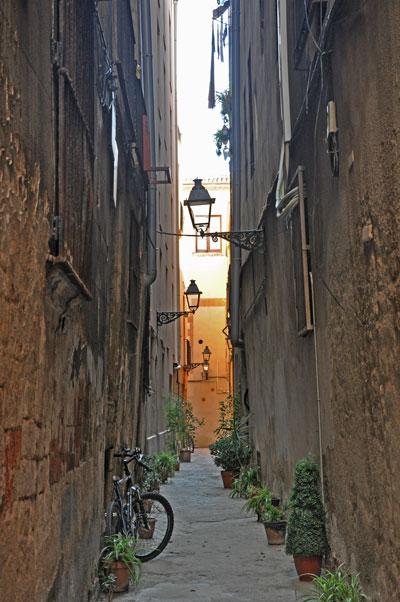 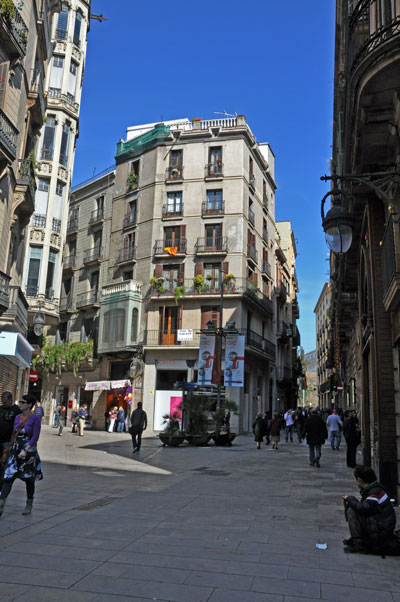 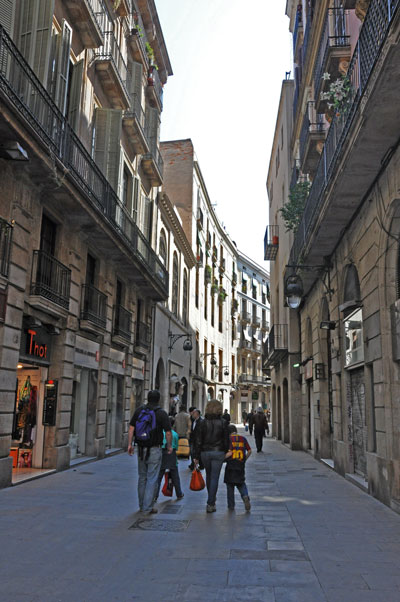 La Rambla is littered with 24 hour newspaper kiosks selling national and international press, magazines and books. Don't ask them for stamps, though – you have to go to the tobacconists (Tabac) for those. Halfway up La Rambla on the left, you'll find the Plaça Reial (Royal Square), with pavement cafés and bars, restaurants, clubs and discos, and a fountain in the middle.
On the opposite side is the Liceu Opera HouseLa Boqueria market – the most famous food market in the city, with absolutely everything you can eat on offer – if you can't find it in La Boqueria, it doesn't exist! Continue on your way, passing the Palau de la Virreina – always has an interesting exhibition –  and on the right until you reach Plaça Catalunya – the city's main and square, flanked by two fountains “Les Fonts de Canaletes”. Legend has it that if you drink from the fountains, one day you'll return to Barcelona. Here you'll also find one of the city's main Tourist Information offices and the tourist bus.
But a visit to the old Gothic area is definite must. 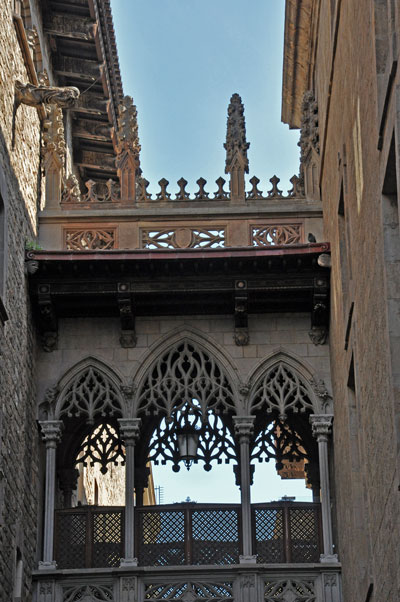 Gothic Quarter (Barrio Gotico) - Is one of the oldest and most interesting areas in Barcelona located in the heart of the old city of Barcelona. It stretches from La Rambla to Via Laietana, and from the Mediterranean seafront to Ronda de Sant Pere. Despite several changes undergone in the 19th and early 20th century, many of the buildings date from Medieval times, some from as far back as the Roman settlement of Barcelona. 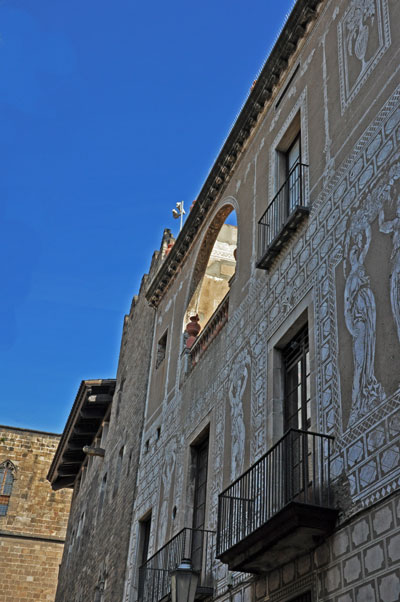 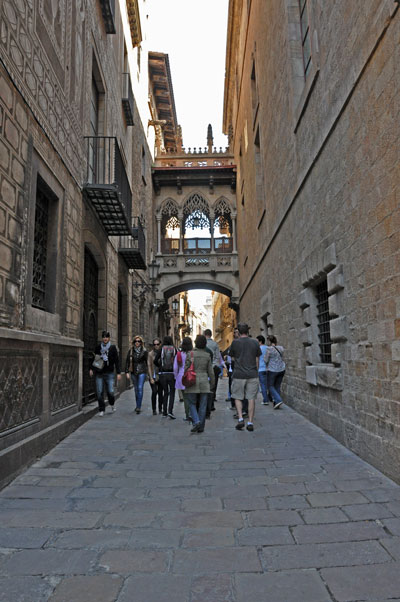 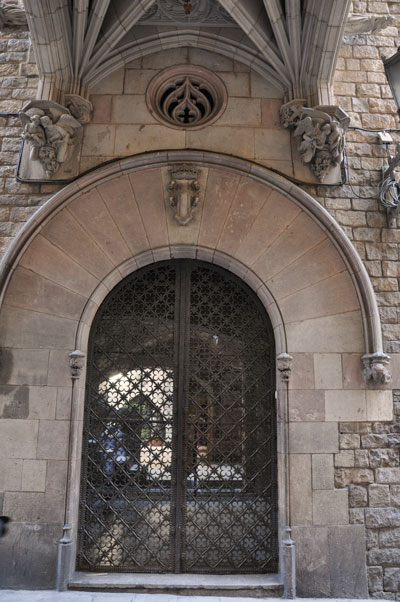 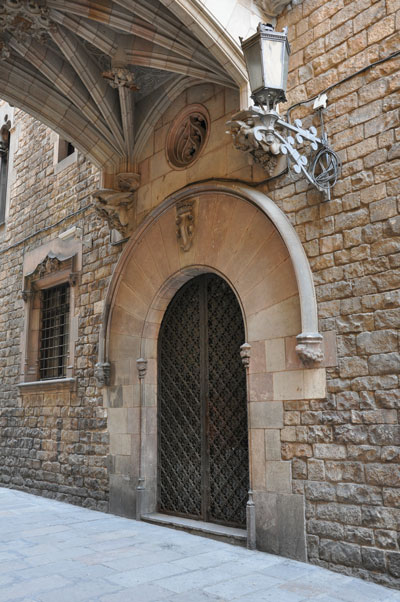 Remains of the squared Roman Wall can be seen around Tapineria and Sots-Tinent Navarro to the north, Avinguda de la Catedral and Placa Nova to the west and Carrer de la Palla to the south. El Call, the medieval Jewish quarter, is located within this area too. The Gothic Quarter retains a labyrinthine street plan, with many small streets opening out into squares. Most of the quarter is closed to regular traffic although open to service vehicles and taxis. In this area you have a lot to see and to visit. 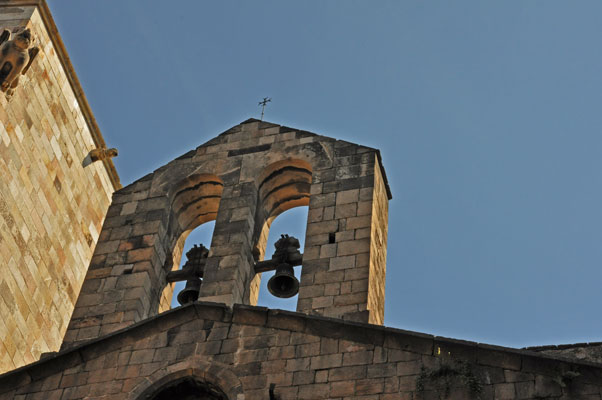 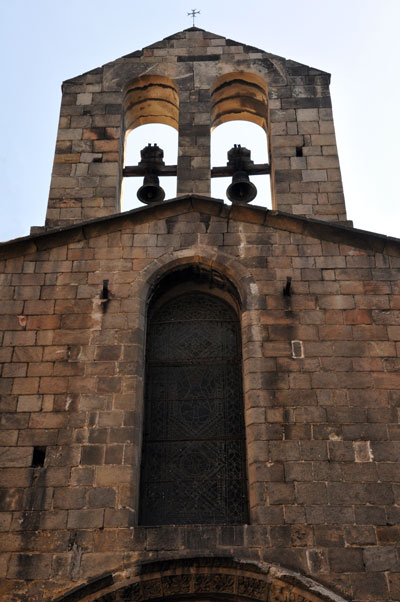 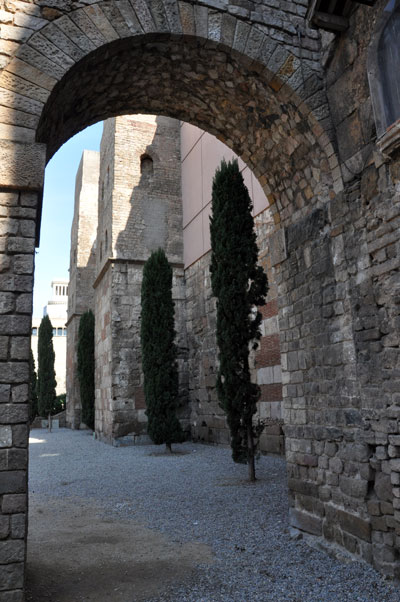 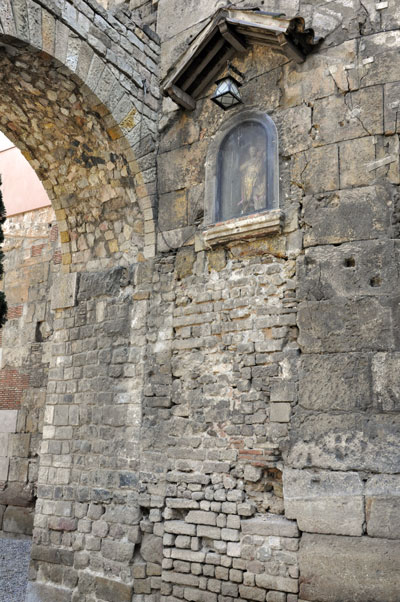 stay tuned for our visit to Casablanca
and in the meantime click on the following URL's
as they are what I have blogged
- so far -
on our trip.
*   *   *
now stay tuned for Casablanca!!