The Erawan Shrine in Bangkok 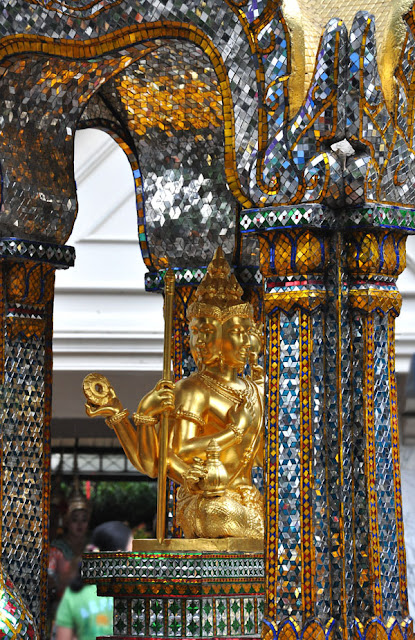 On one of the days we were in Bangkok last week I visited the The Erawan Shrine which is a Hindu shrine in Bangkok, Thailand that houses a statue of Phra Phrom, the Thai representation of the Hindu creation god Brahma. 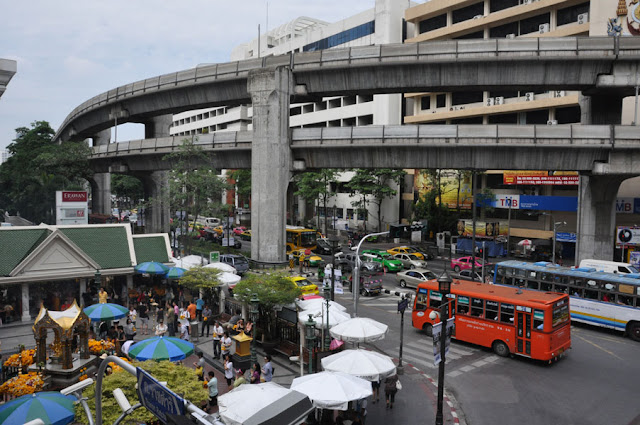 Erawan Shrine enjoys a central location, as seen above as it is at the point of intersection of Ratchadamri Road and Ratchaprasong Road in Pathum Wan district of Bangkok.

The Shrine is one of the most popular Bangkok Shrines. It’s located in the middle of modern city. Hundreds of people visit the Erawan Shrine daily, wishing for luck in business or love. They make small offerings such as food and drinks, all kinds of flowers and wooden elephants as well. Thai people offer their respect when passing the shrines. Even when taking the above photo from the overhead walkway, a man standing beside me was offering his prayers. 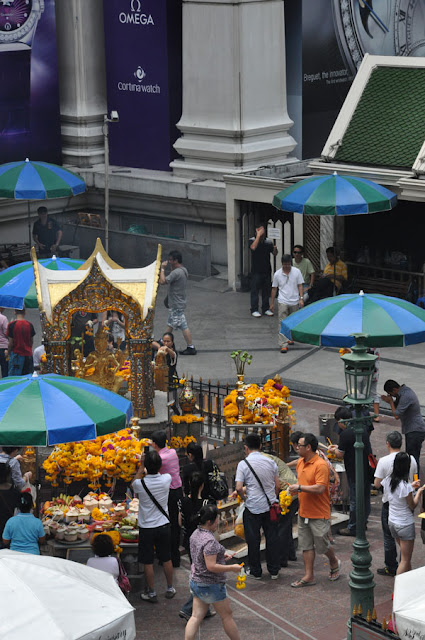 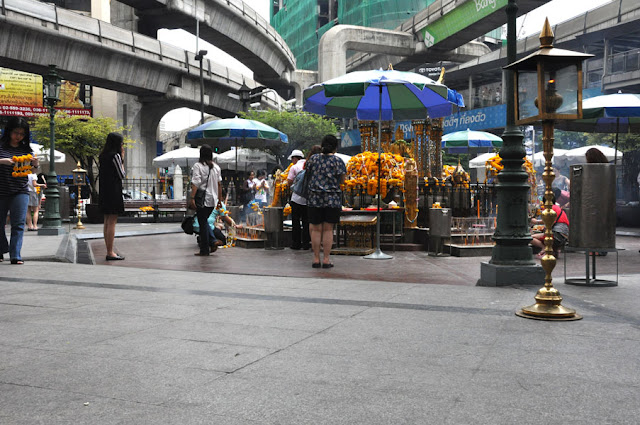 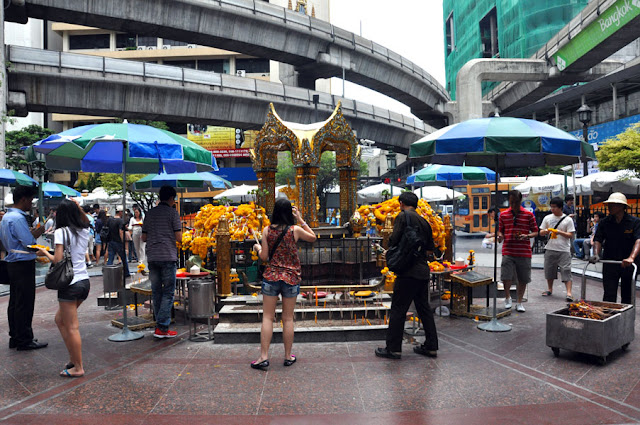 The Erawan Shrine was built in 1956 as part of the government-owned Erawan Hotel to eliminate the bad karma believed caused by laying the foundations on the wrong date.

The hotel's construction was delayed by a series of mishaps, including cost overruns, injuries to laborers, and the loss of a shipload of Italian marble intended for the building. Furthermore, the Ratchaprasong Intersection had once been used to put criminals on public display.

An astrologer advised building the shrine to counter the negative influences. The Brahma statue was designed and built by the Department of Fine Arts and enshrined on 9 November 1956. The hotel's construction thereafter proceeded without further incident. In 1987, the hotel was demolished and the site used for the Grand Hyatt Erawan Hotel. 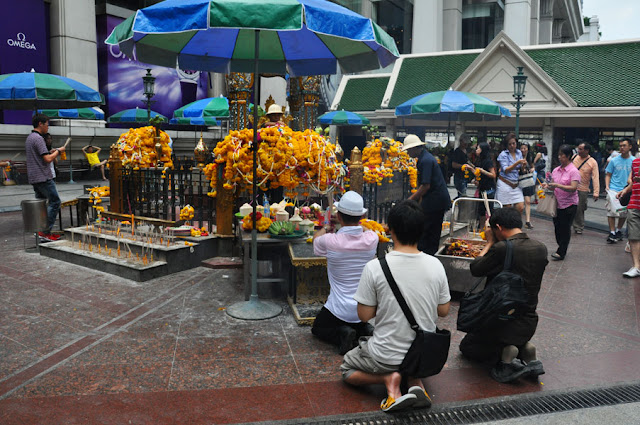 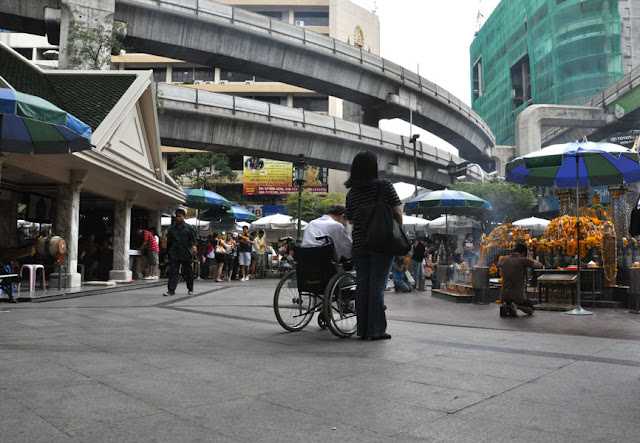 I sat and watched the worshippers from the bench along the side area, well away from most people as I feel this is a private and personal time for them all. I was surprised at how many people came by, young and old,  to offer their prayers at the time I was there which was around 1.00pm. My camera was on my lap at all times and every now and then I would just click for a photo ... trying hard to be 'invisable'.

I had asked one of the guards if it was appropriate to take photos, to which he said that it wasn't a problem at all... but I still think we need to respect people attending these Shrines and Temples. But I was mortified to see (and hear) two western couples (I dare not say where from, though it was obvious when they opened their mouths!) actually walk in between the worshippers, walk across the prayer area, in front of people kneeling in prayer and not only that ... actually walk up to them and start taking photos of their faces!!

I was appalled at this behaviour and wonder do they not have any respect for others at all? I even wondered at their reaction if they were in a Christian Church on a Sunday and someone walked in and started taking photographs of them?

I just wish people would learn a little of the culture in the country in which they are to travel and have respect for others at all times. 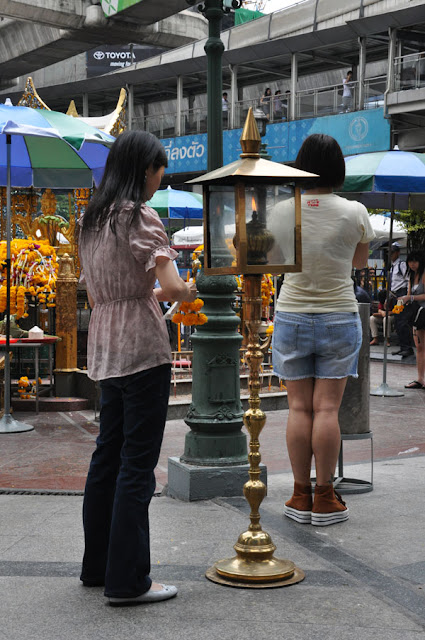 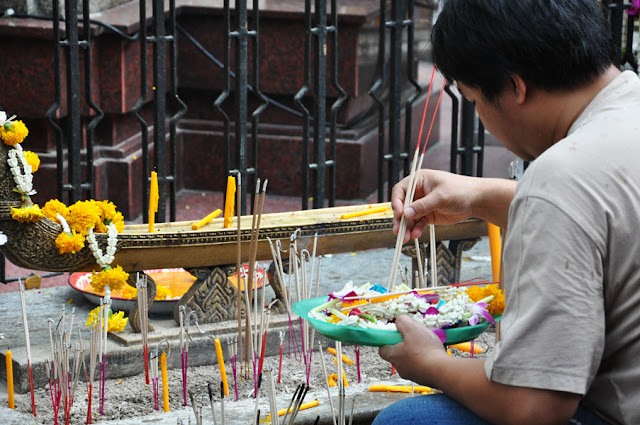 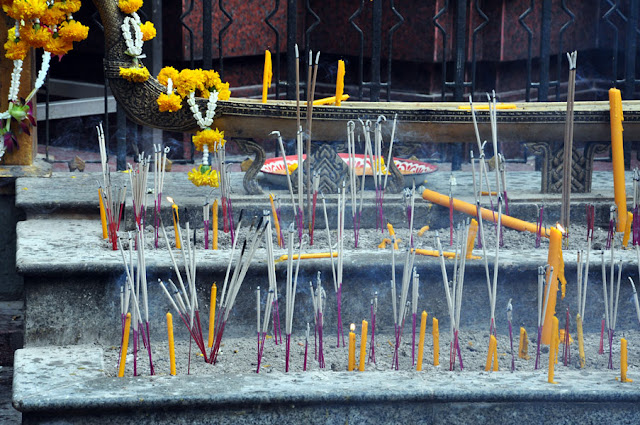 Worshipers placed burning incense sticks in sand trays and prostrated three times before Brahma. Others placed flowers, food, and a variety of mementos on the altar, hoping to win favor from the gods. 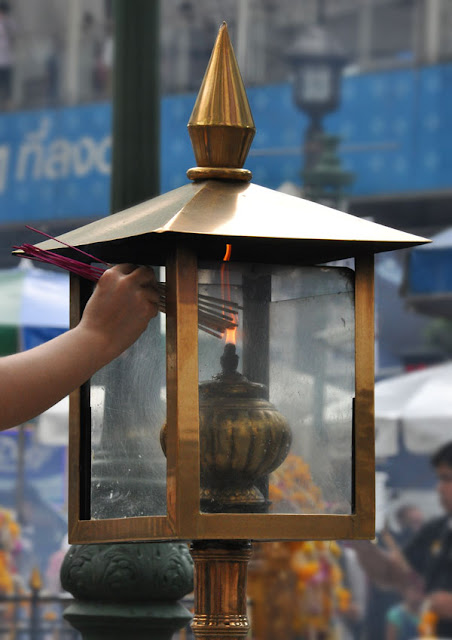 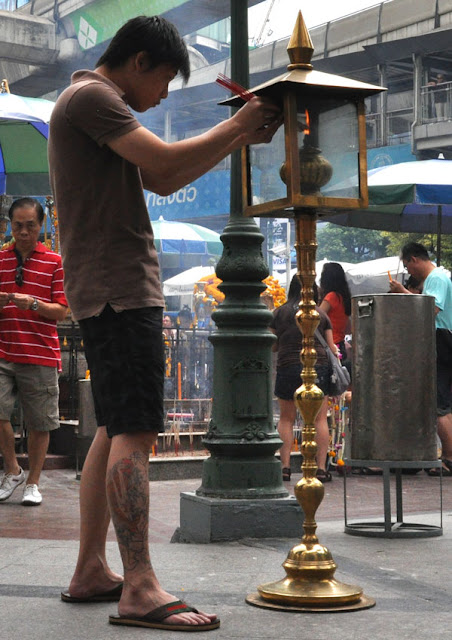 Worshippers whose prayers have been answered returned here to hire dancers ( from 2 to maximum 8) to perform for the Buddha. Price depends on the number of dancers. 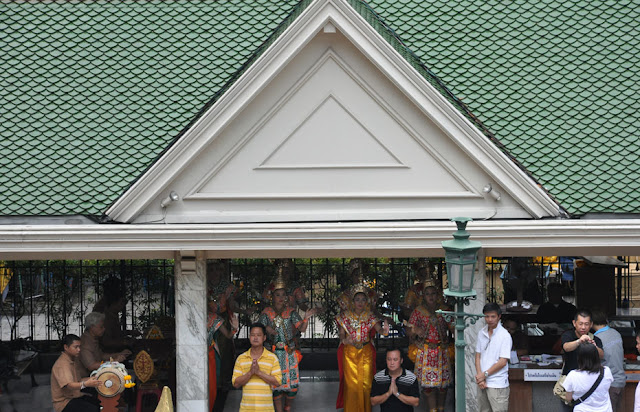 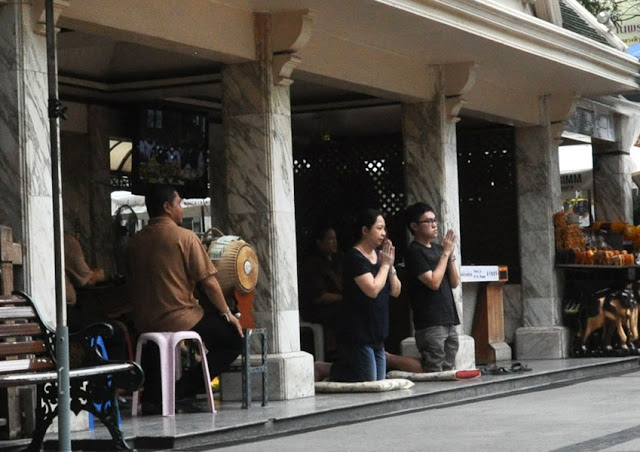 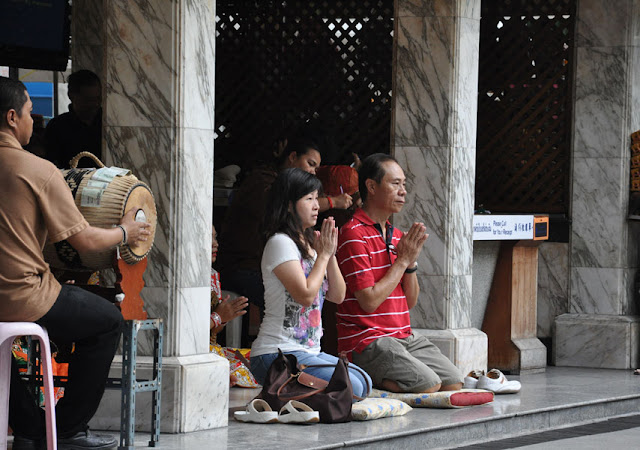 But even if you do not believe in these things, it is worth a visit to learn more about the Thais' distinctive culture and traditions and a good opportunity to sit, observe and to appreciate the work that has also gone into the flowers that are offered! 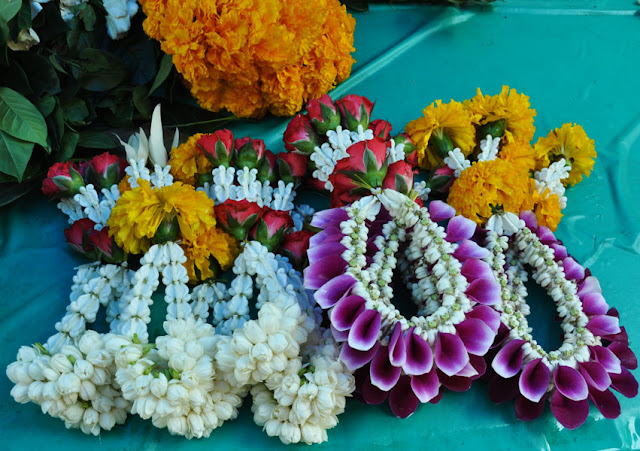 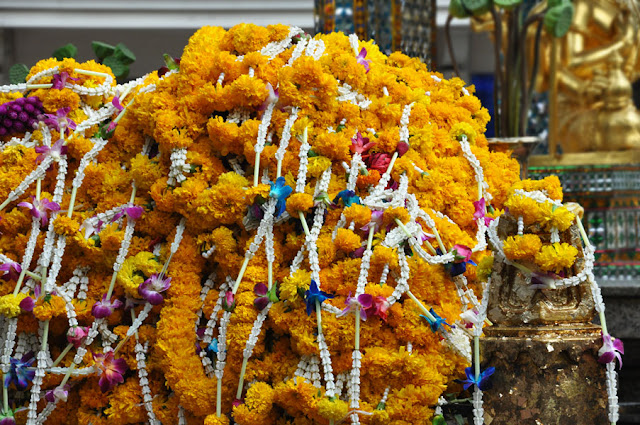 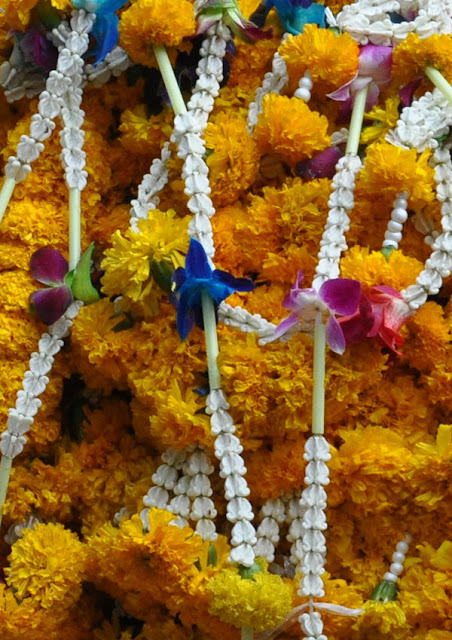 this is the last blog post of this series.

other things we did while in Bangkok were:
High Tea with friends

we did a boat trip on the river

learned a little about the man himself

our flight on Tiger