ice for the people of Kota Kinabalu

On our recent trip to Kota Kinabalu (Sabah, Borneo, Malaysia) we were facinated by the amount of ice that is produced localy, not only for the fishing trade but for distribution to the islands close by. Much of it for the resorts and some perhaps even destined for the  stilt villages of Pulau Gaya which can be seen facing Kota Kinabalu. These villages house many Filipino illegal immigrants, making that part of the island a high-crime area. But will blog more about these villages later.
Aerial images are seen here of the villages and the small red X on the waterfront of Kota Kinabalu is the hotel (Le Meridien) where we stayed: 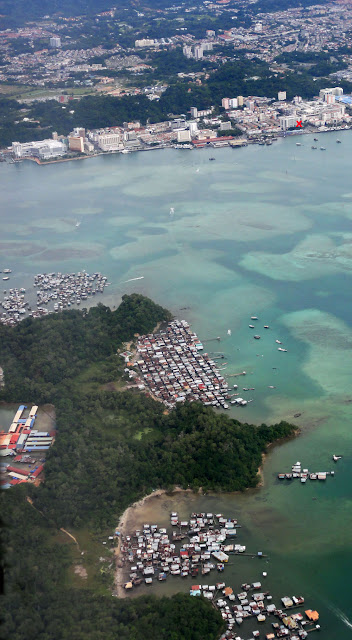 the above image I took from our AirAsia flight as we departed Kota Kinabalu on Sunday (Sept 18) and the following image is from Google Maps and these villages can be seen quite clearly around the island of Pulau Gaya ....... 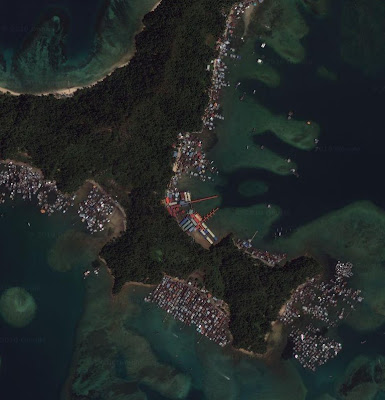 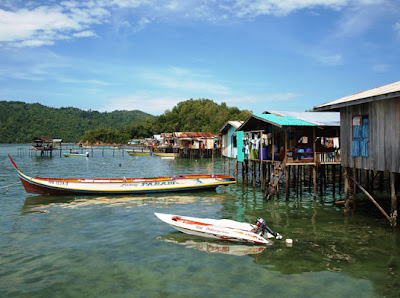 But back to the ice ......
At one point we watched large blocks of ice being moved along to a crushing machine, then in turn being bagged for use for the fishing trawlers. 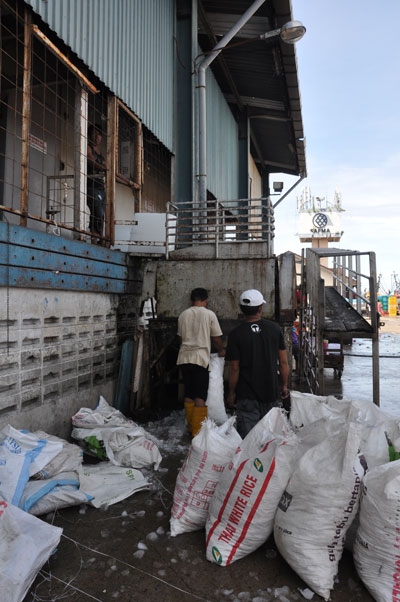 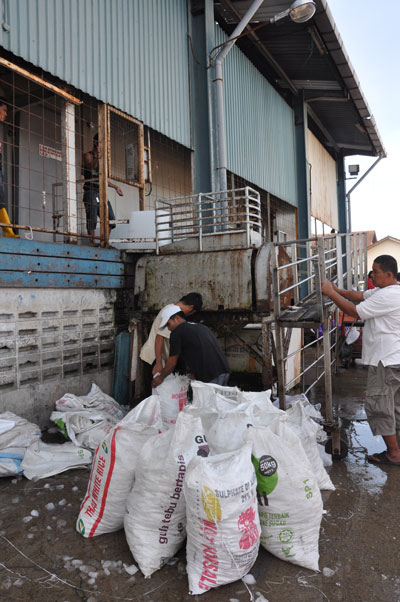 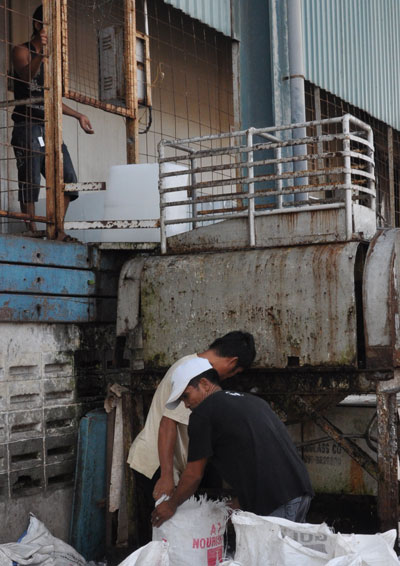 As we continued our walk along the waterfront we watched bagged ice blocks being loaded onto one of the boats to be taken across to a near by island ..... later in the day we saw the same boat in a different area of the waterfront loading up with more ice! 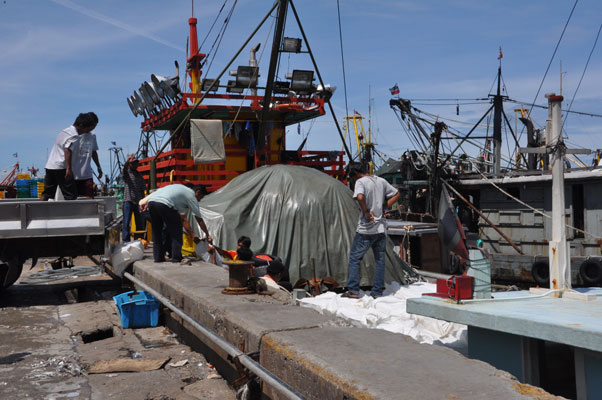 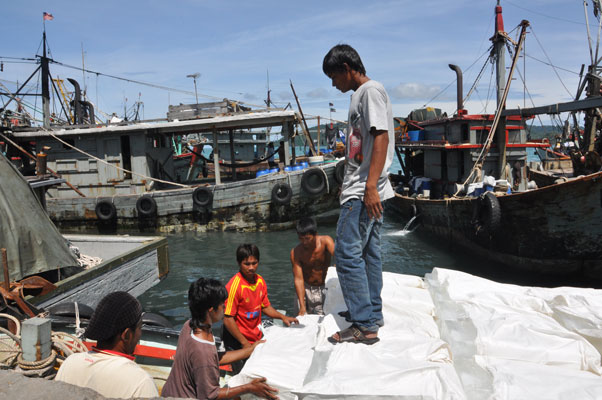 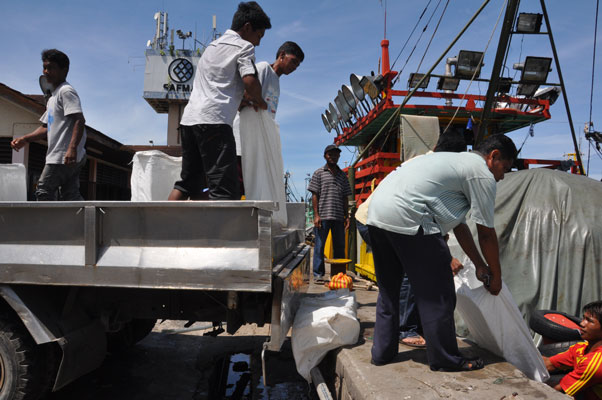 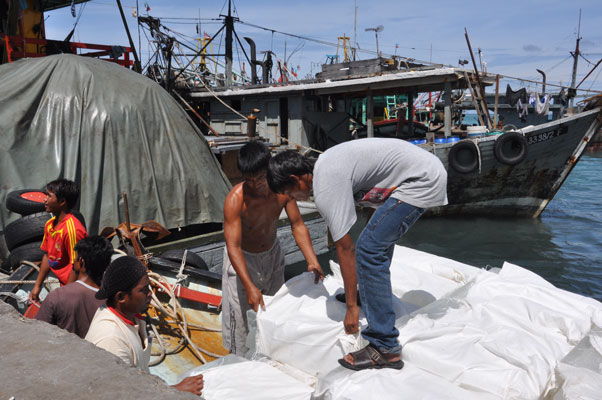 these guys were working extremely hard loading the large blocks of ice, am only assuming, but these blocks probably weighed about 25kg. 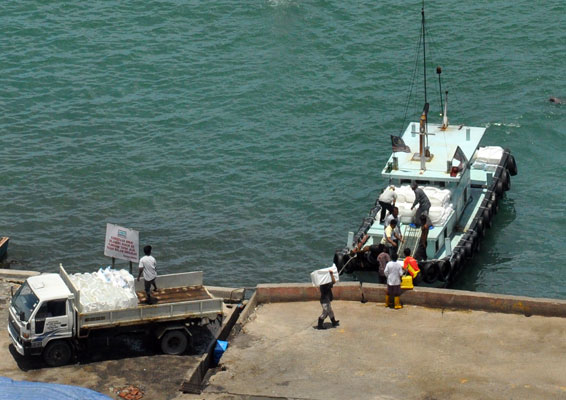 a little bit about the manufacture of ice for cooling the fish can be found HERE.
previous blog posts on Kota Kinabalu: