Located 5km south of Kota Kinabalu, Tanjung Aru Beach is particularly popular at weekends. It is a place where people relax with family and friends, as well as enjoy the cooler breezes off the ocean. 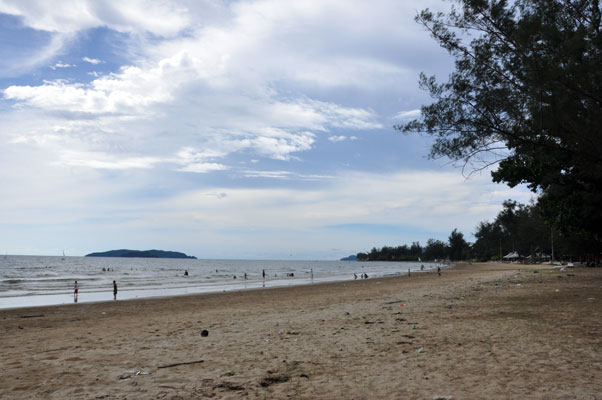 Tanjung Aru is a sub-district of Kota Kinabalu of Sabah, in Malaysia. Its main feature is its beach called Tanjung Aru Beach which stretches to over 2 kilometres long. It also has its own township called Pekan Tanjung Aru. Other notable feature here is the Royal Sabah Turf Club, La Salle Secondary School, Terminal 2 of Kota Kinabalu International Airport, and the Tanjung Aru railway station for Sabah State Railway. 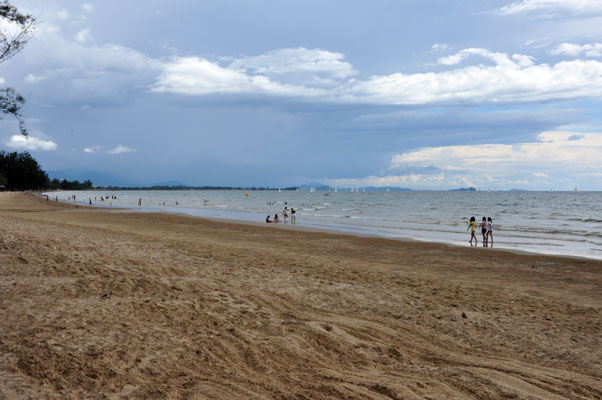 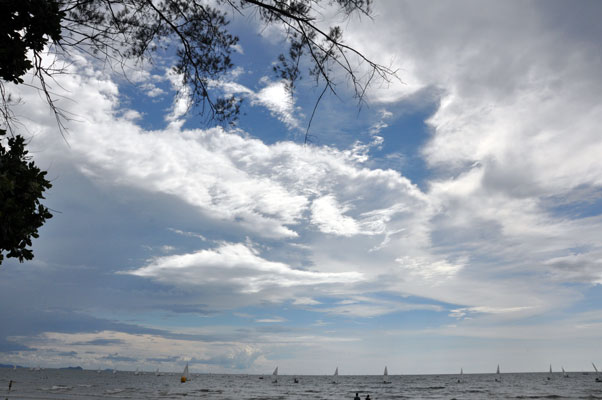 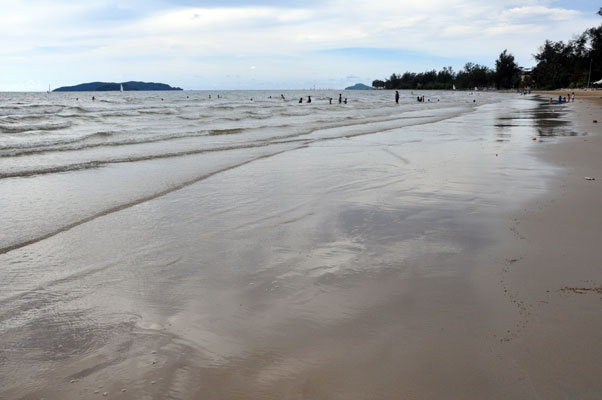 While there we heard that this used to be a beach that local people frequently visited, especially to watch the sunset. This is no longer the case as it is falling into disrepair with lights and buildings being constantly damaged. People now fear being mugged or robbed and keep well away.  In the short time we were there we noticed that there appeared to be some effort into cleaning the sand area .... lets hope they keep this up and it reverts back to its former glory. I would not like to see such a beautiful beach fall into a state of disrepair and where tourists or local people fear to go.

my previous blog posts on Kota Kinabalu are here:

Marvelous pictures!! + A super great picture of you... you blend right in the local scenery!! B x :^)