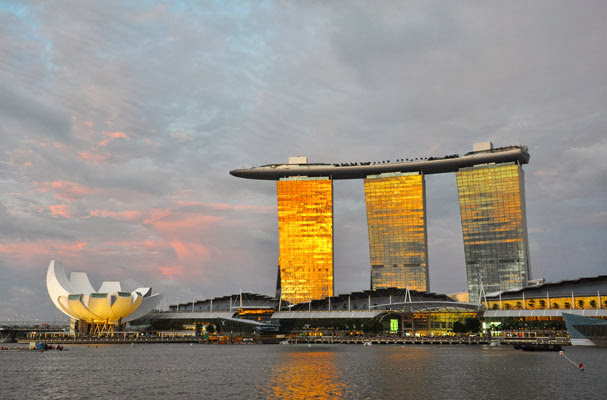 We were so lucky to be invited to view the Marina Bay Sands last Friday .... as I have said in the previous post, we have watched this baby grow since February 2007.

Never did I think I would have the opportunity to get to see it like we did last week and to top it off we got to see the SkyPark and the Observation Deck!

We all know that the best (the very best) views are from the SkyPark, but stop just for one moment .... what about the views OF the Skypark and Observation Deck? 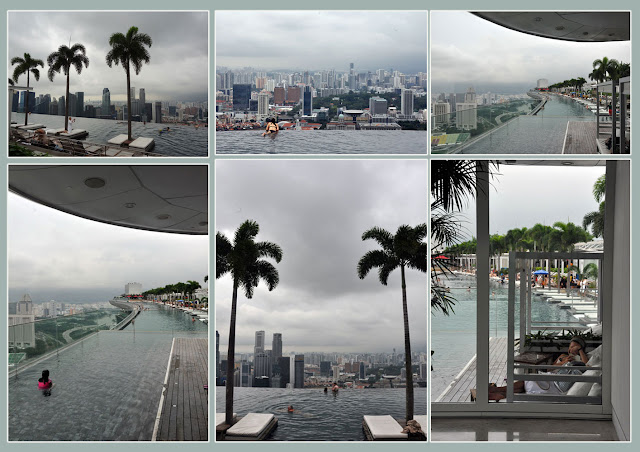 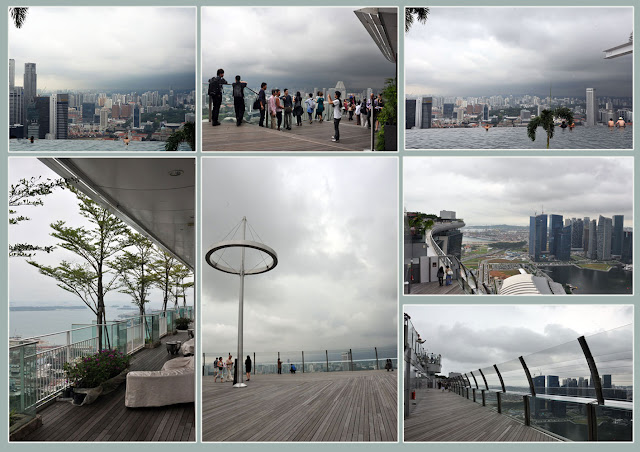 even though we did not have the blue sky due to the approaching storm, it did not stop us from having the best views of the Marina Bay Sands SkyPark and Observation Deck!

According to the "Fact Sheet" issued by Marina Bay Sands Singapore, the Sands Skypark is an architectural masterpiece sitting on top of the three hotel towers at Marina Bay Sands. This 1.2 hectare tropical oasis is longer than the Eiffel Tower is tall and large enough to park four and a half A380 jumbo jets and it extends to form one of the world's largest public cantilevers. Yes, that means it is really BIG! 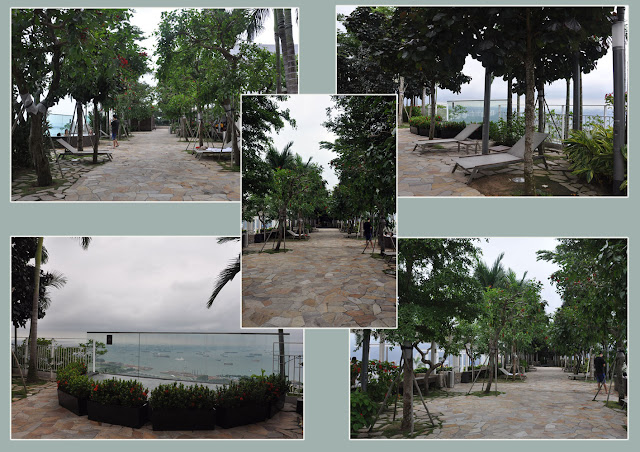 the above images of the SkyPark shows just a few of the 250 trees and 650 plants that are there!
The Sands SkyPark:
Please note that there are some items (including tripods for cameras) that cannot be taken up to the SkyPark and it is for every ones safety and well being that you read THIS LINK about the conditions of entry prior to your visit.

Smoking at the SkyPark is strictly prohibited.

We would like to thank Marina Bay Sands for the opportunity to view this "architectural masterpiece" and also thank both Philicia Tan and Bhavna Moolani for taking the time to show us around and explain the 'workings' of the hotel in greater detail.