One of the most recognizable sights in the western part of Berlin today is the spire of the Kaiser-Wilhelm Gedächniskirche (Memorial Church).

The church was severely damaged during the many bombing attacks on the city.The ruins of the spire and transept were left as a memorial to the victims of World War II.

Its "hollow tooth" was the symbol of the way West Berlin rose up from ruins after the war, but before its destruction the church was the symbol and landmark of the sophisticated and pleasure-seeking "new west". The "Gedächtniskirche" (the abbreviated name by which it is generally known) was built from 1891-95 to commemorate the first German emperor, William I on the initiative of his grandson William II. 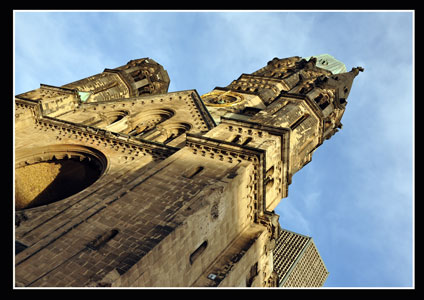 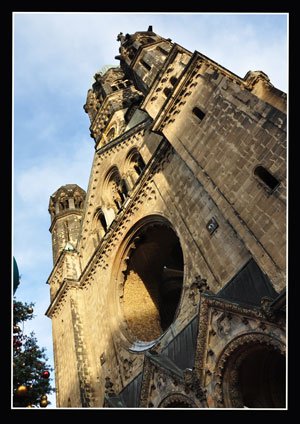 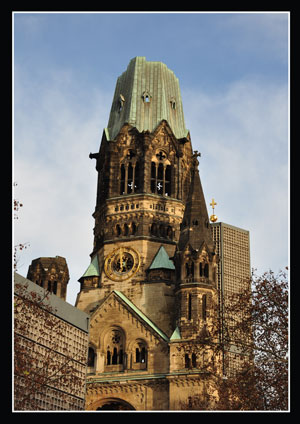 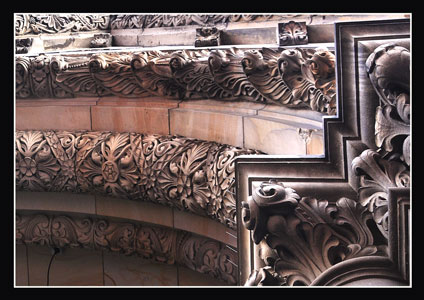 the above image is looking up at the carvings in the entry hall. 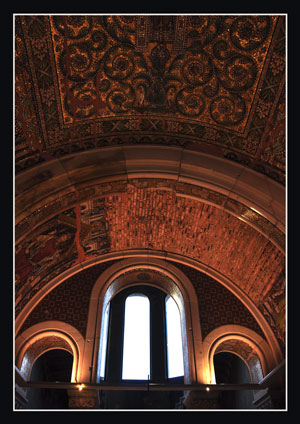 inside the The Gedächniskirche (Memorial Church) 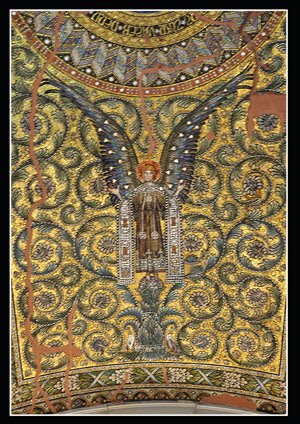 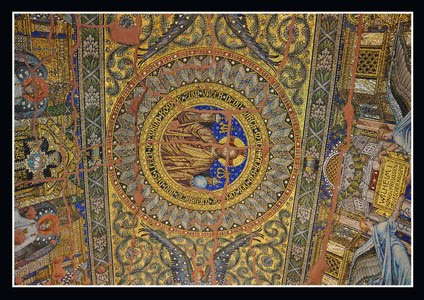 the above two images are of the ceiling

the image below is of the side wall. 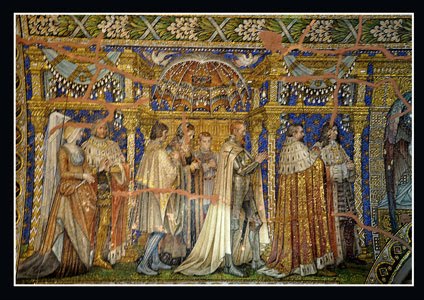 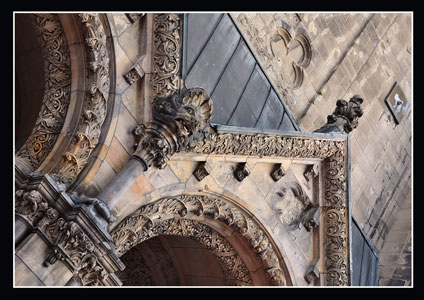 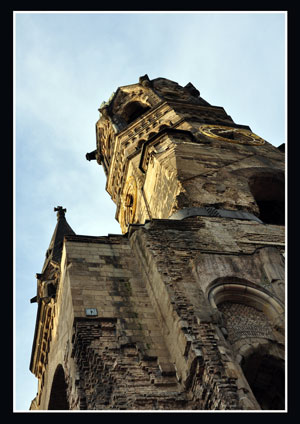 Berlin is really a magnificent city, with amazing buildings and architecture.

To see the blog posting on the buildings of Potsdam, click HERE