John and I have both enjoyed the Gluhwein on our way back to the hotel in the afternoons!!!

info on Gluhwein from Wikipedia:

Mulled wine, variations of which are popular around the world, is wine, usually red, combined with spices and typically served warm. Historically, wine often went bad. By adding spices and honey, it could be made drinkable again. Nowadays, it is a traditional drink during winter, especially around Christmas.
Glögg is the Nordic form of mulled wine, similar to Glühwein in German-speaking countries and the region of Alsace in France. Glühwein is usually prepared from red wine, heated and spiced with cinnamon sticks, vanilla pods, cloves, citrus and sugar. Almonds and raisins are often added to the Scandinavian version, though not to the German. Fruit wines such as blueberry wine and cherry wine are sometimes used instead of grape wine in Germany. The oldest Glühwein tankard is documented in the high noble German and first Riesling grower of the world, Count John IV. of Katzenelnbogen around 1420. This gold-plated lockable silver tankard imitating the traditional wine woven wooden can is called Welcome. 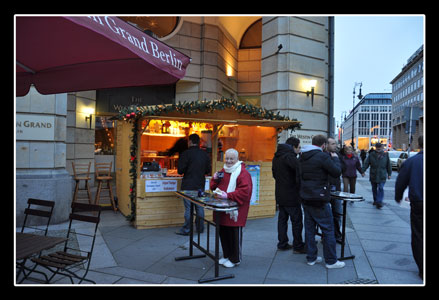 The above Gluhwein Stand is outside our hotel.... what a perfect place for us to grab a warm drink before heading into the hotel!! 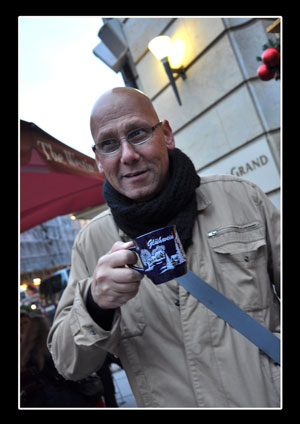 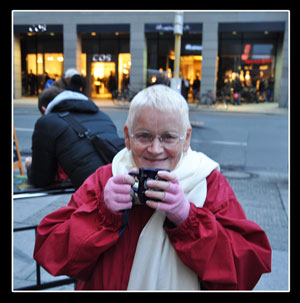 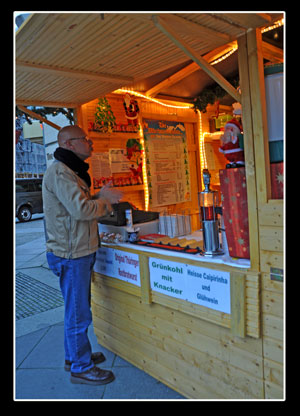 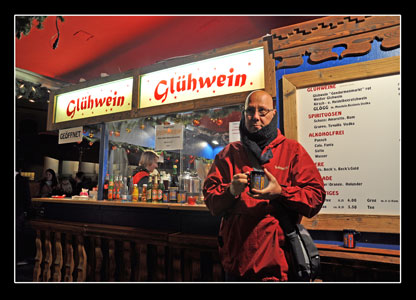 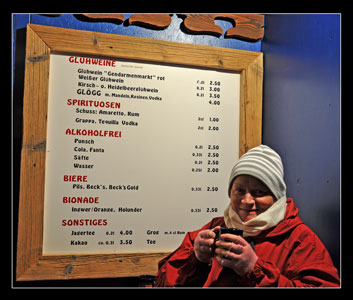 Ok, I just have to say - John's head looks very cold - can you give him a cap please? roflmao... You both look wonderful - and I hope that wine keeps you from freezing. It looks shivering timbers cold there. Send snow...