traveling to the Boh Tea Plantation

While staying in the Cameron Highlands we visited the Boh Tea Plantation. We hired a driver and car for a few hours and he took us to see some of the most magnificent scenery. Rolling hills of tea as far as the eye could see. The rich green colour was incredible .... as seen in some of the following images.
BOH Plantations Sdn Bhd is the leading tea grower in Malaysia with four tea gardens – Boh, Sungei Palas and Fairlie situated in Cameron Highlands; and Bukit Cheeding in Selangor – constituting a total land area of 1200 hectares. With a production capacity approaching 3000kgs per hectare, the Company produces 4 million kgs of tea annually which translates to about 5.5 million cups per day. This represents about 70% of all tea produced in Malaysia.
Just stop and think on that for a minute ...... 5.5 million cups of tea per day!!
I probably only have two of them.  So who drinks the other 5.499999 million cups then?
Annual tea consumption per person:
Irish: 3230 g
British: 2460 g
Japanese: 1080 g
Chinese: 350 g
Korean: 32 g
But to get a more accurate measure of tea drinkers CLICK HERE and read more on the wikipedia site. 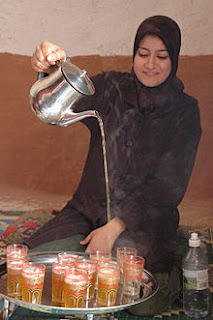 Image above shows Moroccan tea being served. It is poured from a distance to produce a foam on the tea.
But back to the Cameron Highlands of Malaysia .... here are some of the images that I took on the drive to the Boh Tea Plantation: 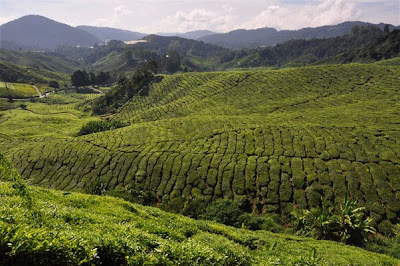 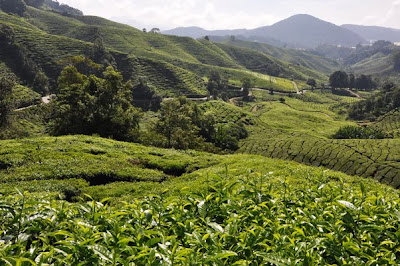 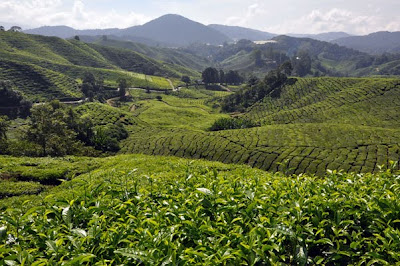 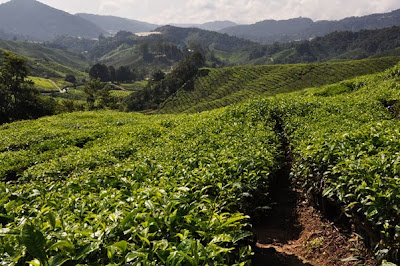 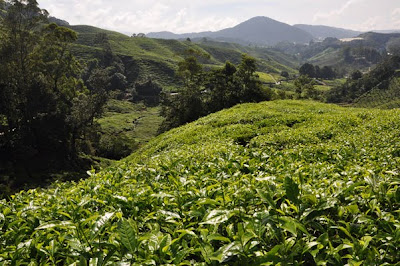 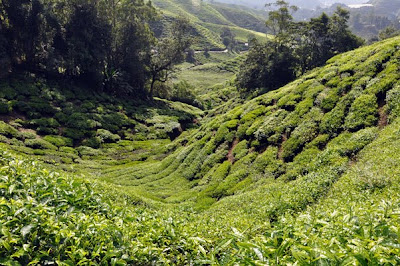 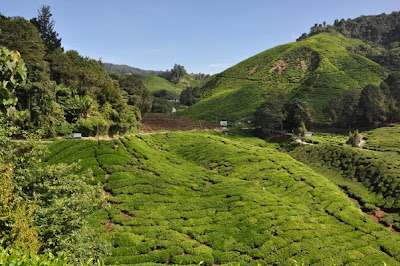 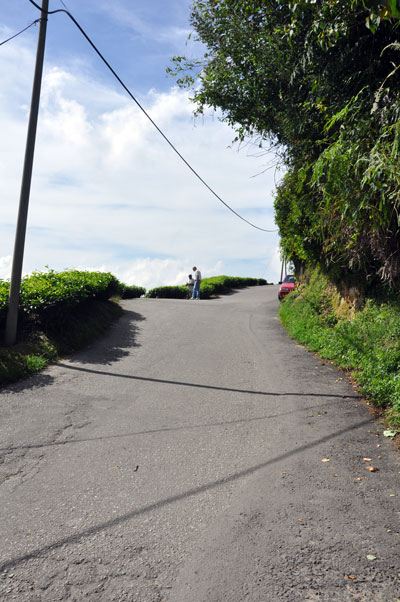 The road was very narrow and the driver often had to stop and wait while another vehicle passed us .... some stopped by the side of the roadway to view the scenery and take photos.
We also stopped to watch the workers harvest the top tea layer by machine ..... but it was still quite primitive. After the 'machine' made its way over the tea bushes, another worker came along and cut the rest by hand. 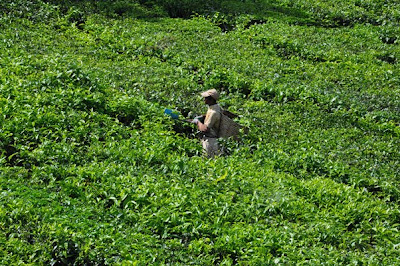 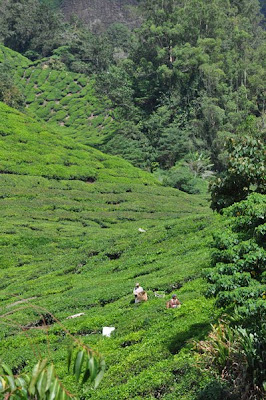 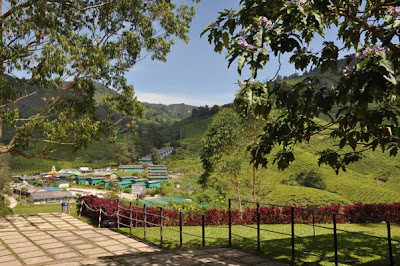 The image above shows the workers huts at the Tea Plantation in the distance from the Cafe. Below is John enjoying is cup of tea and the view from the cafe. 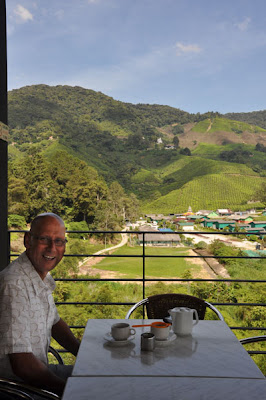 after our few hours at the TEA PLANTATION we visited the STRAWBERRY FARM as seen in the previous blog posting.
We had a lovely time in the Cameron Highlands and found there was plenty to see and do while there. One day we walked into the town of Tanah Rata which will be in the next blog post.

Click here to read about Booking the Bus .
To read about the bus trip on May 7 to the Highlands, click HERE.For the posting of: In summary .... COMFORT The posting on The Smokehouse Hotel is here. Click here for the blog posting on the Rocking Chair
To wander around the gardens of the hotel, click here. The blog about the flowers of the Highlands, click HERE.

It is lovely! Does it smell wonderful there?