Australian cuisine has the most diverse range, quality, and inventiveness than many others in the world.

However, it took Australia some time to evolve from the scenes of meat pies, Vegemite sandwiches, and sausage rolls to the scene of dishes such as "seared kangaroo fillet with wilted beetroot greens and roasted onions".

But the humble Australian Meat Pie is still top of the culinary list for John! 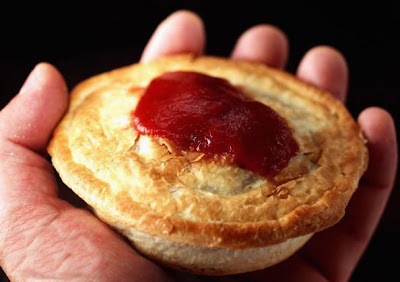 The meat pie, an Australian culinary specialty and icon, is the biggest selling food at sporting events and festivals throughout Australia, with 260 million pies being eaten in Australia each year. The meat pie is essentially a casing of pastry into which a mixture of meat and gravy is poured then baked.

The culinary art of Australia only luxuriated in the 1990s. But at that time, it was already considered the most adventurous in the world. Each capital city has seen a swarm of new restaurants within the genre 'Modern Australia' cuisine, with inventive chefs at the helm and an audience of willing hedonists at the ready. This data is on this website.

This culinary reawakening is due to two factors: the wealth of superlative Australian produce, including native food, and the plethora of international cuisine brought to Australia by its immigrants from all over the world.

Australia is also well known for its fresh ingredients such as seafood, local fruits, beef and lamb, as well as its world class cheeses. Like in Italy and France, Australia can be divided into regions that are known for particular produce such as King Island cream, Sydney rock oysters, Bowen mangoes, Coffin Bay scallops, Tasmanian salmon, and Illabo milk-fed lamb. Each state has its acknowledged specialties, which travelers should take advantage of.

To summarize the varieties of food in Australia, it is then necessary to categorize them into modern Australian food, bush tucker, Asian food, and Australian's favorite.

anyway, enough about the basic Australian foods, this blog is supposed to be about what I ate when in Melbourne last week, which I might add, not all of it was that 'healthy'.


and to think I did not take a photo of everything. That is amazing and am sure will surprise many of you! I am thinking back about various meals and realise there are many foods I did not photograph. But I manage a few as seen below: 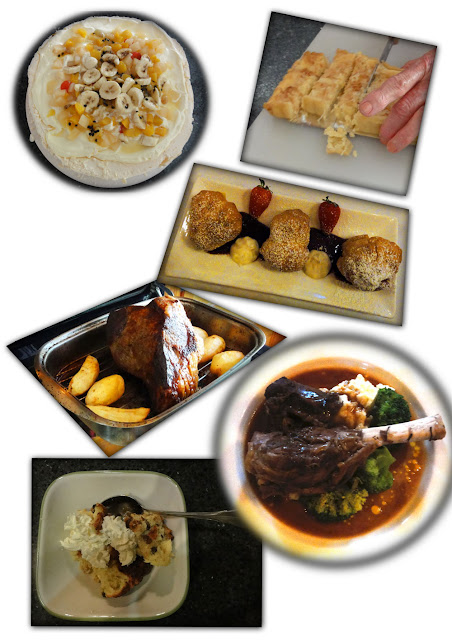 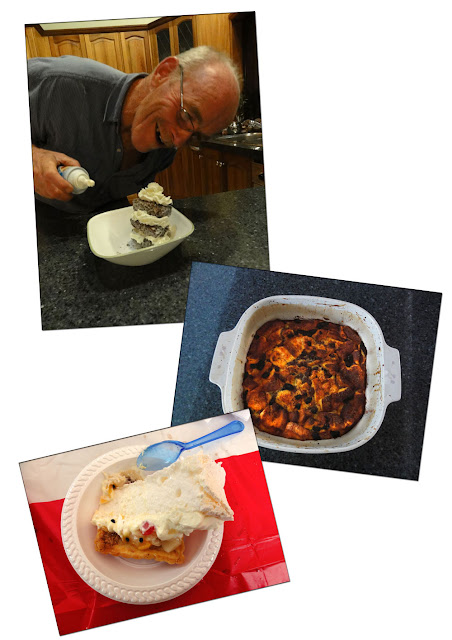 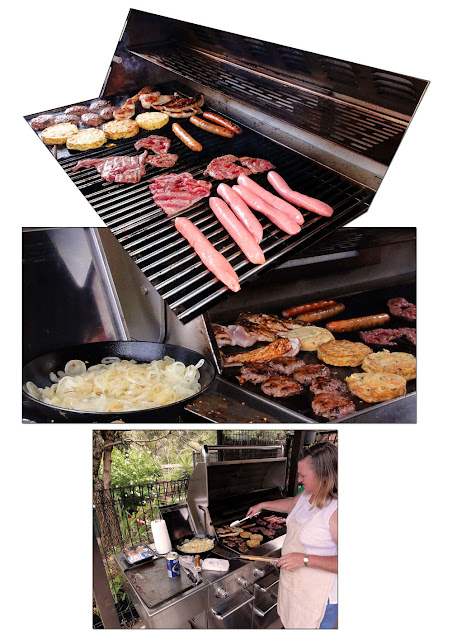 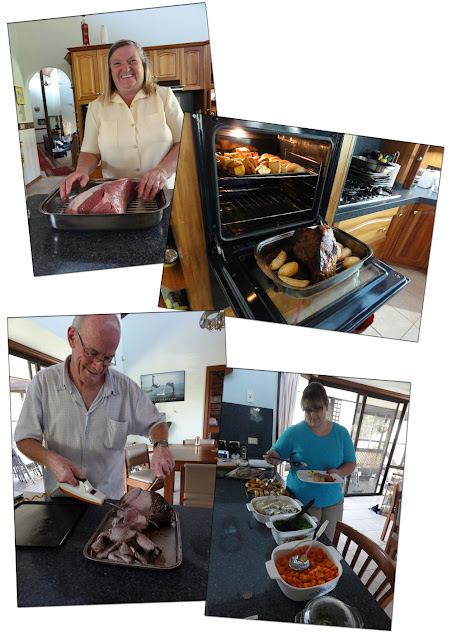 from the top, and not in any order at all .... there was the pavlova, the frangipani tart, the profiterole's, the roast potatoes and beef, lamb shanks, bread and butter pudding, my brother (Ron) adding extra cream to the lamingtons,  the typical Australian BBQ with Julia at the helm, then comes a real roast .... a real beef roast with baked taties, baked sweet taties, baked pumpkin, peas, carrots, gravy, mint sauce, and then cauliflower and broccoli with white sauce ....


no, I have not stepped on the scales since I have been back in Singapore ... so don't even ask!


But check this out: 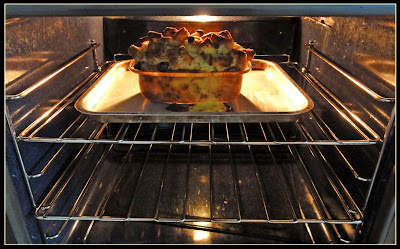 that is a Bread and Butter Pudding baking in the oven that Julia made - with a heap of love stirred in for good measure - for me to take back to Singapore for John.


Now tell me, who should be getting on the scales eh?


I do know that mom would have enjoyed the times around the food table with her family last week. She did not like a large variety of foods as she preferred to stick with plain cooking and didn't like pork or any white meats, was not keen on many vegetables either, give her a slice of pavlova or a devonshire tea or just a plain cheese sandwich and she was in her element.

But she did enjoy these times regardless of what was on the menu and we will remember her at all future family get togethers around the dinner table. 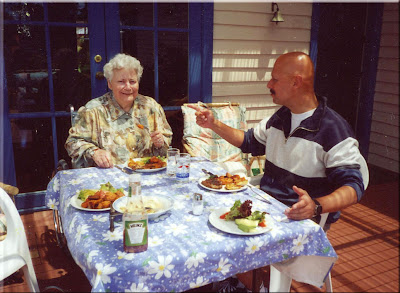 Lovely food...I know you enjoyed yourself...how sweet to take bread and butter pudding back to John in Singapore. And was touched about your comments about your Mom...she must have been a very special lady!