our visit to St Peter's Basilica in Rome

The Papal Basilica of Saint Peter, officially known in Italian as Basilica Papale di San Pietro in Vaticano and commonly known as St. Peter's Basilica, is a Late Renaissance church located within the Vatican City. St. Peter's Basilica has the largest interior of any Christian church in the world. 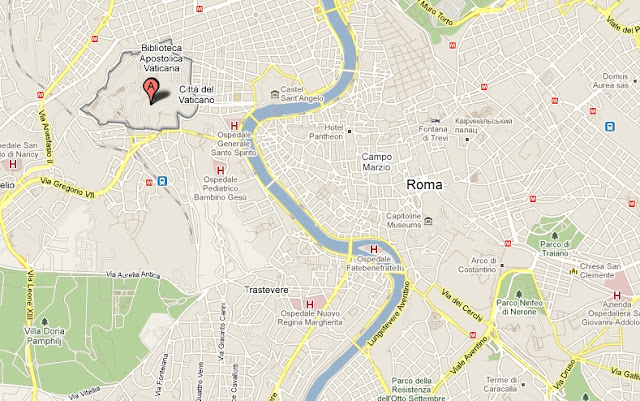 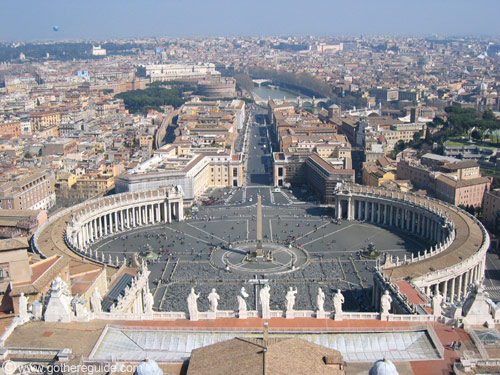 (the above image was located on one of the gothereguide of St Peter's)
and according to Wikipedia:
It is regarded as one of the holiest Catholic sites. It has been described as "holding a unique position in the Christian world" and as "the greatest of all churches of Christendom".
It certainly is incredibly impressive, both externally and internally. We visited here on our first day in Rome, but there is so much to see at St Peter's, that we returned on the second day and spent another four hours there.


This blog post and the images that are attached are of the external area only. These first images are of the Apostles on the facade of St Peter's. 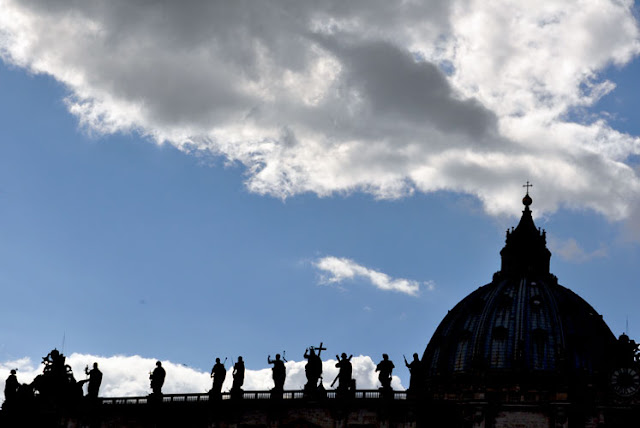 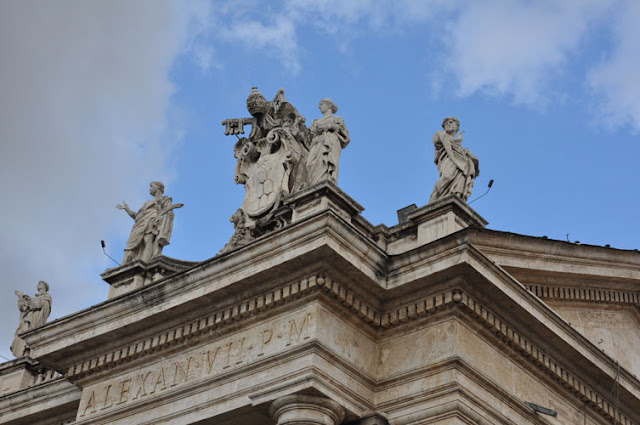 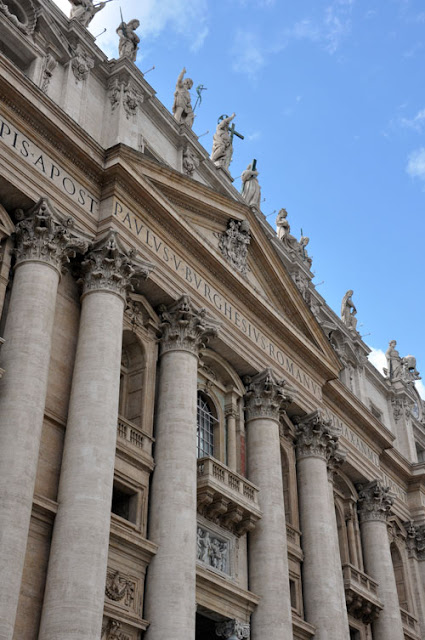 Carlo Maderno designed for St Peter's a façade which was very similar to a palace, because it lacked the central higher section, which usually characterizes the façade of churches. This decision was due to the need of not hiding the view of the dome, a view which had already been impaired by the prolongation of the eastern arm of the church originally designed by Michelangelo. The need to emphasize the religious nature of the façade and to increase its verticality led to the decision of positioning 13 large statues on its top. The statues show Jesus with the Twelve Apostles, or to be precise eleven apostles and St John Baptist. The missing apostle is St Peter, because he was portrayed (with St Paul) in a statue in the square very near the façade. 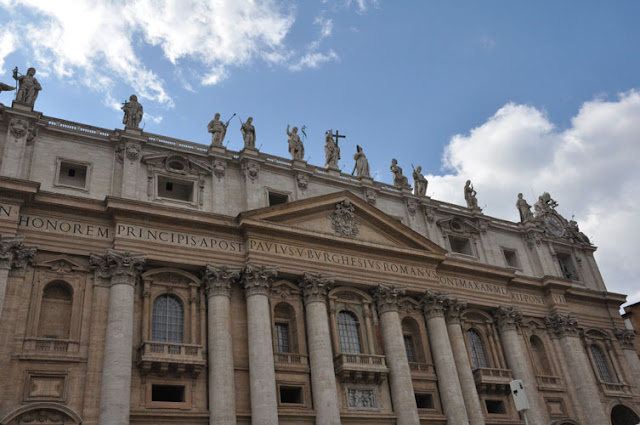 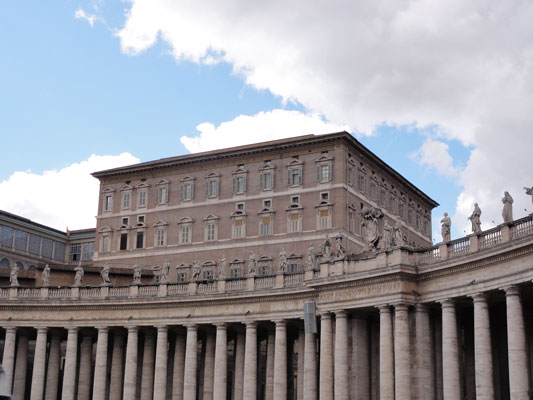 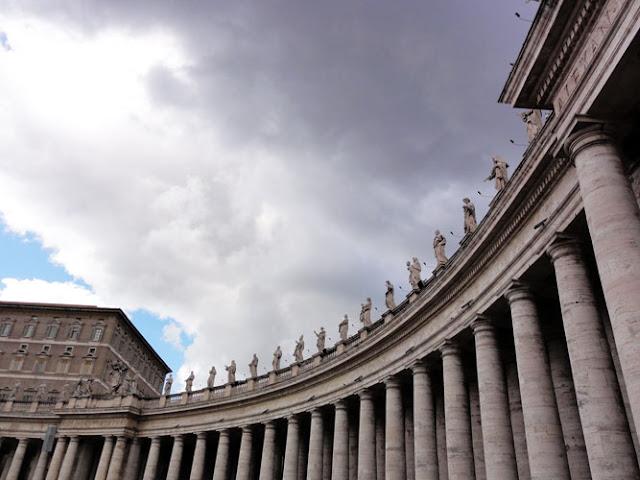 Below is the large balcony that is situated at the centre of St. Peter's Cathedral (San Pietro) and is the location from which the pope periodically delivers his "urbi et orbi" blessing. The announcement of a new pope also occurs from this famous balcony located off the library. 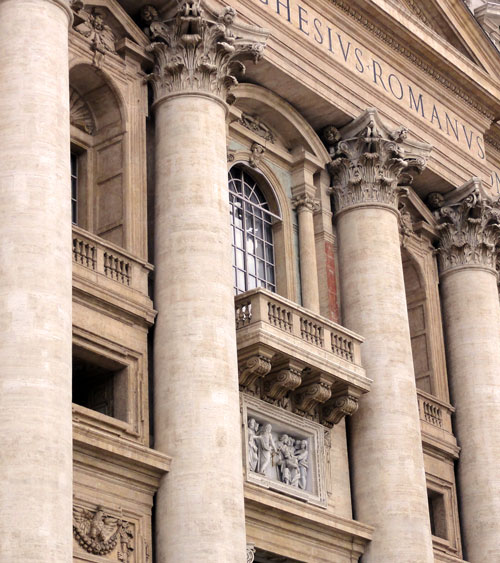 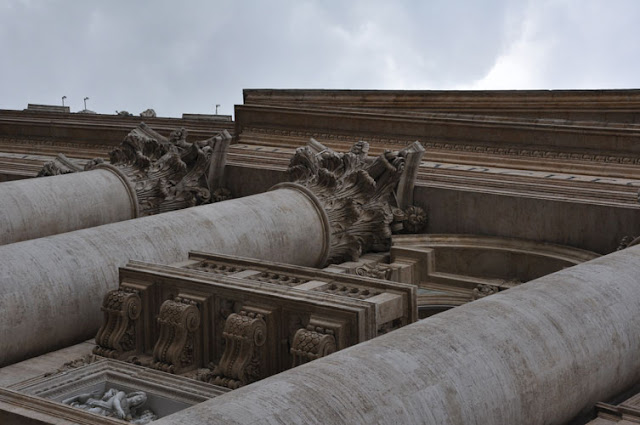 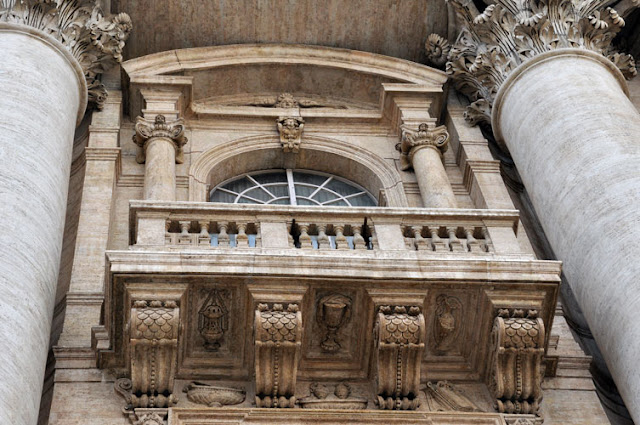 The obelisk from Egypt (1835 BC), was brought to Rome in 37 BC by Emperor Caligula for his circus. It became the witness of martyrdom of St. Peter and other Christians. Sixtus V had Fontana move it to its current position in 1586. 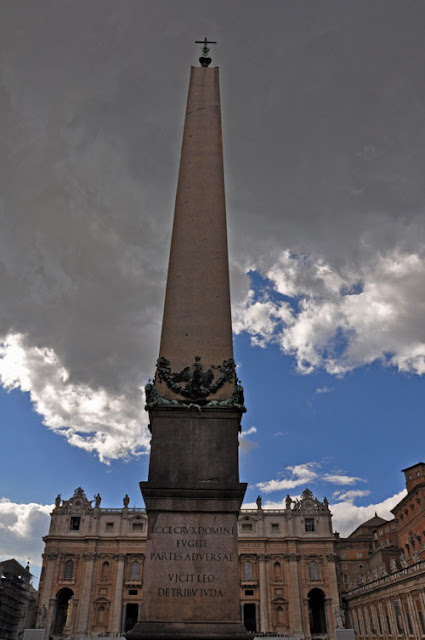 on the second day of our visit, we arrived by 9.45am and already the queue was quite long.... very difficult to see here in this first image, but looking closely, we were at the end and it extends from the far right - where I am standing - to the far left as far as you can see ..... this was in early April, I cannot imagine how long the queue's would be in the 'high season' of July and August. Though, surprisingly, this 'long queue' only took us 15 minutes to get to the main entrance at the security point. 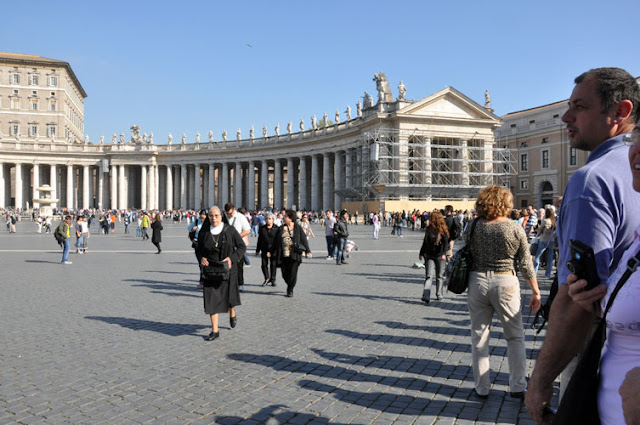 In this image (below) I am standing on the main steps and the queue goes from the far left, past all the buildings and to the far right..... by this time it would probably take the people at the far right of the image about 25 minutes to reach where I am standing. 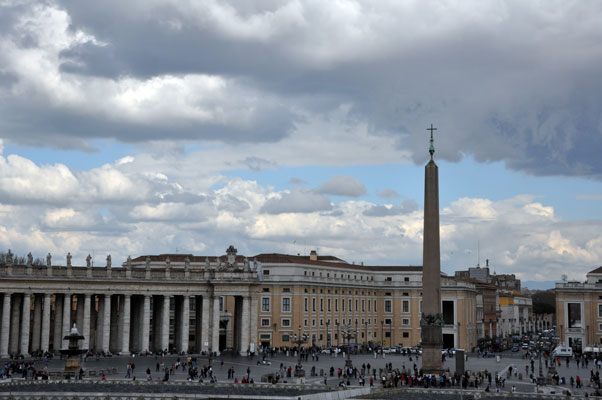 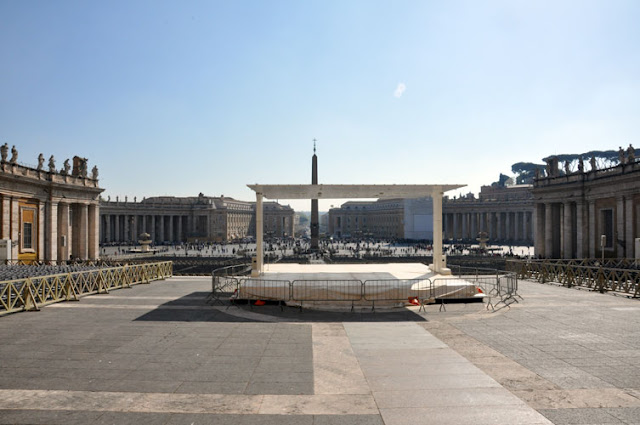 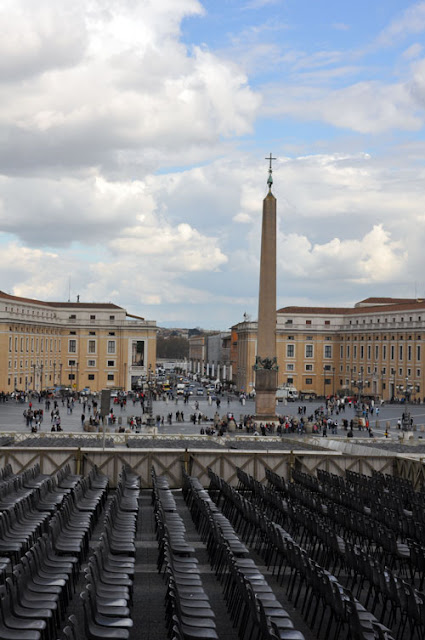 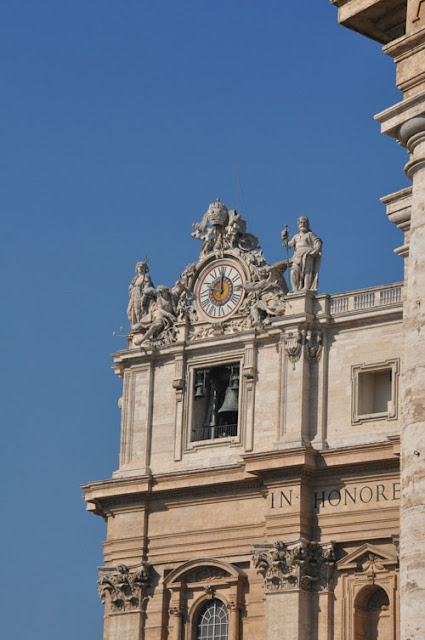