Kuching - after the sun sets on the river 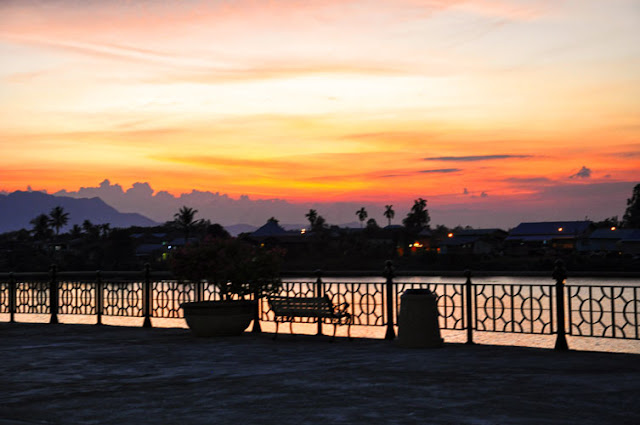 Kuching, which literally means “cat” in Malay, is the state capital of Sarawak. It is the 7th largest city in the country and sits on the banks of the Sarawak River. The Sarawak river splits Kuching into 2 districts – the North & the South. These 2 districts are governed by two separate administrative groups and have two different mayors.
But no one can stay in Kuching without watching the sun setting over the Sarawak River .... either by a commercial sunset cruise or sitting quietly on the riverbank. It truly is quite beautiful. 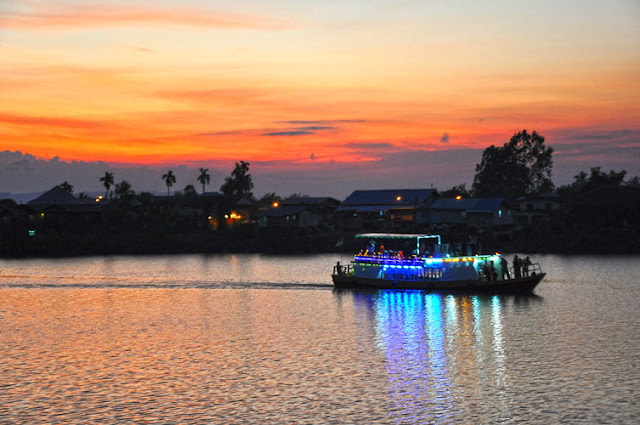 The above is one of the "sunset cruises" returning to the waterfront after the sun has set over Kuching. 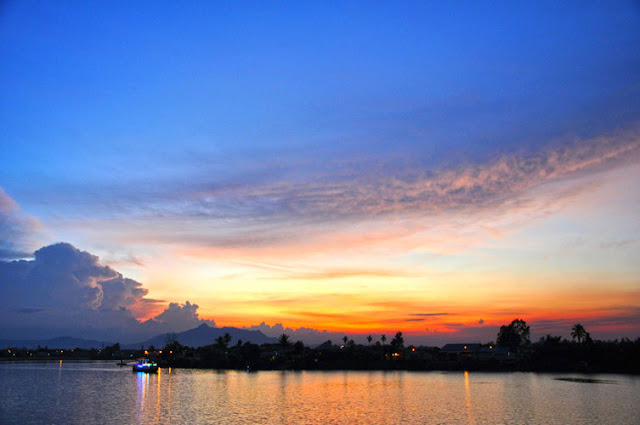 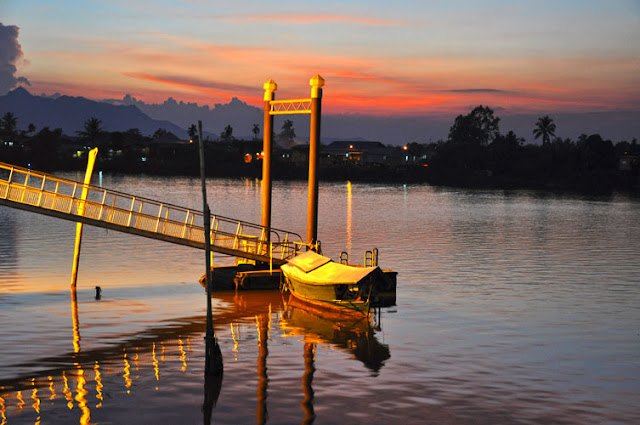 The above jetty and the Tambang is well lit from the lights coming from the main part of the jetty and the image below is of the Sarawak State of Assembly Building which certainly is an imposing sight along the river of an evening! 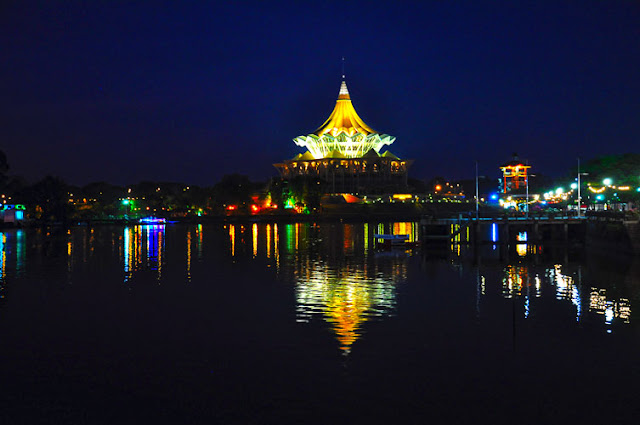 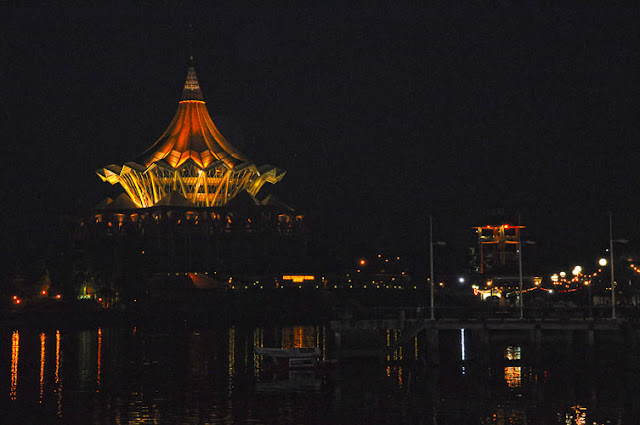 and below is The Astana, the imposing palace on the north bank of the river opposite the Waterfront, was built in 1870 by Charles Brooke as a bridal gift to his wife Margaret. It is nowadays the official residence of the Governor of Sarawak, and therefore not open to visitors. 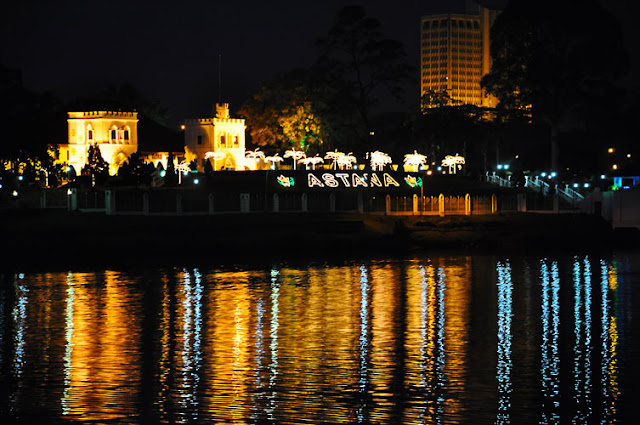 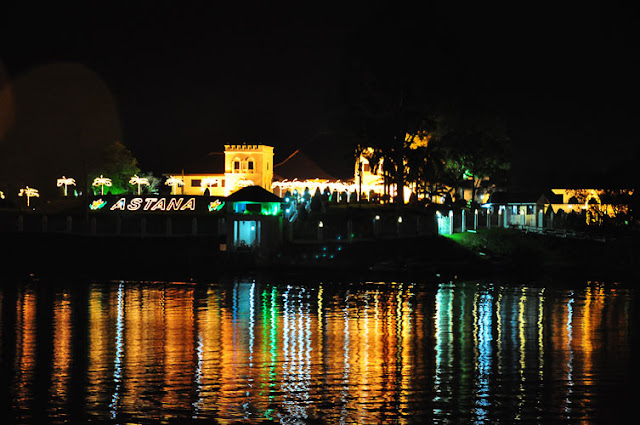 after we spent some time taking photos of the sky, various points of interest, having dinner and walking along the Esplanade it was time to head back to our hotel. It really was a very pleasant way to spend an evening in Kuching! 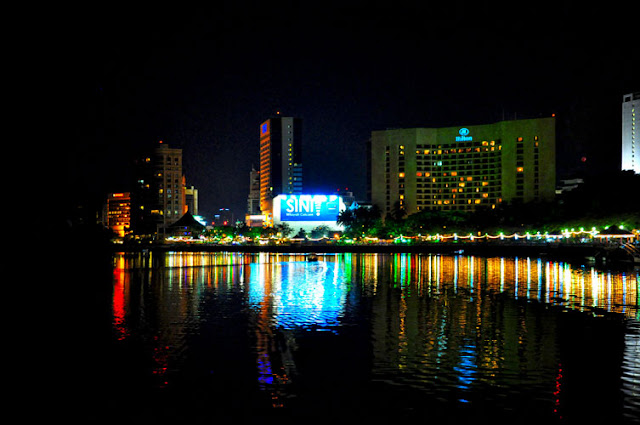