The Terracotta Warriors exhibition will finish here in Singapore on October 16.
The terracotta army buried near the tomb of the First Emperor of China is perhaps the most important archaeological discovery of our time. Unearthed in 1974 outside Xi’an, the thousands of pottery soldiers and horses are striking works of art that tell us a great deal about early China.

one of the displays is of stone armour and a helmet as seen below: 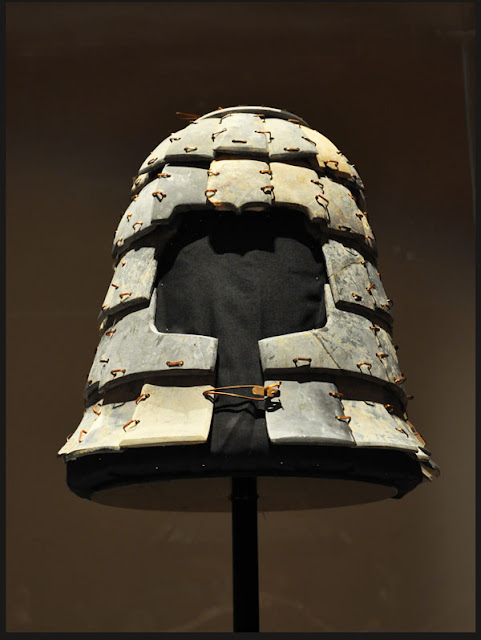 Nearly 150 suits of armour, 50 helmets, and a suit of horse armour were found in a pit. Because limestone is both too heavy and too fragile to have been used in battle, the armour must have played a purely symbolic role. However we do not know who was meant to wear the armour or what it was meant to protect against. And why are there not enough helmets for all the suits. 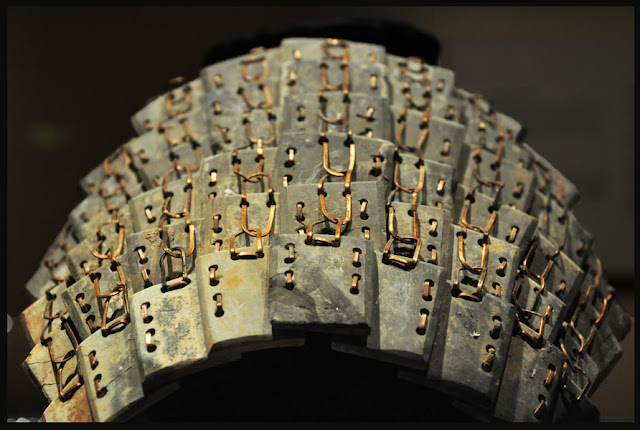 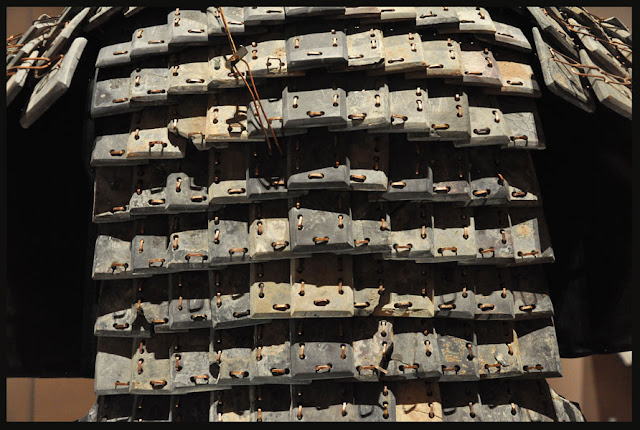 This is the first in a series of blog posts on the exhibition.

Second in the series is HERE
Terracotta Warriors: The First Emperor and His Legacy