The Terracotta Warriors exhibition will finish here in Singapore on October 16.

This exhibition features one hundred artefacts from Shaanxi province in China. Besides terracotta figures, the display contains important bronzes and jades from the Qin state before the time of the First Emperor, Shi Huangdi. The Han dynasty inherited the legacy of unified China, and charming terracotta figures from this later period show how the First Emperor’s tomb influenced later burials.

The exhibition highlights new interpretations and poses questions about what we really know of the remarkable terracotta army. Recent excavations have revealed a variety of objects, including painted warriors, acrobats meant to entertain the emperor, chariots and life-like birds. Many of these are presented in the exhibition.
The terracotta army buried near the tomb of the First Emperor of China is perhaps the most important archaeological discovery of our time. Unearthed in 1974 outside Xi’an, the thousands of pottery soldiers and horses are striking works of art that tell us a great deal about early China. 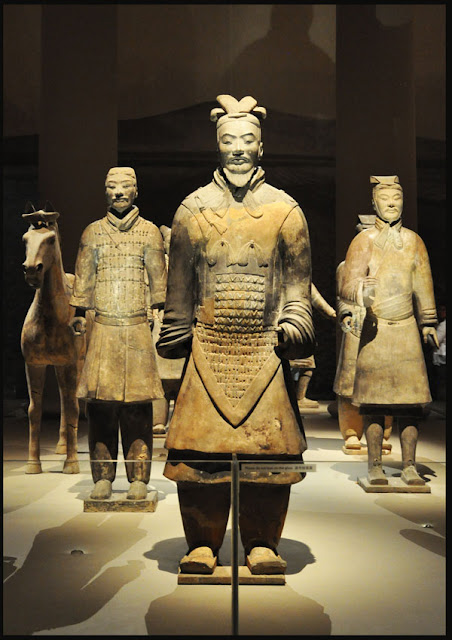 Officers can be identified by their moustaches and headdresses. They were also taller than the average terracotta soldier, but not as tall as a general.

The figures vary in height according to their roles, with the tallest being the generals. The figures include warriors, chariots and horses. Current estimates are that in the three pits containing the Terracotta Army there were over 8,000 soldiers, 130 chariots with 520 horses and 150 cavalry horses, the majority of which are still buried in the pits. Other terracotta non-military figures were also found in other pits and they include officials, acrobats, strongmen and musicians. 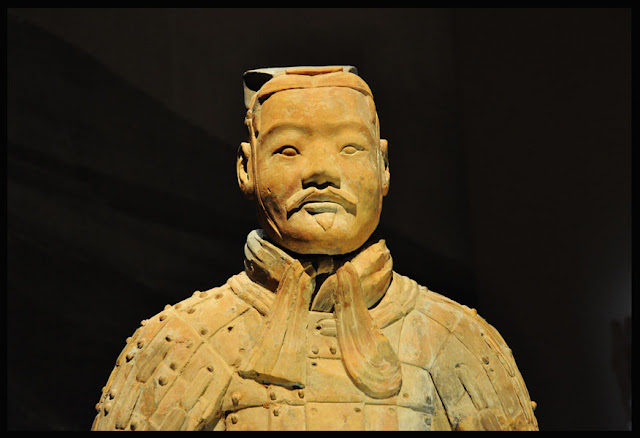 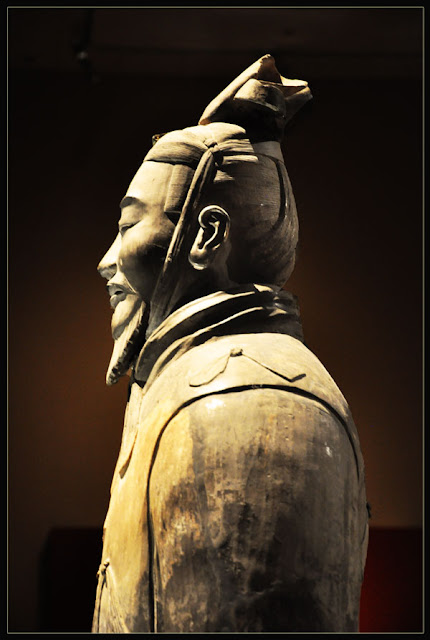 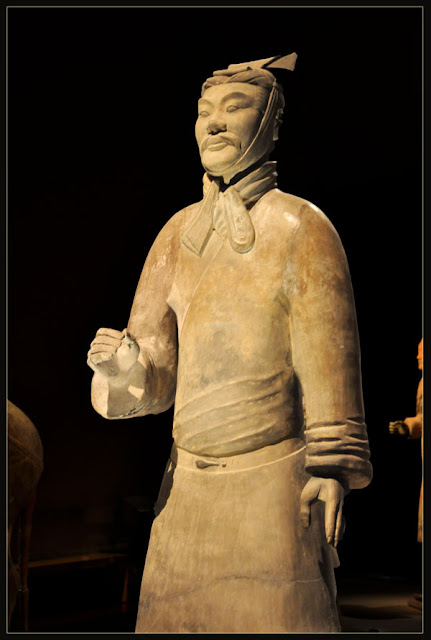 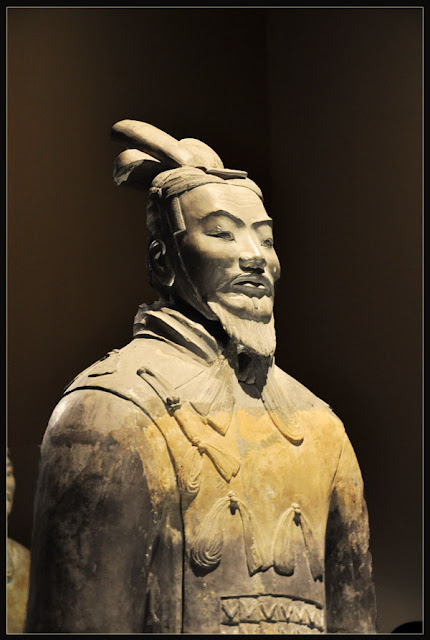 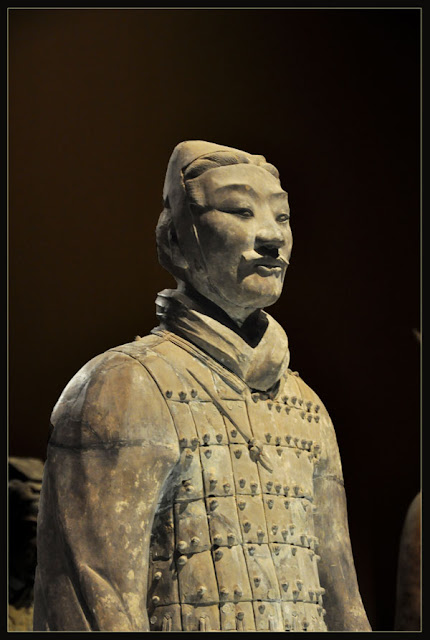 The terracotta figures are life-sized. They vary in height, uniform and hairstyle in accordance with rank. Most originally held real weapons such as spears, swords, or crossbows.

Most of the original weapons were thought to have been looted shortly after the creation of the army, or have rotted away, and the colour coating has flaked off or greatly faded. However, their existence serves as a testament to the amount of labor and skill involved in their construction.

If you have not visited the Asian Civilisations Museum to see the Terracotta Warriors, do so before this fine exhibition finishes on October 16. 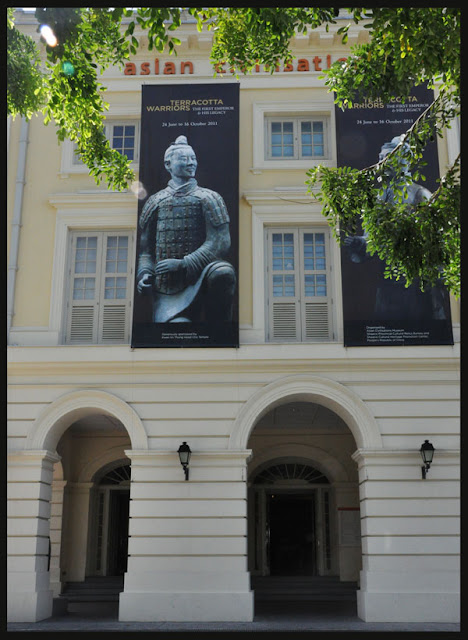 This is the second in a series of blog posts on the exhibition.
First one is HERE on "the suit of armour"
Terracotta Warriors: The First Emperor and His Legacy