do not judge a book by its cover!

Early in November we decided to visit Hanoi in Vietnam, somewhere we have wanted to go for quite some time but just kept "putting it off" due to time restraints. We didn't want to go just to Hanoi, we wanted to include Halong Bay and hopefully a trip to Sapa as well.

So the planning started.

First of all we needed to know the dates involved and to be able to book accommodation in Hanoi.  We chose to arrive on November 23 so I had barely three weeks to organise the trip!

First of all - a hotel.  But what hotel?

Do a Google search on "Hanoi Hotel" and you will come up with endless possibilities and prices - as with Trip Advisor, the same.  So many to choose from. Most seemed to be around $200.00 to $300.00 per night. We would usually stay in one of the Starwood Hotels, but this time we needed to be more careful with the dollars and we wanted to do extra side trips to Sapa and Halong Bay.

I went with Trip Advisors recommended Hotel and that being the Royal Palace Hotel. It was central to most area's we wanted to visit. I checked the reviews, I checked their website and then sent an email to check the prices! 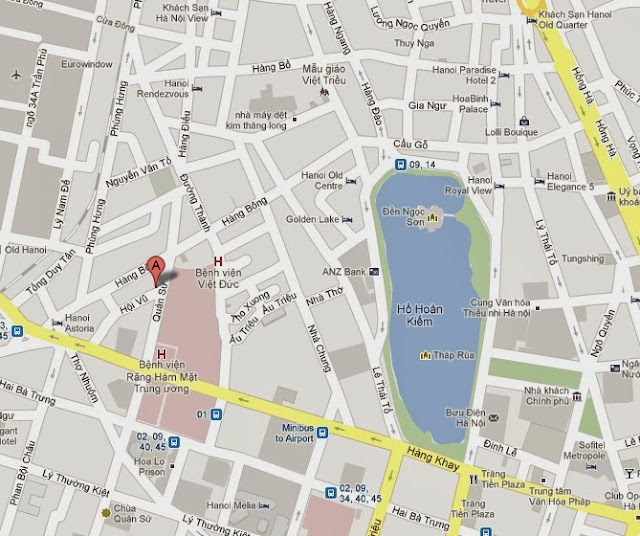 The reply came back within a matter of hours from Ms Hoa Tran, the Royal Palace Hotel's  Sales Executive.

Warm greeting from Royal Palace hotel, thank you so much for choosing our hotel as your accommodation in Hanoi!

We have Royal Balcony room available for your selected dates. We see you have two people, so we advise you should take the Royal Double at 65$/night instead of Royal Family.

We were very happy with the offer of $65.00 per night for a balcony room that included breakfast and airport pick up and drop off.... and we then continued with the rest of our trip planning.

November 23 came around far too quickly and off we went.

After much messing around at Hanoi Airport for our Visa's we were certainly very happy to see our name card being held by the cab driver that was waiting to take us to the hotel. 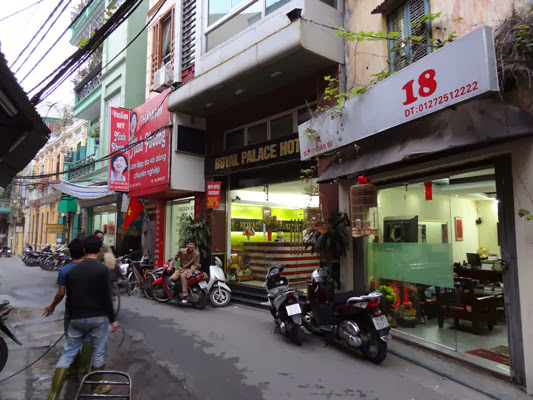 As we turned into the small side street my first reaction was "oh my, what have we let ourselves in for?"

We were welcomed very warmly by the staff and asked to take a seat while they offered us fresh fruit and drinks whilst doing the usual 'checking in procedure' and then we were taken to our room. 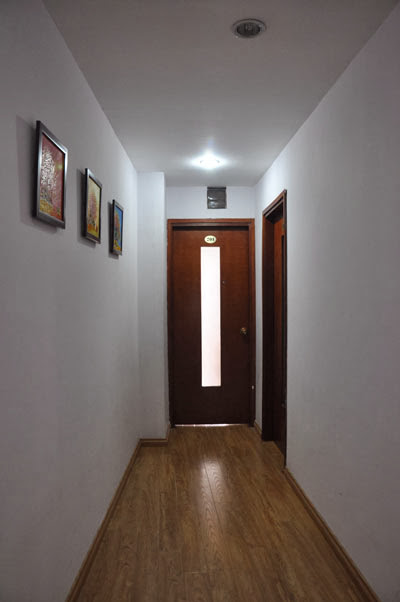 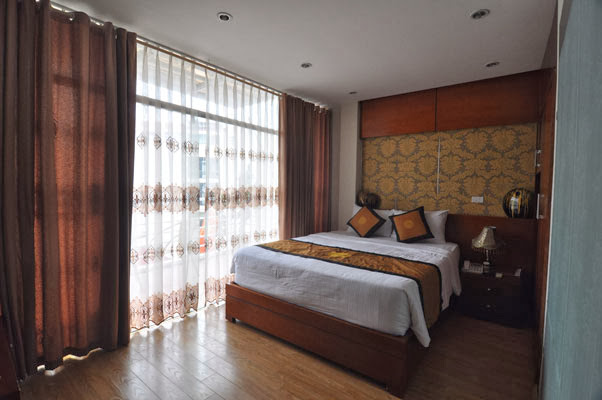 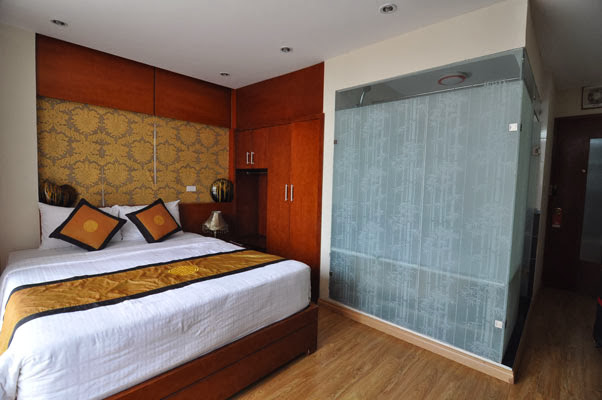 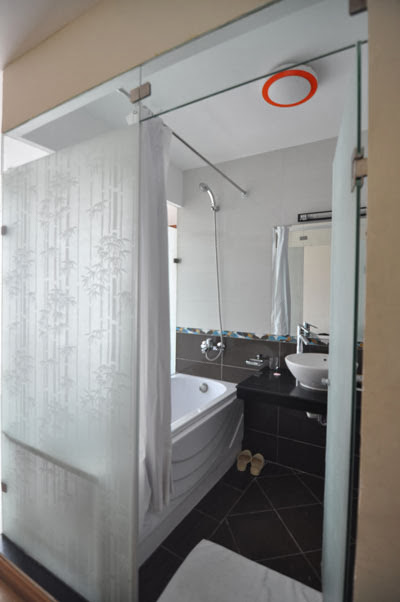 The room and balcony was better than we expected, though a little tired. But at $65.00 per night, what were we expecting?  We intended to be out each day and only sleep here for four nights over the 10 days we were to be away. 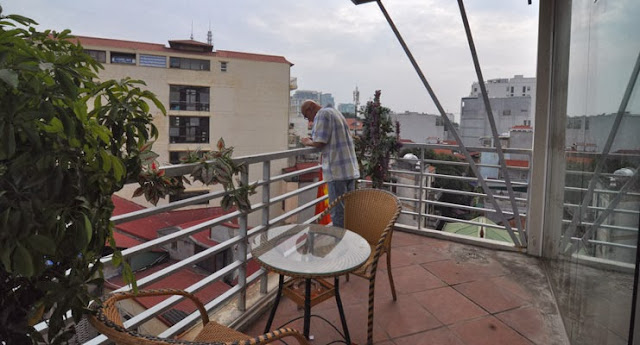 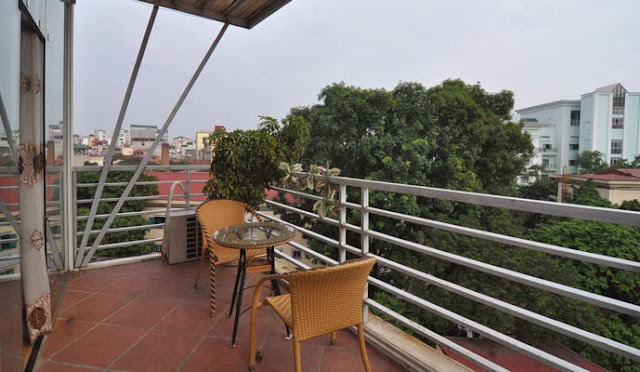 The next morning we headed down to breakfast and found to our delight a full menu offering pancakes, cereal, yoghurt, fresh fruit, noodles, eggs, toast and many other dishes too.

After breakfast we asked at reception for some advice about what to see in Hanoi and out came the map and pen and we were soon on our way to explore the old quarters of Hanoi!

We had a wonderful day exploring Hanoi and when we returned to the hotel we asked if they could suggest a restaurant to have dinner.  They had a few suggestions and one of them being the KOTO Restaurant (which I will blog about later) and so the hotel booked a table for us for that night.

Early the next morning we were heading to Halong Bay for three days and asked at reception about storing the major part of our luggage as most of the Halong Bay 'cruises' suggest bringing with you only one small bag or backpack each.  It was no trouble whatsoever for the hotel to store our luggage whilst we were to be away. I call that SERVICE!

Arriving back at the Royal Palace Hotel three days later, our room was ready and waiting for us once again.

The next morning after breakfast we went exploring Hanoi and on our return spent some time relaxing in the lobby area of the hotel having coffee that is available free of charge 24/7 to all hotel guests. While there we wrote a few postcards and enquired at reception about postage .... again, no problem at all. We gave the staff the money for the stamps and he hopped on his motorbike and went straight to the post office to post our mail. I call that SERVICE!

We had some washing that needed to be done, asking at reception they said to bring it down and it would be back that same evening - cost? $2.00 USD per Kg. Nothing was ever too much trouble for them.

We had made previous arrangements with Ms Hoa Tran (of the Royal Palace Hotel) for a tour to Sapa that was to include the return train journey (blog post later) two days of trekking, a one night homestay (blog post later) and were to leave the following evening. Again they were more than happy to store our luggage as we were only taking two small day packs with us. A cab was organised to take us to the train station and the 'bell boy' followed on his motor bike, meeting us at the station. We were so happy that he was with us as the train tickets are a little hard to follow for the uninitiated! 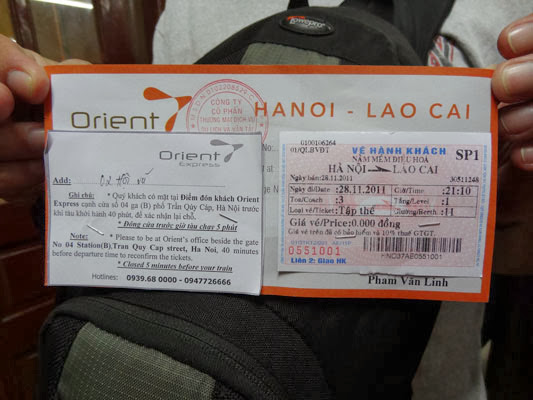 Not only did he take us through the main gate, but across the many rail lines (no platforms here!) to the correct train, to the correct carriage and right to our cabin. I call that SERVICE!

We were more than happy with the tour that the Hotel had planned for us. After the overnight train journey we were met at the Lao Cai train station by the driver of the shuttle bus and taken direct to a hotel in Sapa where we were met by the tour guide that had been organised for us.

Travelers bound for Sapa, one of the most attractive destinations in Vietnam, normally choose to travel by the night train to the city of Lao Cai, on the Chinese border. Trains in either direction will arrive in the early morning. At the present time, there are 14 different private train carriages on the night run to Lao Cai, and these carriages provide comfortable, air conditioned, sleeping berths and clean Western lavatories.

After two magical days trekking around Sapa and beyond we returned on the overnight train that arrived in Hanoi at 4.30am. As we alighted the train who did we see standing there on the rail tracks waiting for us?  Yes ... a staff member of the hotel came to pick us up and had already organised a cab for us as we exited the train station. Yes, at 4.30am. I call that SERVICE! 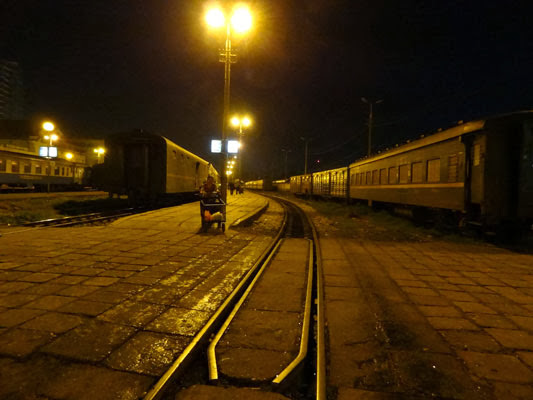 On our arrival at the hotel the reception staff already had a room for us to shower and freshen up before breakfast. Yes, at 5.00am and I call that SERVICE!

After spending four nights at the hotel we are certainly qualified to comment on the Royal Palace Hotel, its staff and the services they provide. The hotel maybe a little 'tired' and in need of some TLC, but its the service, the helpful reception staff and the friendliness of all the staff that is to be commended. 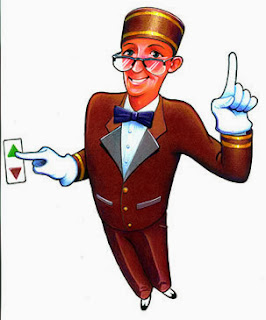 We would not hesitate to recommend this hotel to anyone that is going to Hanoi. It is not classed as 5 star, but we felt we had better service here than in any 5 star hotel we have ever stayed in.

KOTO Restaurant  - hotel can book a table for you.

This is the first of many blog postings on our visit to Hanoi and beyond. So stay tuned!!

Great post. It is wonderful to read about great hotel stays. I really don't understand why so few hotels really provide great service.

Even very expensive hotels service is usually mediocre - they have very nice amenities but they still rarely seem to actually care about providing good service.

I find, small hotels, is where you find really great service. The hard part is lots of small hotels have mediocre service and bad or limited amenities. Price often correlates to amenities but not nearly as much to great service (in my experience).

Sounds a fantastic place and definitely far better service than a lot of top notch places we've stayed in. Look forward to reading the rest of your Vietnam posts - I'm itching to go now too!