There are many parks and gardens in Singapore that you can explore ..... far too many for one weekend. But you can start this weekend by crossing at least one off the list! 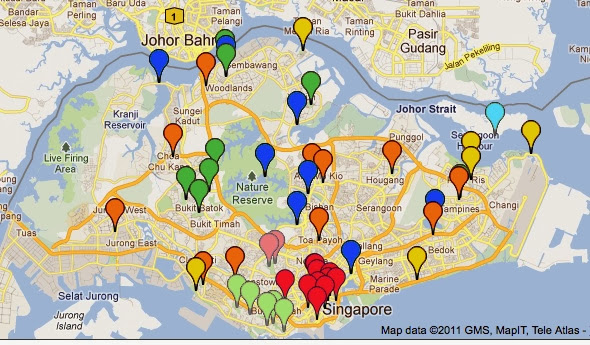 The above image (off the NP website) will give you an idea of where some of the parks you can explore are located.

The best place to start checking on the ones closest to you or the ones that maybe of more interest, would be to check the Singapore National Parks Website (seen below) where you will find a full list of parks and gardens that you can enjoy any day of the week.


On the home page of the SNP website there is a link (on the right) to the DIY trail guides.
To get up close and personal with nature and greenery, embark on any one of the walking or cycling trails in our parks, gardens and park connector networks. Several trails wind through the nature reserves filled with greenery and secondary forests. Set against the backdrop of majestic heritage and native trees, most trails provide excellent opportunities for spotting large numbers of biodiversity and hundreds of bird species. Be it a long seamless walk on a meandering chain of hills and parks, a rustic experience off mainland Singapore or cycling along green belts in the great outdoors, there is definitely a trail suitable for you. 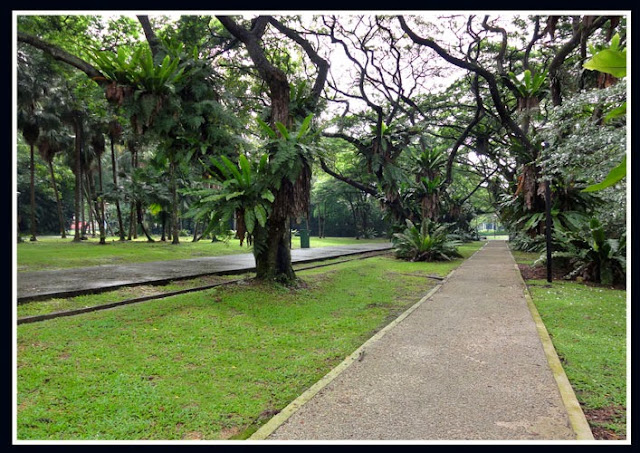 one of them being the Northern Explorer PCN - walking trail:
another being the Tree Trail at Pulau Ubin: 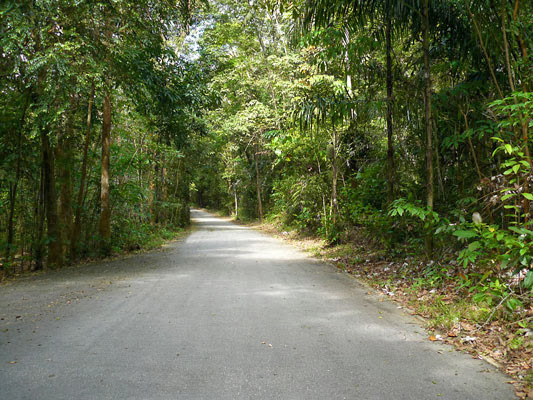 Pulau Ubin is worth exploring at anytime, even if you don't want to do the "Tree Trail".
Shaped like a boomerang, Pulau Ubin (Granite Island) is situated just off the north-eastern corner of mainland Singapore. The 1020-hectare island was once a cluster of five smaller ones separated by tidal rivers, but the building of bunds for prawn farming has since united these into a single island. Two other islets, Pulau Ketam (Crab Island) and Pulau Sekudu (Frog Island), lie to its south. Ubin is largely a series of undulating, granite hills. In the early days, granite mining supported a few thousand settlers.

Much of the original vegetation was cleared for the cultivation of rubber and crops like coffee, pineapple, coconut and jasmine. Today, abandoned granite quarries remain as picturesque relics of Ubin's history, while forests and grasslands have regenerated to cover up the ravages of the past. 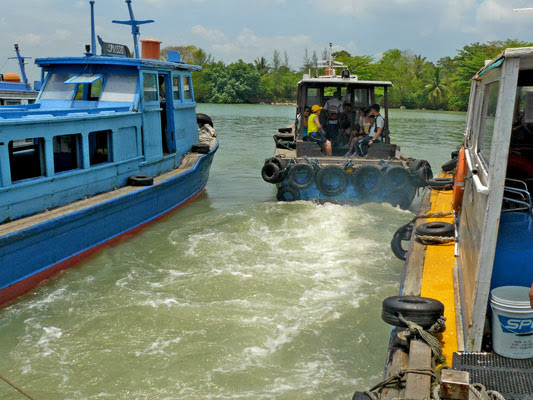 Bumboat operate from Changi Point Ferry Terminal (near Changi Village) from as early as 6am until at least 8pm. The ride takes ten minutes and costs $2.50 per person ($2 extra if you are bringing your bicycle) each way. There are no scheduled departure times to and from Ubin, as bumboats set off only when there are 12 passengers.

The blog post on one of the days we went over is HERE.

But do check the National Parks website for a list of all the parks ... you are sure to find one that will suit.

Parks are not just Nature Parks or City and Heritage Parks ... there are many Coastal Parks to explore too. 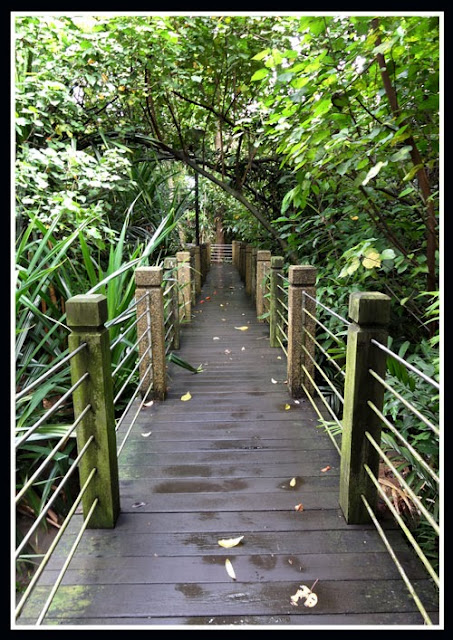 Sembewang Park is a tranquil park, situated in the north of Singapore facing Johor Straits and where we have been Kayaking: 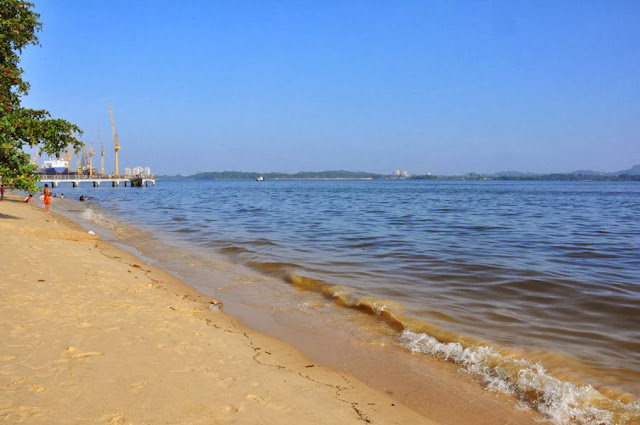 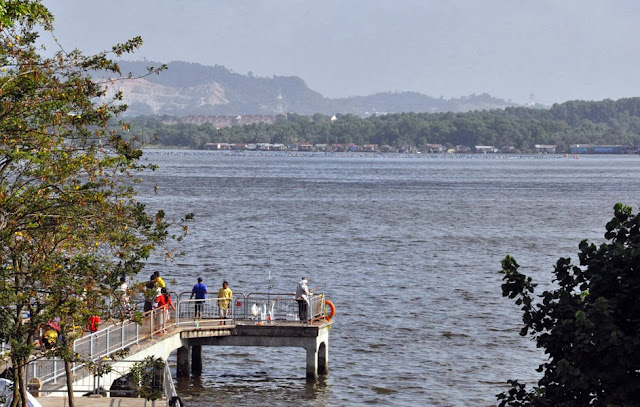 Then there are the Riverine Parks:
MacRitchie Reservoir Park serves as a gateway to the nature reserves. It has become a popular spot for nature lovers and exercise enthusiasts. It is also a great place for morning and evening walks or strolls along the water's edge. 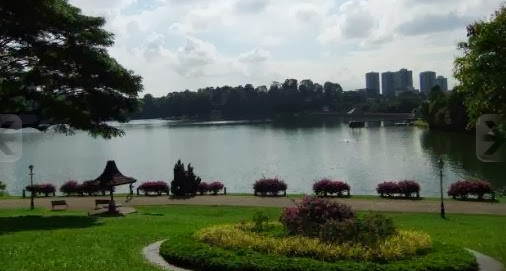 One of the City and Heritage Parks that is listed is the beautiful Tiong Bahru Park which was first developed around 1967 to serve the residents in Henderson, Bukit Merah and Lower Delta Road. In 1977, the park incorporated a nursery site.

The park was later redeveloped in 2000 to reflect a theme of 'Old Frame, New Images'. The upgraded park features many new facilities to meet the recreational needs of different groups of park users and provides a livelier ambiance to the park. An example is the tilting train in the adventure playground that is loved by children. More trees and palms were planted to provide better shade, more greenery and a cool environment for visitors 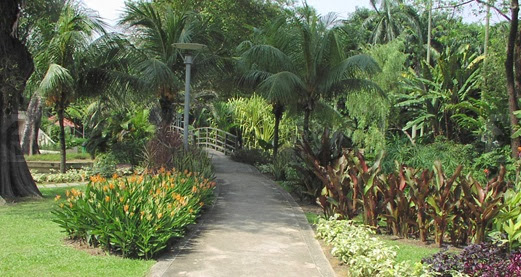 I hope this will give you a few idea's of where you can explore the parks around Singapore and I have not even touched on one of our favourites, which is seen below, the beautiful Bukit Batok Nature Park: 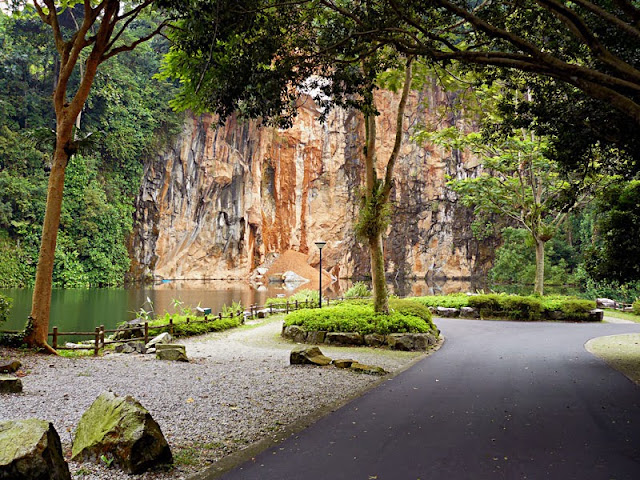 now all you have to do is get out there and explore!!


my previous blog post was on the Singapore Zoo and the
Singapore Botanical Gardens, as seen HERE.

I think Herman Tortoise is the Best Pet Tortoise Ever.The relatively small sized Herman tortoise originated in Europe.It is found in almost all coasts of France and certain parts of Italy.