13,000 Japanese troops had made an amphibious landing in the northwest part of Singapore near Sarimbun, and had started to advance south towards Pasir Panjang. They had already captured Tengah Airfield en route. The 13,000 attacking Pasir Panjang were a significant part of the total strength of 36,000 Japanese troops attacking Singapore as a whole.
and surprisingly enough, a Machine Gun Pillbox is still situated on Pasir Panjang Road as seen in the following images taken yesterday. 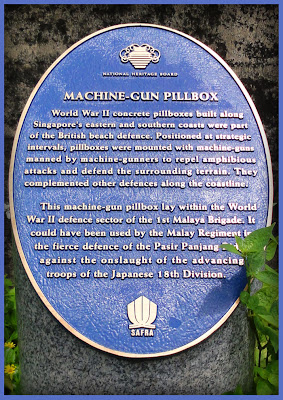 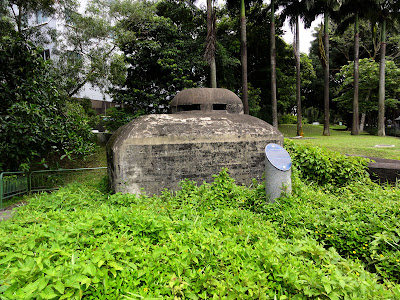 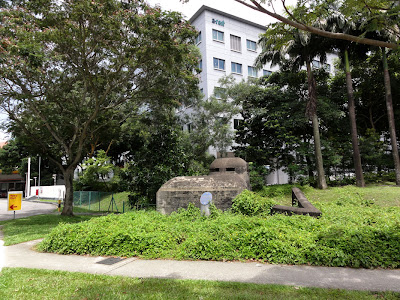 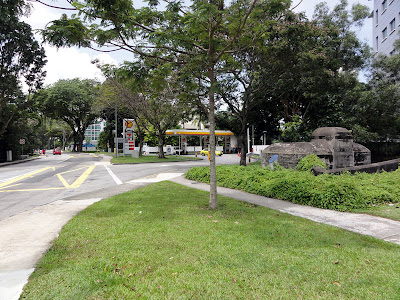 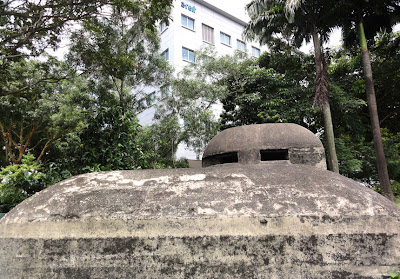 Bukit Chandu (or Opium Hill) is an area in Singapore where the Battle of Bukit Chandu took placed on 14 February 1942 during Battle of Singapore in World War II.
Atop Bukit Chandu (Opium Hill), is a moving WWII interpretive centre inside a renovated villa. The focus is on the 1st and 2nd Battalions of the Malay Regiment who bravely defended the hill against the Japanese in the Battle of Pasir Panjang in February 1942. This was the last major battle for Singapore, the Malay battalions no match for 13,000 Japanese soldiers. Hi-tech displays, films and audio effects transport you to the battle scene.
I think a visit to Bukit Chandu will be top of the list of "things to do"within the coming months.
One of the better websites (or blogs) on the history of Singapore is YESTERDAY.SG so please do log on and become a registered reader and learn more about the history of Singapore.

Enjoy learning more about other countries...thanks for sharing!

Hi,
What a fascinating place. I think it's an excellent idea when there are plaques in these type of places as you can learn so much from reading about the history and what took place. An excellent post and I really enjoyed the read.

Hi, I followed a link on FB On a little street in Singapore. Interesting I've seen the structure many times but never take a close look at the plague. Now I know it's called Machine gun pillbox : )