the tale of the worm!

I had no idea what he was doing! 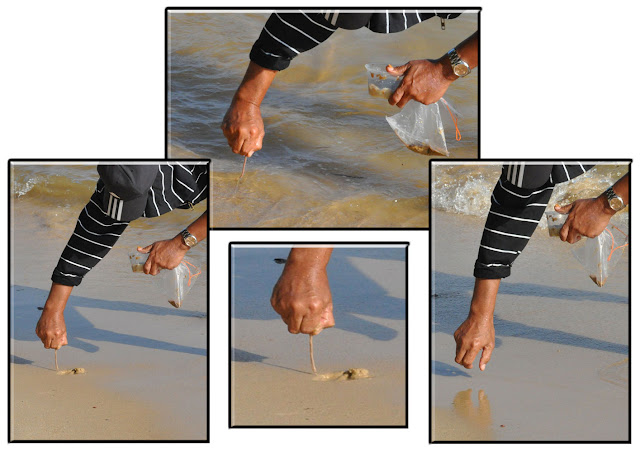 he was gathering worms!
he had a plastic container with mushy bread and
cooked rice and as he walked along the waters edge
and suddenly 'see' where the worm would be,
he would drop some bread onto the sand
then promptly pull the worm out
as it came to the surface to feed! 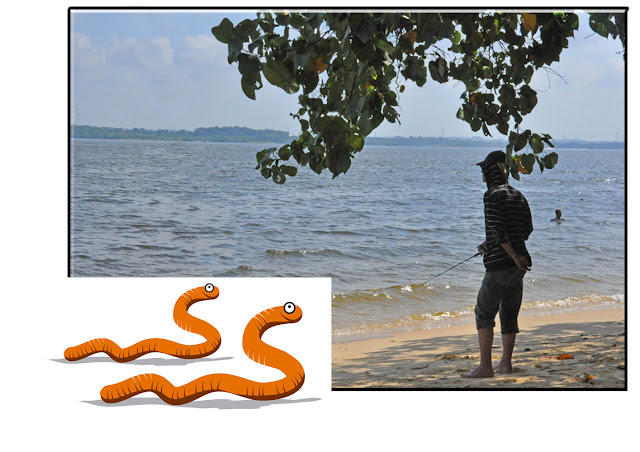 This is one of those fun things of expat life, experiencing little incidents like this that you never learn from guidebooks.

How fascinating...learn something new everyday. Years ago the fishermen used to pick catalpa/"catawba" worms off the catalpa tree in our front yard. They told my Mom they would turn the "catawba" worm inside out and use it for fishing bait! Apparently every fisherman worldwide has his favorite bait!