from Civitavecchia to Rome - by train and bus

The MSC Splendida docked at the port in Civitavecchia, this port being second largest European port for passengers in transit per year..... 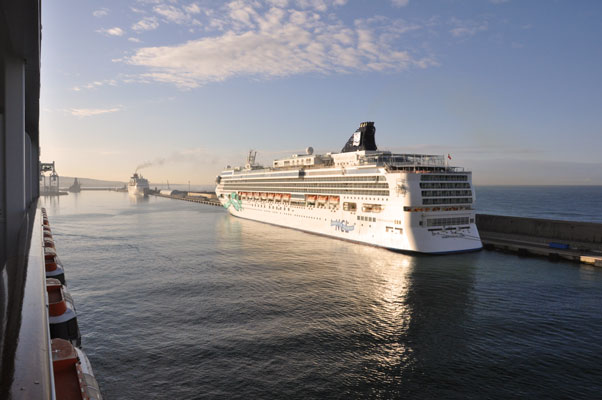 but to get from the port into Rome is by coach or train, unless of course you wish to pay huge numbers of Euros for a cab!
On the first day we were there we took a coach and the second day we went by train ..... each time it took about one hour and 20 minutes. The big surprise for us was the scenery, I don't know what I was expecting, but it certainly was not all the lovely green pastures that we passed by when we went in by bus ... 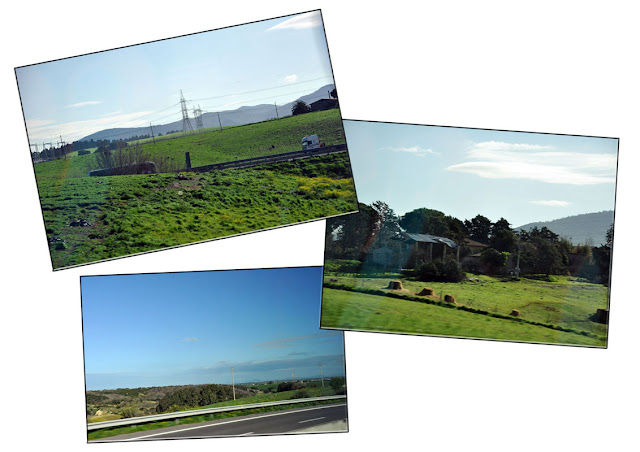 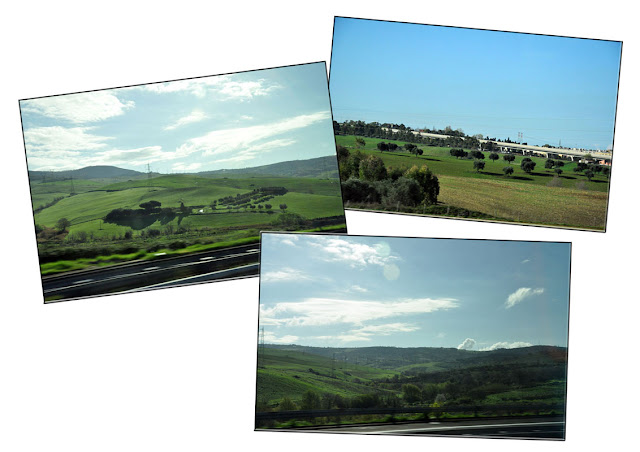 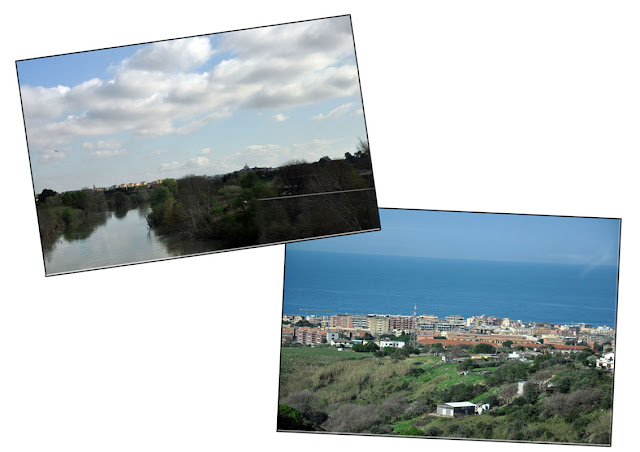 There is a train station in the town of Civitavecchia with several trains per hour going to Rome. Local trains take you to Rome's central station (Roma Termini) in about an hour and 20 minutes. Faster trains can make it in under an hour.
The station is close to the entrance of the port, but quite a distance from where passengers usually disembark. Cruise and Ferry passengers can catch a shuttle to the entrance of the port and walk 4 blocks to the train station, which will take about 10 minutes. 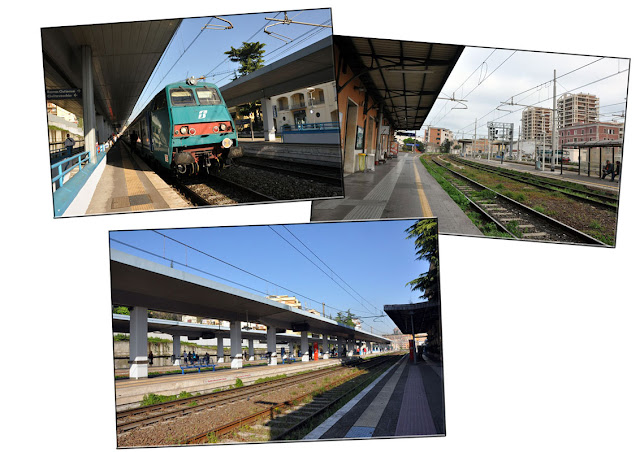 Termini Station is like a small town in itself. There is a large underground shopping centre on two floors including a medium sized supermarket. At platform level are all the travel agents, newsagents and eating outlets you'd expect at any major rail station.

Most of the fast food places are on the main ground level. At the eastern exit is a US style steak house and other sit down restaurants are up on the balcony and around by the car hire desks and airport train platform.

There is also a left luggage facility over on the western side of the station by where the airport train arrives, the car hire desks are also in this area.
Out front is Rome's main bus terminus and below is the intersection of Rome's two Metro lines.
But if returning to your ship at the port of Civitavecchia - from Termini Station - it is wise to get to the station early. well before the train departure time .....  the station entrance to the departure platform is quite some distance and if unfamiliar with the layout of the station, do consider arriving earlier than you intended to. Also remember to 'validate' your return ticket prior to boarding the train. The fine is (I think) about 100 Euros if the ticket has not been validated. 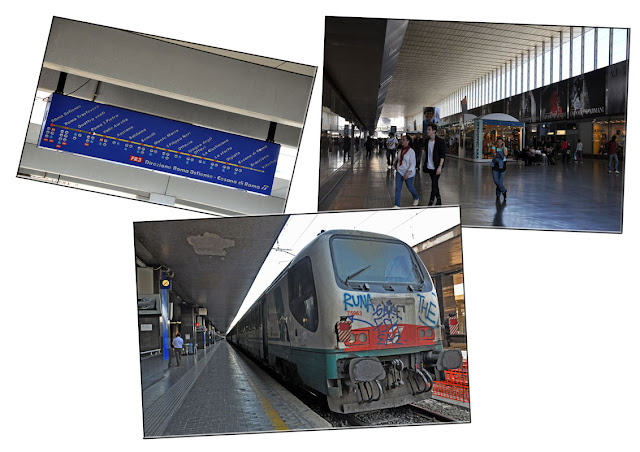 There is a frequent reliable train service between Civitavecchia and Termini Station in the centre of Rome. Along the way it stops near the Vatican and also connects with airport trains to Fiumicino, Rome's main airport. The train is very comfortable, though the 'double decker' train we were on had dirty windows and it was a shame I couldn't take a few photos looking outside!! 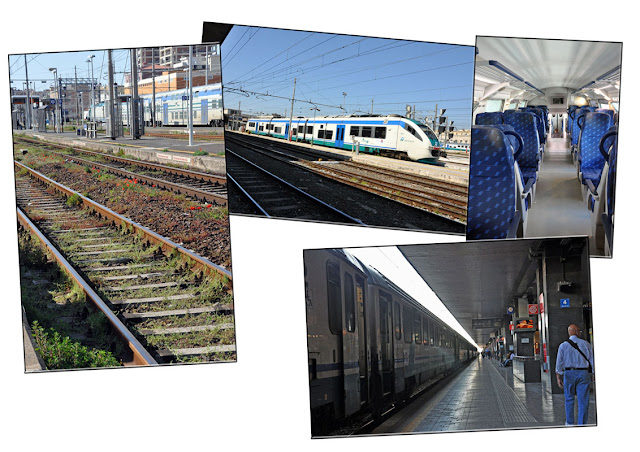 stay tuned for more posts on Rome
my other blog posts on Rome are:
1. arriving in Civitavecchia
2. the Colosseum

Hi Leon, Lovely post! and very nice photos.
I am very new in Singapore. While ago before moving here I have started reading your blog and find it very helpful for a new comer to Singapore, so thank you for sharing all those informations. You really made my life easier :)