our visit to the Semenggoh Wildlife Centre

Last Saturday morning we were up bright and early for our visit to the Semenggog Wildlife Centre and while there we were hoping to see at least one Orangutan. We were more than happy as we managed to see eight of them in the wild. Well perhaps the centre would be considered semi-wild as they are being rehabilitated into the wild, though are free to roam in the jungle area. Most days they return to the Ranger for feeding at about 9.00am and 3.00pm. Our guide mentioned that we would be lucky to see them as often they gather nuts and fruits for themselves, which is what they are being trained to do too. There are many farms in the region where the Orangutan are able to 'steal' the produce.

On wet days the Orangutan also stay away from the centre. The following information on the wildlife Centre is available on the SouthEast Asia Travel website. 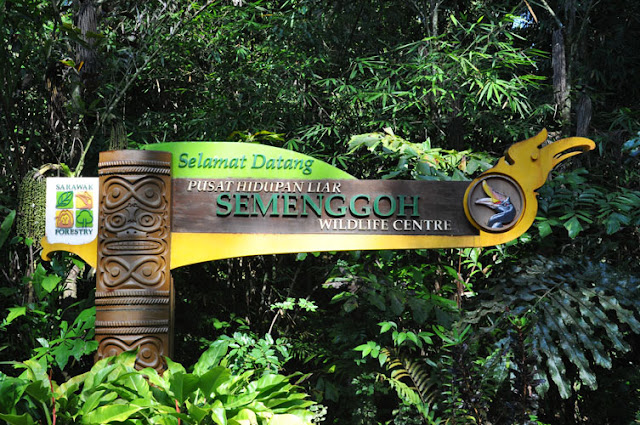 The Semenggoh Wildlife Rehabilitation Centre is located about an hour south of Kuching in Borneo's 1613-acre Semenggoh Nature Reserve. Since 1975 the center has been accepting animals either orphaned, injured, or rescued from captivity and reintroducing them back into the wild.

The Semenggoh Wildlife Rehabilitation Centre is not a zoo; unless quarantined, the animals are not kept in cages and are free to roam about the thick, green forest canopy.

The following two images show the first Orangutan that I saw: 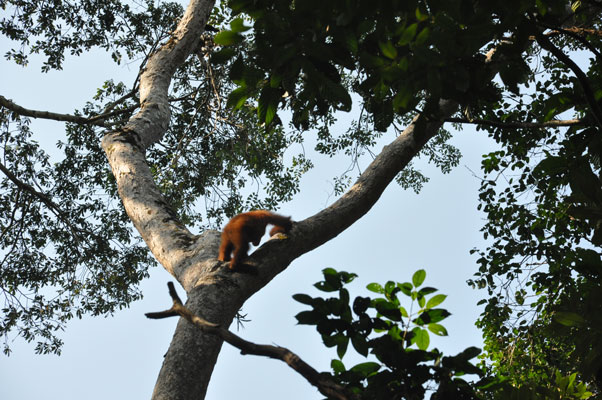 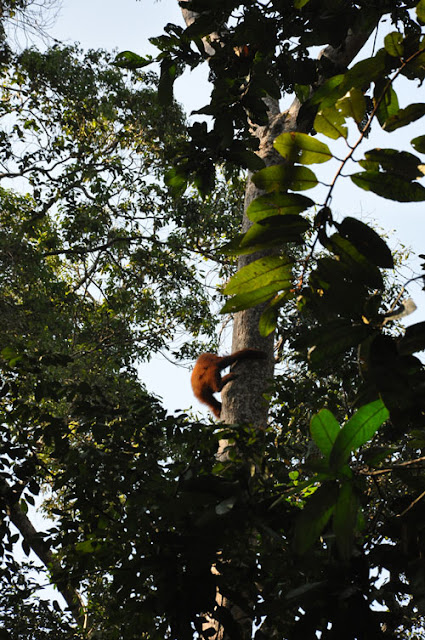 Rather than just attracting tourists, the primary goal of the wildlife center is to actually rehabilitate animals and get them back into the wild if at all possible.

The endangered orangutans are the primary reason that people visit the Semenggoh Wildlife Centre, although the rangers do work with other species including crocodiles and hornbills. The center offers an increasingly rare opportunity to view orangutans in a natural habitat; many orangutans in the refuge are considered semi-wild and rarely come back to the rehabilitation center. 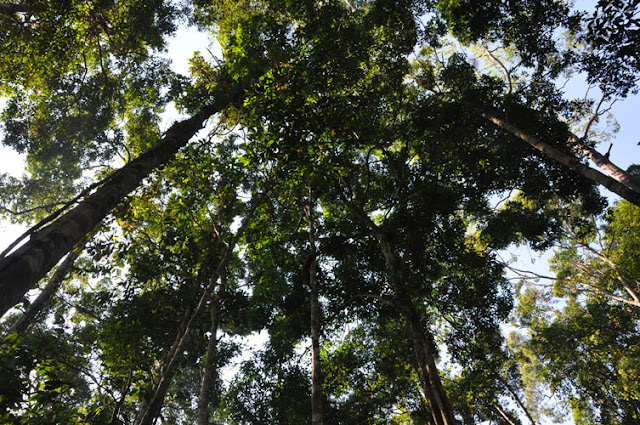 Orangutan means "forest people" in the local language; the name fits well given the primates' superior intelligence and human-like personalities. In 1996 a team of researchers witnessed a group of orangutans making sophisticated tools - and sharing them - for extracting seeds from fruit.

Orangutans are native only to Borneo and Sumatra and are considered extremely endangered. Of the estimated 61,000 orangutans existing in the wild, a little over 54,000 live on the island of Borneo. Female orangutans typically produce only one offspring every seven or eight years, hence the dwindling population.

Seduku - the "grandmother" at the Semenggoh Wildlife Rehabilitation Centre - was born in 1971 and has given birth to several offspring. Ritchie - the alpha male in the refuge - weighs over 300 pounds and was rescued by a journalist. Most of the orangutans at the center are named and the rangers can easily identify them with a glance.

While the Semenggoh Wildlife Centre is doing their best to preserve orangutans in the state of Sarawak, the Sepilok Orangutan Rehabilitation Center is doing their part in Sabah.

In an effort to protect both the orangutans and tourists, the center no longer allows people to walk through the refuge on their own. 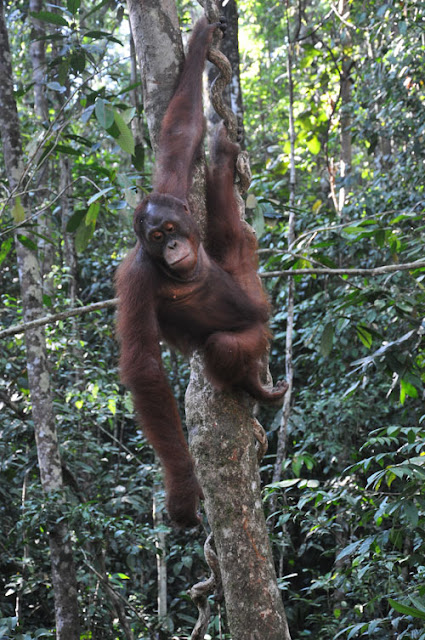 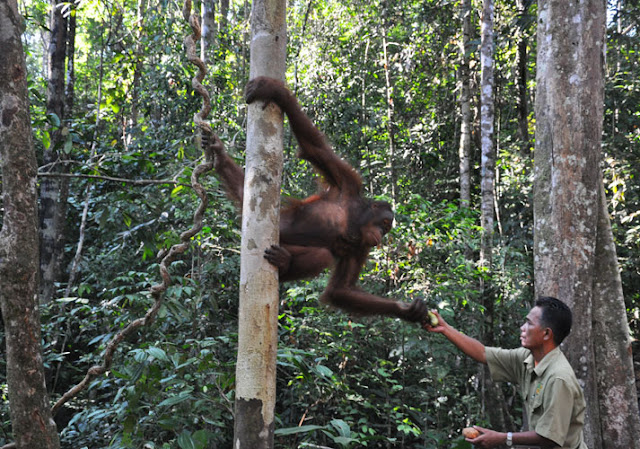 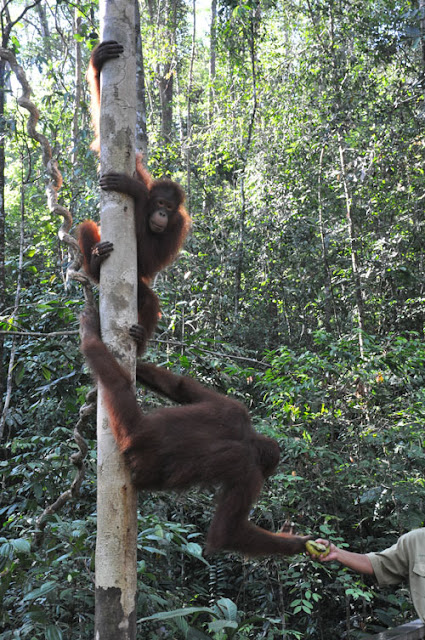 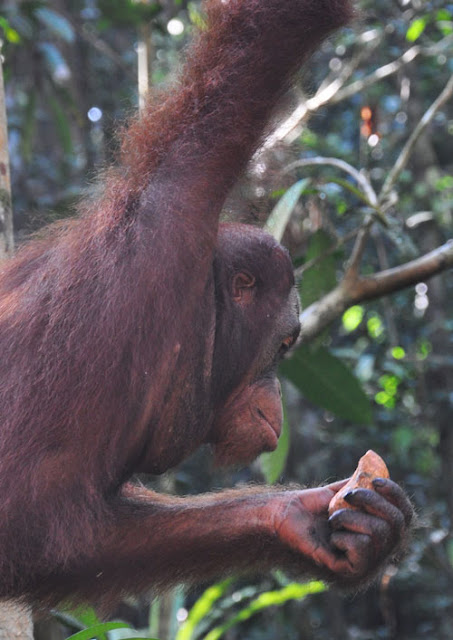 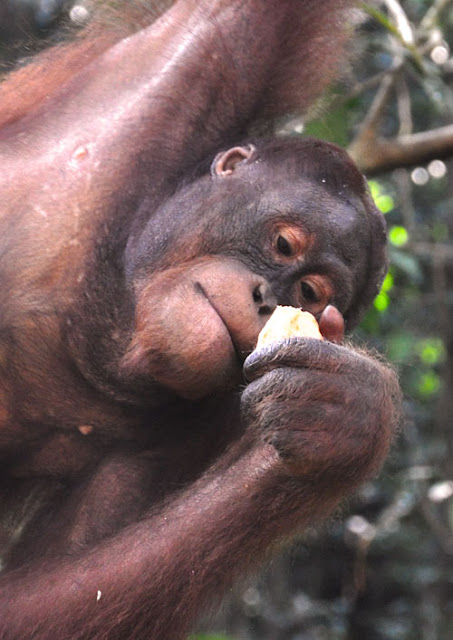 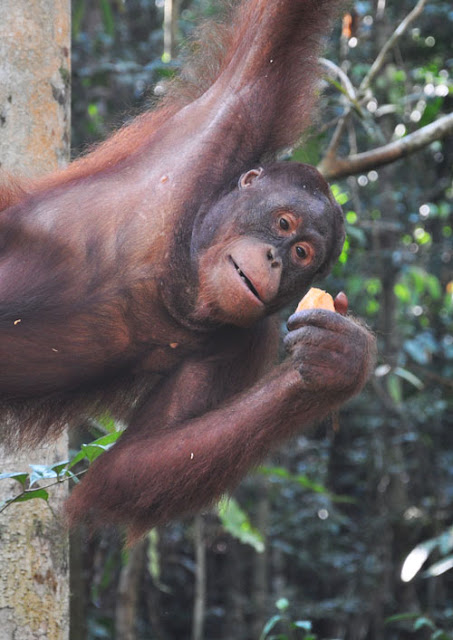 we didn't have to walk far into the dense jungle to see these beautiful animals, perhaps just 250 metre's. 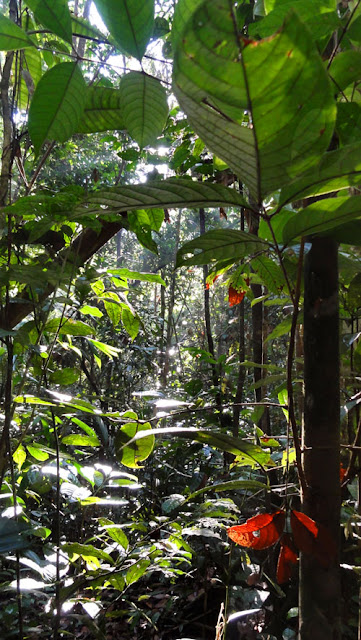 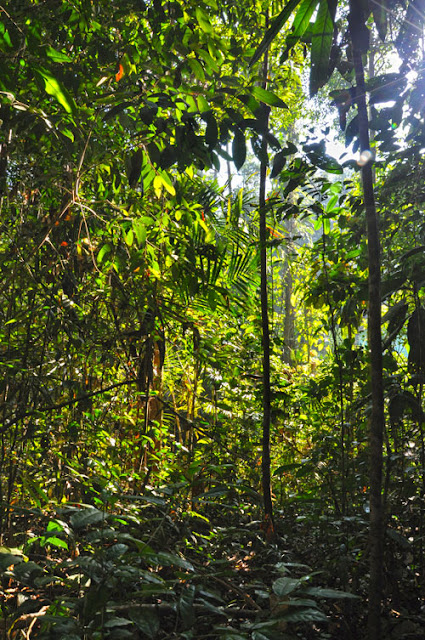 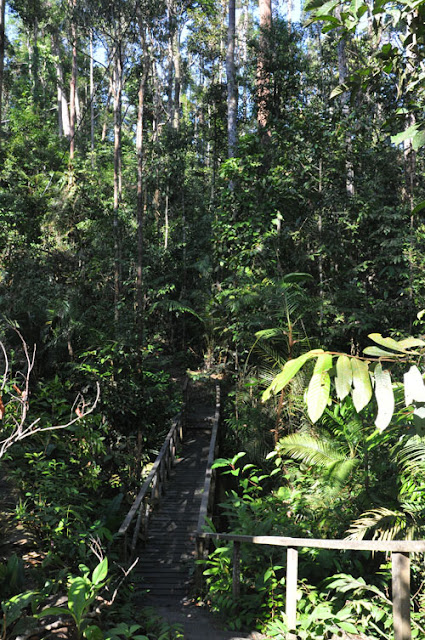 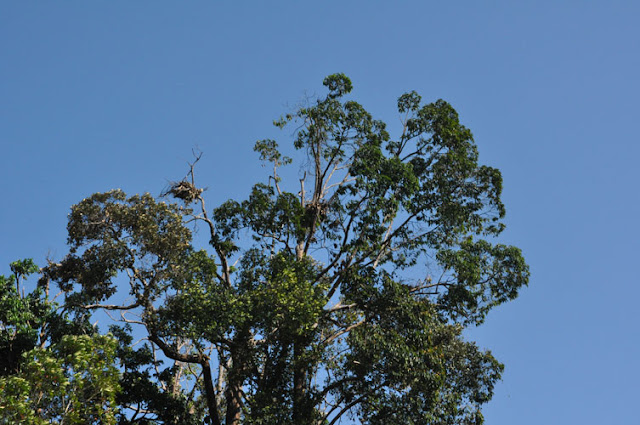 other blog posts on our visit to Kuching are here:

visit to see the Orangutan

So lucky to see the orangutans, I would love to see them!!